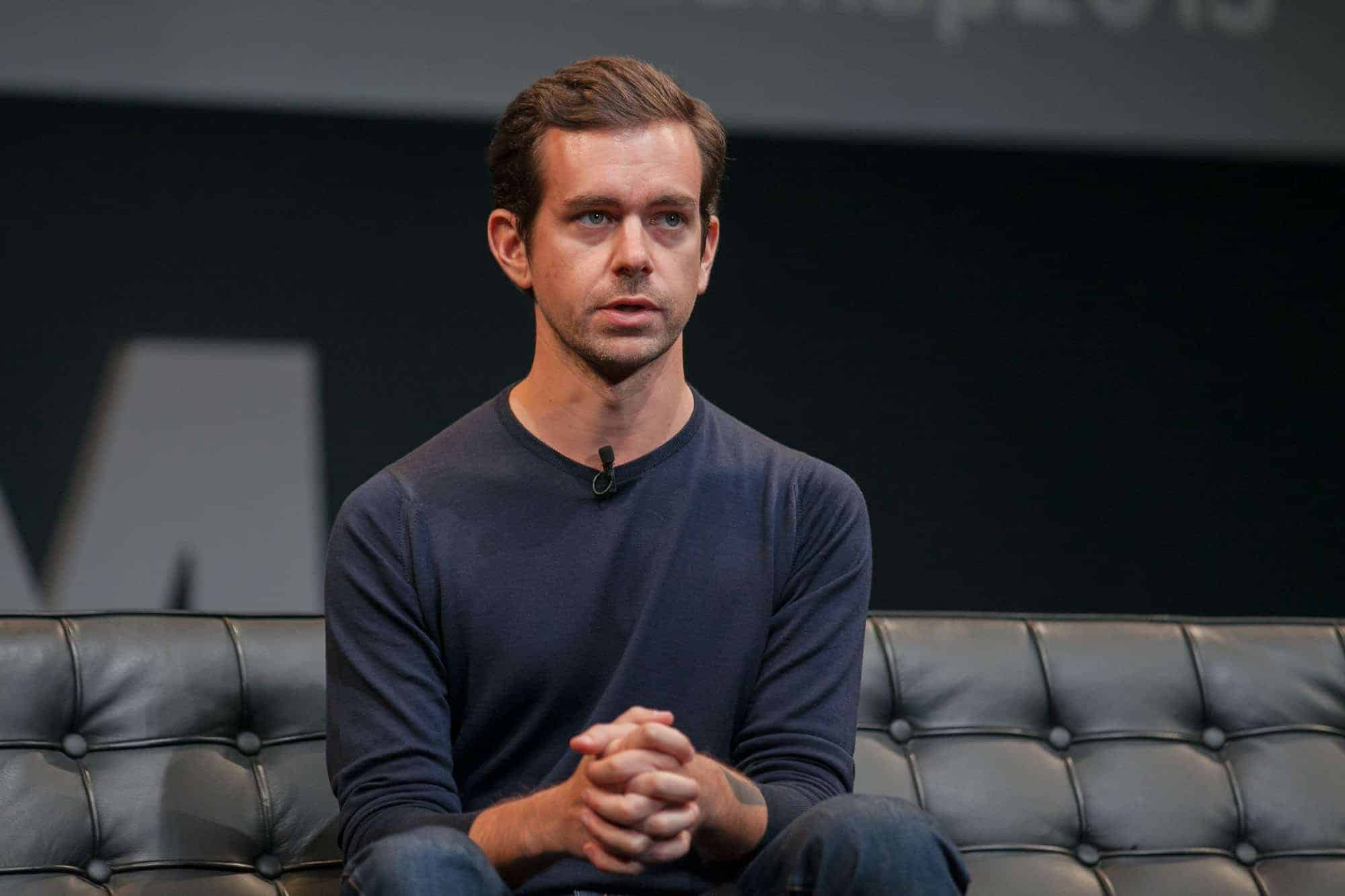 When art and money combine on blockchain, the non-fungible token is their digital offspring.

In the pre-Covid days, Art Basel in Hong Kong was a formidable event. One afternoon, I got the VIP treatment with an art consultant on one arm and a gallery owner on the other. It was an afternoon of champagne, visual stimulation, diverse perspectives and a serious education into what drives the economy of this alternative asset class. It’s not so much the beauty in the eye of the beholder as it is about the trading and selling of objects in limited supply, and pedigree by association. (Did the piece hang in a museum? Is it collected by other famous powerful people? Which gallery supports the artist?) It is also the context of the time.

It is equal parts what the artist is saying as it is what the purchase says about the buyer. And today the real-world context is Covid, and living our lives virtually.

It explains the explosion of NFTs, but also their value — which is only as strong as the market envy of the collector and the expectations of investors. But without that community, without the context, without the platform that supports the relationship between artist and collector, NFTs are just a digital empty vessel.

And therein lies the real value of the NFTs. For the eventual winning bidder of Jack Dorsey’s first tweet, the digitally autographed tweet valued for its uniqueness also comes with bragging rights, notoriety and viral marketing lightning in a bottle.

We’re all talking about it. That’s the real art of this deal.

By the numbers: Jack Dorsey Tweet NFT — over 5,000% increase in Google search volume.

The mania over non-fungible tokens (NFTs) continues to sweep the world of entertainment and digital media, and Jack Dorsey — the billionaire founder and CEO of Twitter — is the latest to cash in by trying to sell his first-ever tweet as an NFT. Dorsey’s 2006 tweet from his personal account is being sold on the Valuables platform, which allows the sale of tweets from original creators by tokenizing them into NFTs. Twitter’s terms of service state that users retain rights to any content submitted, posted or displayed on Twitter.

Let’s get one thing straight. Non-fungible tokens are illiquid by nature, not designed or meant to be speculative. The value of NFTs is intrinsically and directly tied to the very platform they are being appraised on. The community, the platform, the entity itself is of value. Not unlike a company for which its overall value lies in shares of that company. In that way, NFT is only the digital store of that perceived value, and tradeable.

Dorsey’s foray into the digital collectible world is a remarkable one for myriad reasons. Twitter has transformed how we communicate, how we politic, how we engage on a global level, whether we like it or not. To own the very first tweet might be like owning bitcoin creator Satoshi Nakamoto’s first genesis block, or block 0, were that ever to be for sale. In a world that is increasingly becoming digital, these are artifacts of the age in which we’re living now.

Customers of Amazon Web Services (AWS) can now connect to the public Ethereum network through the Amazon Managed Blockchain — a service launched in late 2018 that enables users to join networks using open-source blockchains such as Hyperledger Fabric, and now Ethereum. Customers can build apps for decentralized finance (DeFi), tools for smart-contracts monitoring and a fraud detector on Amazon Managed Blockchain.

By allowing AWS users to easily provision Ethereum nodes in minutes, it essentially professionalizes Ethereum and creates a more reliable experience for those transacting peer to peer.

And that’s important for decentralized finance (DeFi), a fast-growing arm of blockchain innovation where people can leverage their cryptocurrency stash and create financial applications, for anyone. You want to lend, trade, invest, borrow… or all of the above? DeFi using Ethereum enables you to do just that, without central authority, and no need for banks.

The other big development for Ethereum addresses complaints about high gas fees (the cost of the cryptocurrency in its utility use for every transaction). The high cost per transaction has arguably hurt Ethereum, as other protocol competitors enter the market with lower gas fees. While in the short term, it may help raise the price of Ethereum, in the long term it slows down the actual use of Ethereum in DeFi and beyond. That’s because transactions on Ethereum take a looooooong time, as blocks are always full and filled with transactions paying top dollar.

What to do? The EIP 1559 is a fee-market revision by Ethereum All Core Developers, proposed a few years ago by Ethereum co-founder Vitalik Buterin. Essentially, base fees go to the network instead of miners, allowing users to transact with more efficiency. Miners — who aren’t happy about this move — will get tips instead. To some, it’s a short-sighted move that cuts out a big part of the financial incentive for miners, who ultimately support the network. To others, it’s a natural evolution of a smart contract on a blockchain that is maturing and needs some speeding up.

By the numbers: Ripple Labs — over 5,000% increase in Google search volume.

Ripple Labs has responded to the U.S. Securities and Exchange Commission’s first amended complaint in its latest court filing, which claims that the SEC has failed to provide fair notice that XRP transactions violated the law. The SEC filed a lawsuit against Ripple and its two executives last December, alleging illegal sales of XRP in an unregistered security offering worth over US$1.38 billion.

The SEC lawsuit filed against Ripple isn’t really about Ripple, per se. Instead, the industry is watching this SEC vs. Ripple lawsuit closely as a precedent-setting battle that will have political repercussions for years to come. It will be a lesson for established U.S. government agencies and institutions regulating new technology — and playing catch up.

Ripple has begun to state its case very clearly with its lead counsel, former SEC Chair Mary Jo White. A few narratives have arisen. The first and most important one is about clarity. When Ripple asked the SEC for clarity, it got nothing. It went ahead and for eight years continued to innovate, expand and grow. Other blockchain protocols with cryptocurrency (such as Ethereum) were deemed not a security. All seemed fine until Ripple was sued for being an unregistered security. What’s the difference?

The answer may lie not in law, but in the political desire of an administration to pursue the case. That’s what Ripple’s defense is arguing. Clarity for the industry will come from the resolution of this lawsuit, and it will be stronger for it. Lessons will be learned at the SEC, and it may just usher in a new wave of regulatory clarity long sought-after by the blockchain industry, once and for all.

4. Is India rethinking a bitcoin ban?

By the numbers: Cryptocurrency news India — over 5,000% increase in Google search volume.

A ray of hope is shining down India’s cryptocurrency industry over the nation’s threatened blanket ban of private cryptocurrency like bitcoin, when Finance Minister Nirmala Sitharaman told CNBC TV18 that the government is in talks with the Reserve Bank of India (RBI) to make room for crypto experiments. The RBI has expressed sentiments against private cryptocurrency and is pushing for the creation of a government-backed digital rupee.

India, for all its problems, has birthed and nurtured some of the most formidable technology talent in the world. Except they work in Silicon Valley, Toronto or Vancouver, in Europe, or across Asia, and India’s innovation growth has suffered.

So now it must balance innovation growth with preservation of economic power; it is a precarious political position that at any time might see it forced to cede control. Such is the power of cryptocurrency against the backdrop of fiat control issues at the Reserve Bank of India.

This reprieve is a hopeful sign that there is a wiser subset of leadership that cherishes national growth by embracing innovation rather than banning it out of fear. It may very well be fear of missing out that has India wanting a digital rupee and also rethinking its crypto ban proposal.

5. China likely to increase its investment in blockchain

This year’s government work report during Lianghui — one of the most important meetings that takes place prior to national-level political decision-making in China — discussed the need to accelerate technology innovation as well as continuing a strategy that focuses on the domestic and overseas markets equally. The Lianghui precedes China’s fourth Five Year Plan, a guiding document for the country’s future social development and economic growth. The latest plan under discussion is for 2021 to 2025.

China has expanded beyond its DCEP project’s digital yuan ambitions, and now the nation is focusing on its Blockchain Service Network as an opportunity to expand its influence and impact, regionally and internationally.

With a target of 6% growth for 2021, China also aims to create at least 11 million new jobs. Digital transformation is not something that China takes lightly. With local and provincial governments following the national playbook, we can expect to see more government funding and initiatives supporting Chinese companies practicing patriotic capitalism.

But China’s main task has always been about seeking balance. In this case, how to encourage fintech development on one hand while preventing financial risks on the other?

Add one more official task to the mix: developing self-reliance in critical technologies.