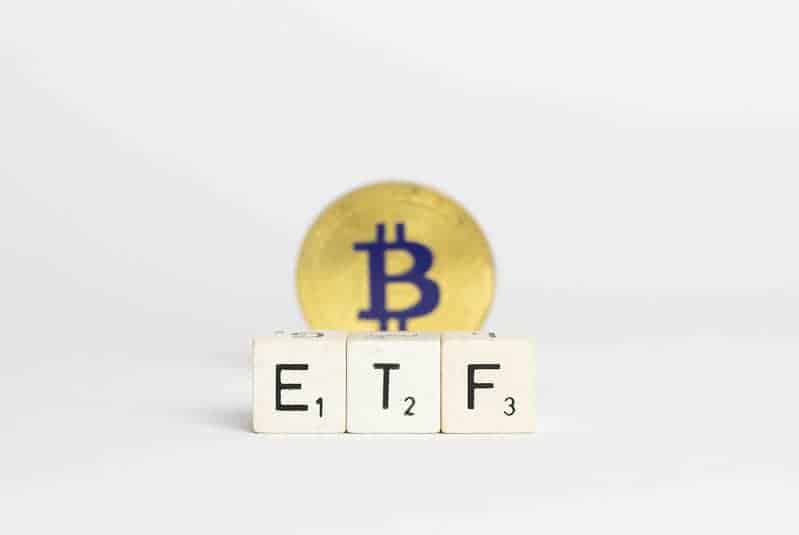 Where were you a year ago? A year ago, life as we knew it went on an extended quarantine.

A year ago, I was in New York dining in restaurants, crossing crowded streets and going into stores thick with customers. It was a short trip. I took meetings and took in a Broadway show before flying to San Francisco to visit family. And then, as if overnight, everything changed. The realization that Covid-19 had arrived on every shore soon led to panic. Global markets plunged. March 16, 2020 saw the worst single-day drop in the S&P 500 Index — while the Nasdaq fell 12.3%, its biggest percentage loss ever. Bitcoin was worth US$5,014 on that day.

Fast forward a year later, and we’ve seen a 1,100% increase in the price of bitcoin. Vaccinations are being rolled out around the world. The U.S. just approved a US$1.9 trillion stimulus program. And real yields (nominal yield minus inflation) of sovereign debt are subterranean, the lowest ever. Public bonds are usually a safe haven for savers. With negative yields the inverse is now true: You will lose money lending to the government.

Where will the price of bitcoin be a year from now? The only thing we know for certain is that change is inevitable.

1. Get ready for bitcoin ETFs

By the numbers: Bitcoin — over 5,000% increase in Google search volume.

Bitcoin extended its historic bull run by breaking past US$60,000, reaching a new all-time high of US$61,711 shortly after President Joe Biden signed the US$1.9 trillion American Rescue Plan and kickstarted the distribution of US$1,400 per low- and middle-income adult and dependent. In the meanwhile, the race is on for the first U.S. bitcoin exchange-traded fund (ETF).

One of the most-asked questions of late is “How do I buy a bitcoin?” The answer is not so easy. From picking a wallet, to narrowing down on which exchange to use, opening an account, jumping through know-your-customer verification hoops, figuring out how to transfer funds, worry about losing your keys, well… it can dampen anyone’s enthusiasm to get exposure to bitcoin.

ETFs allow for investors of all stripes to participate in the bitcoin hedge play, with affordable management fees. Contrast that with the herculean efforts sometimes required, and/or paying a big premium to trusted brokers to ensure the bitcoin you’ve purchased (if you’re an institutional investor) also has proper custody and insurance.

It is also an example of how speed to market and innovative products only last so long, until the market evolves you out of your position. That might explain Grayscale’s pivot to joining the nascent bitcoin ETF market in the U.S. (Canada already has three). Its flagship GBTC, which allows large investors to get exposure to bitcoin without having to purchase it directly, traded as much as 11.6% below the actual price of bitcoin last week, compared to the 40% premium at its recent December peak, according to Bloomberg. Demand for GBTC is going elsewhere. Hiring a new team to create an ETF might win those investors back.

By the numbers: Beeple — over 5,000%  increase in Google search volume.

Mike Winkleman, aka Beeple, broke the art market this past week when his “EVERYDAYS: THE FIRST 5000 DAYS” — a collage of digital images that he created daily for more than 13 years — sold as a non-fungible token at auction for 42329.453 ETH, or approximately US$69.3 million. The sale not only broke previous records for an NFT but also made Christie’s the first major auction house to accept cryptocurrency for purchases.

Could we soon see regulators step into the NFT fray?

In the last days of the Trump administration this year, the U.S. House and Senate voted to extend the 1970 Bank Secrecy Act to cover the art market. The bill was proposed back in May of 2018 and aims to prevent trafficking of illicit funds through art and antiquities. On March 9, 2021, FinCEN — the U.S. Treasury Department’s Financial Crimes Enforcement Network — informed art and antiquities traders that, like financial institutions, they will be obliged to report suspicious activity.

Cryptocurrency already suffers from the  narrative that it is only used by criminals, and much of the mandate for regulators revolves around anti-money laundering efforts. With the rise of NFTs in the art world, and its jaw-dropping bids in the tens of millions, U.S. regulators now have an extra legal tool to use to identify entities and real persons behind the bids.

If art is now packaged as an NFT, could NFT traders suddenly be ensnared in the 1970 Bank Secrecy Act and held to the same reporting standards as financial institutions? With hundreds of millions of dollars sloshing around in NFTs, it is a reminder that rules still apply. It may be wise to beware the legal principle: ignorantia legis neminem excusat — ignorance of the law excuses no one.

By the numbers: Argo Blockchain — over 5,000% increase in Google search volume.

London Stock Exchange-listed Argo Blockchain just acquired 320 acres of land in West Texas for US$5 million to build a cryptocurrency mining facility over the next 12 months. “This facility will provide Argo with what it believes are some of the lowest electricity rates in the world, the majority of which is from renewable sources,” the company stated. Argo Blockchain joins a growing list of companies that are now mining cryptocurrency in the Lone Star State.

There’s a popular refrain for new arrivals in Texas, it goes something like this:

“Are you from Texas?” asks a Texan. “No,” the new arrival should reply, “but I sure did hurry here as fast as I could.”

In this way, bitcoin miners are starting to understand the Texan hospitality of low energy costs. As parts of China start banning cryptocurrency mining for environmental concerns, some miners have found a more welcoming new home in the U.S. Texas produces the most wind energy in America, with more than 13,000 wind turbines churning out close to 25,000 megawatts — enough to power 23 million homes for an entire year.

That might also help people like Bill Gates breathe a little easier. “If it’s green electricity and it’s not crowding out other uses, eventually, you know, maybe that’s OK,” he said in an interview with New York Times.

By the numbers: Shinhan Bank — over 5,000% increase in Google search volume.

Shinhan Bank, one of South Korea’s oldest banks, has announced that it has partnered with conglomerate LG Corp. to develop a pilot platform for a central bank digital currency. Already in its pilot stage, the project has created a model of a Bank of Korea-issued CBDC.

Korea is getting its cryptocurrency house in order.

The country is now experiencing its second wave of cryptocurrency converts. The first wave of interest may have been led by Gen Zers (or Zoomers, age 24 or younger this year) and Millennials (age 25 to 40), but this time it’s an older demographic of 40- to 50-year-olds embracing the digital currency. Cryptocurrency is going mainstream in Korea. According to a local crypto exchange, the market value of all cryptocurrencies held in South Korea has shot up 10 times in the past three years alone. It has captured the public’s imagination, and on Friday, trading volume in cryptocurrencies surpassed even that of stocks traded on the KOSPI.

Korea has been mindful of the surge, trying to balance regulatory compliance without stifling innovation and growth. In 2020, legislators legalized cryptocurrency under the Special Financial Information Law. The law that will come into effect later this year also means that cryptocurrency exchanges must be licensed by Korea if they are to offer services to its citizens. FATF (Financial Action Task Force) compliance on anti-money laundering efforts must also be implemented. Oh, and get ready for the taxman. Starting in 2022, Koreans will have to pay 20% tax on any capital gains in crypto exceeding the Korean won equivalent of US$2,200.

Cryptocurrency has found a home in Korea, and it’s deepening its roots to not only some of the oldest establishments in the country … but widening its demographic reach beyond the youngest generation.

Even as China continues tightening its vise on cryptocurrencies, its people’s fascination with crypto keeps growing. A Beijing-based art center is going to hold the “world’s first major institutional crypto-art exhibition” starting March 26, according to The Beijinger, a local English lifestyle magazine.

For 5,000 years, Chinese civilization has been evolving. Now add one more cultural innovation to the list: NFT art!

But in all seriousness, China’s influence in blockchain, from the yearslong development of the DCEP project’s digital RMB to the dominance of miners that support blockchain transactions, blockchain is playing a unique role in China’s modern history. Since  President Xi Jinping called for blockchain to play a role in China’s growth we’ve seen nothing short of the pursuit of dominance.

Chinese artists are contributing their take on this modern story of technology — and defining what contemporary art means to the next generation of collectors. If art is about context, it will be important to include China’s perspective here, too.