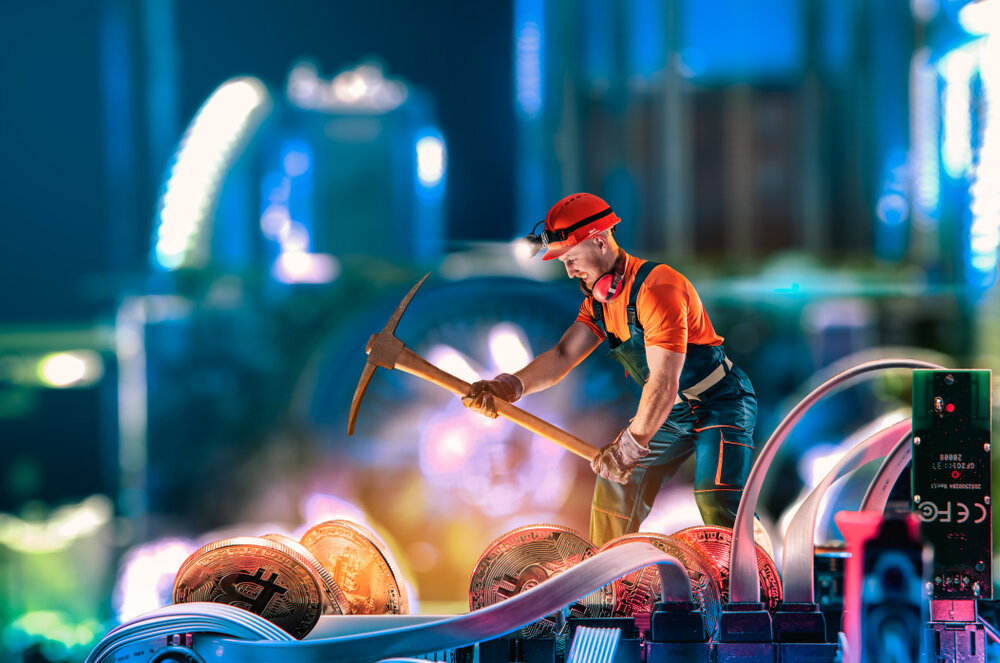 As Mehr News reported in an exclusive report on Wednesday, the CBI is to soon issue a permit for banks and licensed currency exchange offices to ease imports of goods via domestically coined cryptocurrencies and the related regulations will be approved by the Supreme Council of Combating and Preventing Money Laundering.

The news, however, comes while uncertainty surrounds the use of cryptocurrencies in Iran.

In April 2018, the Central Bank of Iran banned domestic banks and people from dealing in foreign cryptocurrency because of money laundering and financing risks.

Presently, the industry ministry is appointed to be in charge of mining cryptocurrencies. In July 2020, the Islamic Republic issued permits for the activity of 14 cryptocurrency mining centers, each with a capacity of 300 megawatts. Iranian Vice President Es’haq Jahangiri announced at the time that the country’s cryptocurrency miners will soon have to register their rigs with the government.

However, the government has not removed the ban on trading digital currencies yet i.e. the mined currencies have no permission to be traded despite the domestically approved regulations. Currency exchange bureaux that have traded cryptos have also been legally prohibited from carrying out crypto-based transactions in recent years despite the interest of the Iranian public in cryptocurrency transactions.

To make using cryptocurrency legal and official in the country, the Iranian government has drafted a policy framework.The CBI has decided to take a more moderate stance toward digital money and blockchain technology following the imposition of a new round of US sanctions, hoping that the digital technology would facilitate Iran’s international money transfers and let the country evade the sanctions.

To make using cryptocurrency and blockchain technology legal and official in the country, the Iranian government is drafting a policy framework with the help of the CBI and the Stock Exchange Organization which clarifies all its regulations and policies over cryptocurrency and mining.

The central bank and the ministry of finance are currently pursuing the adoption of regulations for the exchange of cryptocurrencies mined in the country.

In late February 2021, the Chairman of the Iranian Parliament’s Economic Committee Mohammadreza Pour-Ebrahimi said a report on the activities of cryptocurrencies was being prepared to be proposed to the parliament in the form of a motion to legalize the matter.

The lawmaker said: “In this report, the transparency of the field of cryptocurrency activities from licensing to production and supervision is being taken into account, so if this report is approved by the MPs, we will try to turn these cases into legal provisions in the form of a motion.”

The prepared regulations are needed to be ratified by the Supreme Council of Combating and Preventing Money Laundering and Financing of Terrorism Crimes in a few days. Being approved, the authorized banks and exchange offices will be allowed to import goods from the digital currency produced.

As an official from the CBI told Mehr News: “Although the CBI in no way approves the current transactions of cryptocurrencies in Iran, it does not oppose its transactions under the framework of specific regulations that will be introduced.”

“The CBI believes that the future of the world’s economies is tied to cryptocurrencies, and Iran should join the club. But its terms and conditions must be precisely defined and it must be ensured that it does not pose a serious risk to the economy,” he added.

The central bank is simultaneously taking the last steps of mining Iran’s rial-based and gold-backed crypto to be used in domestic transactions.

Iran can rely on cryptocurrencies and blockchain technology to shield its economy from the US  maximum pressure.

In the past few years, the bank has been working with domestic knowledge-based companies to mine an indigenous digital currency, the activity, which is a heavy computational process that generates new cryptocurrency and the efforts seem to bear fruit in the near future.

The Islamic Republic is settled on the plan to utilize cryptocurrencies and blockchain technology to make up for any drop in oil revenues due to the economic sanctions designed to cut its oil sales.

The country’s plan to create an indigenous cryptocurrency is improving incrementally and thanks to the highly dynamic nature of the cryptocurrency, it can act as a good means for Iran to skirt the draconian US sanctions through untraceable banking operations.

In fact, Iran is mainly aimed at testing the potentials of blockchain and crypto technology in running its financial system, making banks able to use the tokens as a payment instrument in transactions and banking settlement at the first phase of the blockchain banking infrastructure.