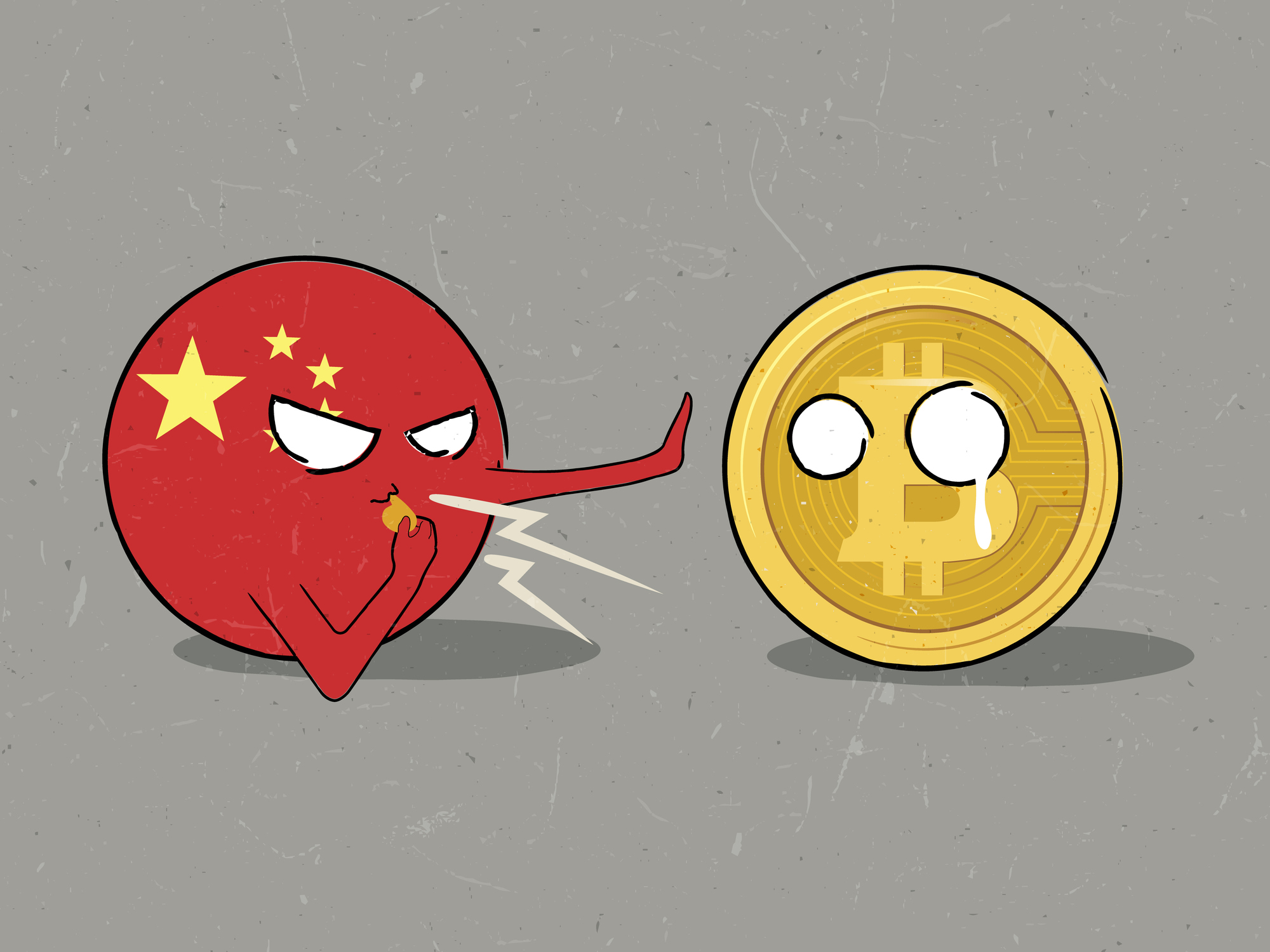 Digital currencies crashed hard following China’s latest regulatory blow against them, wiping out nearly $400 billion in total market value. But as China tightens its rules for bitcoin (CRYPTO:BTC), more of the currency’s miners seem ready to move to friendlier locales — and investors who sell now amid the shock and fallout of China’s choices might miss out on a brighter future.

On June 21, the People’s Bank of China urged payment firms and banks to scrutinize and shut down the accounts of individuals involved in crypto transactions. Earlier, the Government authorities also announced a crackdown on crypto mining operations in the Sichuan province. These developments are the latest stringent crypto regulations China has imposed in recent months.

According to SupChina, China’s mining pools — AntPool, F2Pool, Huobi Pool, and Poolin — contributed over 50% of the global bitcoin processing power in the past 12 months. So you can understand why, in the wake of these actions, bitcoin dropped to $28,600, its lowest level since the start of 2021. After recovering from that initial shock, it now trades at $34,945 — still 81% below its highest level on April 12, 2021.

China controls nearly 70% of the world’s Bitcoin mining capacity, with more than 100,000 miners. But 90% of those miners have shut down their operations in the wake of the crackdown, dealing crypto hash rates — the collective computational power running the network, and a measure of how swiftly and smoothly it runs, and how much effort it takes to mine new coins — a serious blow. Bitcoin’s hash rate plunged nearly 40% from the beginning of June through June 29, reaching its lowest level in 13 months. Even rival currency Ethereum (CRYPTO:ETH) reacted to the crackdown: By the end of June, its hash rate had dropped more than 20% from its May high.

China’s most recent attack on digital currencies is hardly surprising. In 2013, the government banned Bitcoins as a way to purchase goods or services. In 2017, the nation outlawed initial coin offerings, the fundraising process for new coins.

China appears to believe that virtual currencies threaten its economic stability, given their volatile nature and potential use in money laundering. But if we scratch the surface, China’s aggressive stance may spring more from its insecurity over losing the monopoly on issuing currency. To keep its money supply entirely under its own control the nation is actively developing the digital Renminbi, a centralized and state-backed virtual currency. This may mean that China perceives Bitcoin, with its private ownership and decentralized control, as competition to pin down.

China’s ambition to be a global green energy leader may also be driving this change. China’s Sohu News stated that a high-end mining rig consumes over 2,000 kilowatt-hours in a month — roughly twice what the average U.S. home consumes in the same time, and roughly six month’s electricity use for the average Chinese family, all for a single computer. That energy consumption, and the pollution it creates, doesn’t square with China’s aim to be carbon-neutral by 2060.

Among the four key hubs where China has now curtailed crypto mining, Xinjiang and Inner Mongolia rely heavily on coal-based energy. Industry experts had hoped that the country would spare Sichuan and Yunnan, which primarily depend on clean hydropower. But China clamped down on Bitcoin mining with no exceptions, raising questions about whether concerns over dirty energy really drove its decisions.

China has not yet outlawed or completely banned Bitcoin mining — it’s just announced stringent moves that it hasn’t yet enforced. Chinese citizens can still hold and transfer crypto assets, and conduct over-the-counter transactions. The country has also been at the forefront of promoting and embracing the blockchain, the underlying technology behind Bitcoin. But these recent blows suggest that China may be doing its best to stifle the Bitcoin business before it launches its own digital renminbi.

An exodus of Bitcoin miners from China could be fruitful

To keep their businesses afloat, many crypto players are finding a way to exit China. Huobi Mall and BTC.TOP, the world’s two largest crypto exchanges, announced their departure from the country following the crackdowns. Without access to domestic bitcoin exchanges, many Bitcoin miners in China may close down or migrate to other geographies.

High competition and low margins make energy costs a crucial factor for Bitcoin miners. China-based miners now have to look at cheaper abodes of fossil fuel-backed energy, like Kazakhstan, Iran, Russia, Canada, Paraguay, and Central Asia. Experts also believe that Texas could also become a sought-after destination for miners, given its abundance of renewable energy, lower energy prices, and a pro-mining political attitude. However, it could take some time for the miners to uproot their infrastructure and get started elsewhere.

Back in 2018, Ripple CEO Brad Garlinghouse said, “Bitcoin is really controlled by China… How many countries want to use a Chinese-controlled currency? It’s just not going to happen”  Now that China’s distancing itself, Bitcoin’s appeal as an independent global currency could increase among other nations.

However, if other countries follow China’s lead, they could wreak havoc on cryptocurrencies. In May, Iran also imposed a four-month ban on crypto mining following sudden blackouts in the cities. However, the country aims to regulate the crypto space by setting up a legal framework, rather than dissuading its growth.

If fewer countries provide safe harbors, crypto mining could drop dramatically, and mining companies would face steep losses. The more countries that make themselves unfriendly to crypto, the smaller its appeal as future currency.  For now, China’s crackdown is likely to create downward pressure on prices for all cryptocurrencies — not just bitcoin — in the foreseeable future.

Despite an array of technological advancements and promises, cryptocurrencies will always remain exposed to stringent government regulations. However, I feel these are just a few hiccups in its long and promising journey. Decoupling from China is not the end for Bitcoin as mining pools in the US, Canada, and Europe could be profitable alternatives.

Keep an eye on whether other countries welcome or shun Bitcoin, because that will significantly impact the future of crypto mining. It will also be interesting to watch how quickly miners from China make a strategic exit and reestablish themselves elsewhere.