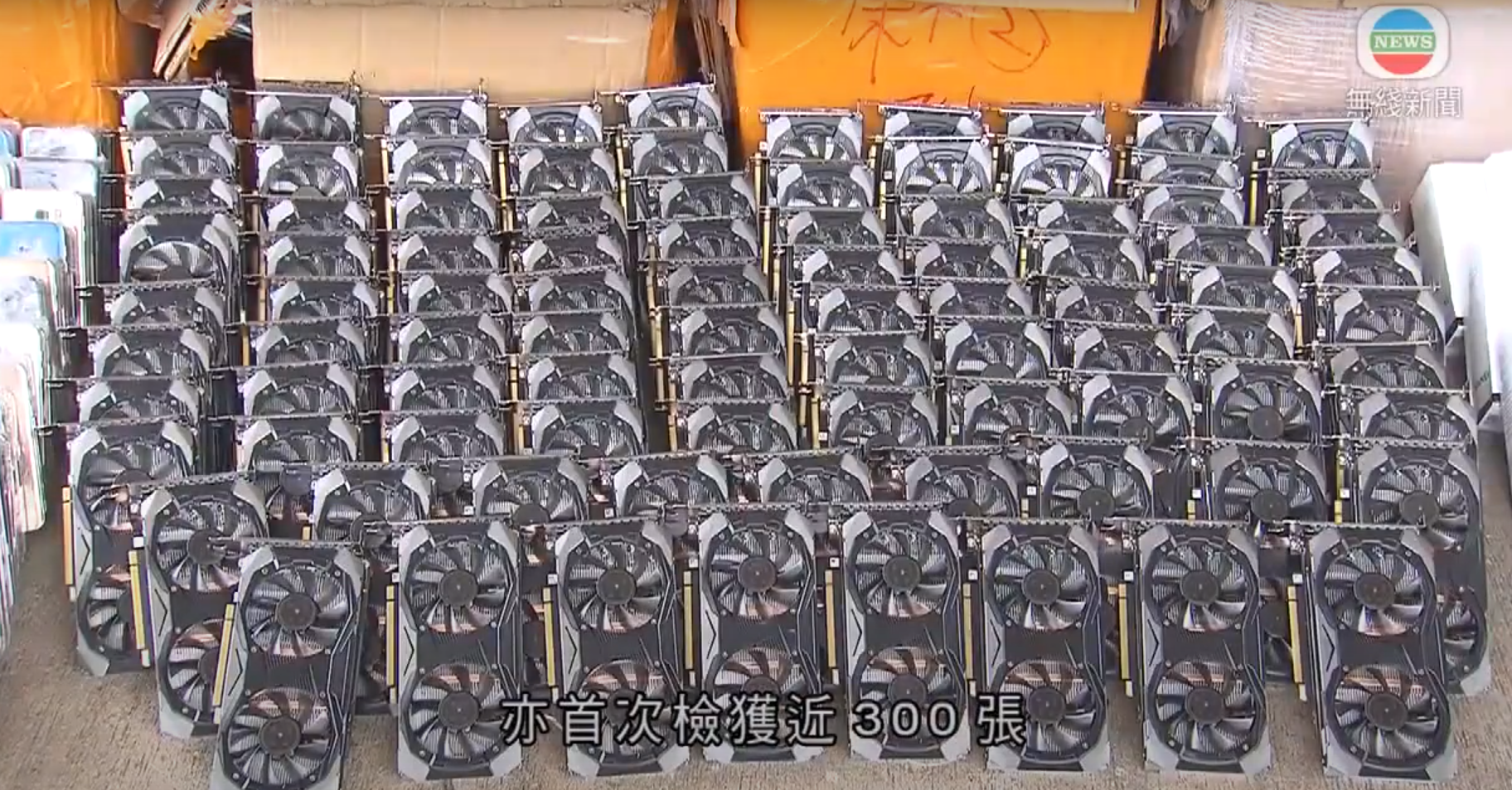 The government agency said in a statement on Saturday that it conducted the operation on Friday in the waters off the Hong Kong International Airport and “spotted several suspicious men moving cartons from a fishing vessel onto a speedboat.”

Local broadcaster TVB reported in a segment on Sunday that the seized goods during the operation included 300 crypto mining GPUs that were just launched last month, which could be the Cryptocurrency Mining Processor rolled by NVIDIA.

The case is yet another sign of how far miner operators in China would go in terms of sourcing GPUs and ASIC mining equipment when the market supply of these machines runs dry amid the surging prices of BTC and ETH in the past few months and also the ongoing global chip shortage.

Apart from the GPUs, the officers also seized bottles of expensive alcohol and cosmetic products from the suspected smugglers. The government agency said it’s launching a subsequently investigation into the case.

“Smuggling is a serious offense. Under the Import and Export Ordinance, any person found guilty of importing or exporting unmanifested cargo is liable to a maximum fine of HK$2 million and imprisonment for seven years,” the government said in the statement.