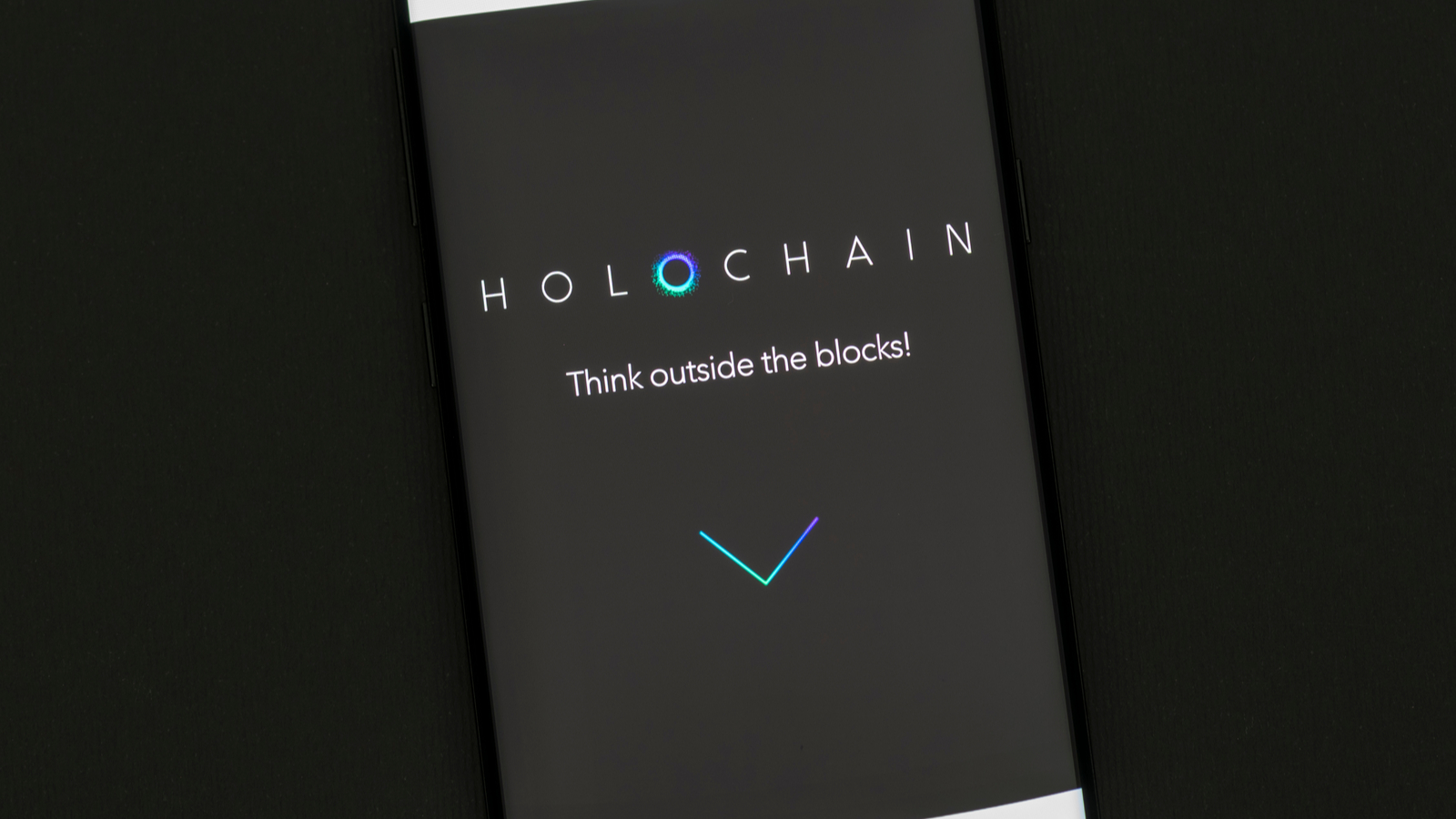 Holo (CCC:HOT-USD) plans on disrupting the whole blockchain/crypto space. It is developing an alternative platform to the existing paradigm with most cryptocurrencies. It distributes the blockchain on a peer-to-peer basis, instead of everyone having the same blockchain or ledger. Holo says this avoids the “fundamental scalability problem” of consensus blockchain platforms now.

By contrast, Holo calls itself a “cloud hosting market for distributed applications.” It allows each “agent” or “node,” such as an individual user of Holo, to maintain his own blockchain.

Each agent or “host” functions independently both as a storage site and a blockchain/app site. This allows them to earn redeemable credits known as the holo token, or HOT.

But a consensus is still required to maintain key parts of a distributed blockchain. This is how Holochain produces centralized apps on its platform.

Here is a video by Arthur Brock, one of its co-founders, explaining simply how Holo works.

This video shows that Holochain has a lot of promise for the future, in terms of solving a number of issues relating to existing blockchain cryptos.

Since the Holo crypto was launched in 2018 the HOT token has taken off. Today, the price is at less than 2 cents per token, at 1.559 cents per HOT token, according to Coinmarketcap.com.

Moreover, Coinmarketcap puts Holo’s market cap at $2.64 billion, ranking it at number 54 in terms of its valuation with other cryptos. In terms of performance, HOT token has skyrocketed this year. At the end of Dec. 31, its price was 0.0591 cents. Therefore at today’s price of 1.5959 cents, the HOT token is now 27 times the price at the end of the year.

Compare this with Bitcoin (CCC:BTC-USD), for example, which is up 93% year to date. Ethereum (CCC:ETH-USD) is up 300% since the beginning of 2021. These are the two largest cryptocurrencies. So HOT, up 27 times, has outperformed BTC by 29 times and ETH by 9 times in the space of 4 months.

I suspect that Holo currency will continue to do well as people begin to learn both how disruptive to the crypto market Holo is and also its benefits. For example, anyone can host a node or keep a blockchain app on their computer if they have spare capacity. Holo hosts are rewarded in HoloFuel credits or HOT tokens as a result.

One of the more interesting articles on Holo is an early Seeking Alpha piece, “The Game of Cryptothrones,” by Alexander Johansson. It describes how Holo can act as a host platform for distributed apps. Moreover, the Holo crypto platform works on a “proof of service” validation concept, rather than Bitcoin’s “proof of work” concept (i.e., crypto mining).

In addition, the article explains in detail how Holo can be used to act as a sort of super app. It can act as a manager of other apps on one’s computer, allowing them to synchronize and interact with each other and the internet.

What To Do With the Holo Crypto Token

Investors in today’s world of super-performing cryptocurrencies have many choices. Some say the best course is to stick with five or six stable cryptos like Bitcoin, Ethereum and a few others.

However, I suggest that a barbell or distributed approach might also work well. To do this, one could buy a set amount of stable crypto coins like Bitcoin and Ethereum, but also buy a limited amount of altcoins like Holo and some others.

Ultimately, buying these coins using this diversified approach could lead to a better return in the long run for most investors.

On the date of publication, Mark R. Hake held a long position in Bitcoin (BTC) and Ethereum (ETH).

Mark Hake writes about personal finance on mrhake.medium.com and runs the Total Yield Value Guide which you can review here.