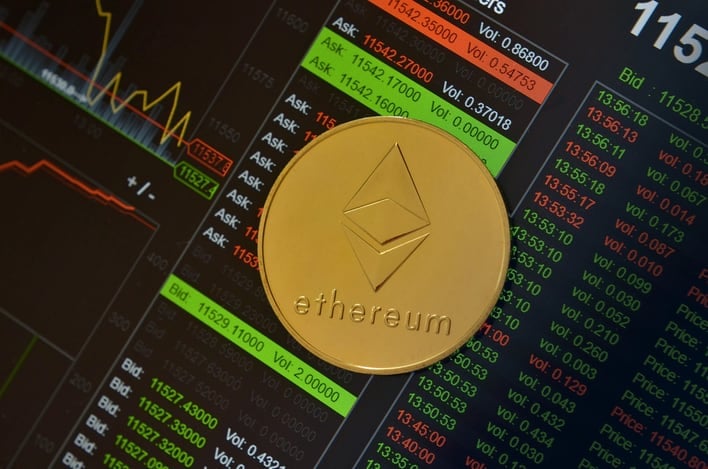 As we reported over the weekend, Ethereum has seen a monumental rise in value during the opening months of 2021. Ethereum kicked off the new year valued at $730 and this morning surpassed the $3,000 mark to hit $3,148 (as of this writing).

To put this performance in perspective, just a week ago, Ethereum was sitting at $2,500. However, the cryptocurrency likely won’t stop here as deVere Group CEO Nigel Green predicts that we could see another massive surge. According to Green, Ethereum could pass $5,000 within the next week.

While that comment may have seemed like an outlandish prediction just a few months ago, the current cryptocurrency boom takes a bit of the edge off the skepticism. “Ether is up more than 300% for the year so far, which is far greater than the 95% jump in the headline-grabbing Bitcoin,” said Green. Bitcoin has seen its own surge, and it has found mainstream appeal with financial institutions like PayPal, Venmo, and even automakers like Tesla.

But Green sees Ethereum as a nimbler alternative to Bitcoin with advantages that could make its share of the cryptocurrency market explode in the coming months and years. “Ethereum is already years ahead of Bitcoin in everything but price and fame,” said Green. “There’s a real sense that 2021 is the year for Ether.

“Compared to its bigger rival, Ethereum is more scalable, offers more uses and solutions, such as smart contracts which are already used across many sectors, and is backed with superior blockchain technology.”

Given its current all-time high pricing, Ethereum has experienced year-to-date (YTD) growth of roughly 330 percent. Ethereum’s current market cap sits at healthy $367.7 billion. Bitcoin, however, is by far the most valuable cryptocurrency [for now] with a market cap of $1.08 trillion.

Companies like NVIDIA are looking to cash on the current Ethereum mining boom with dedicated product lines like the CMP HX Series. The Turing- and Ampere-based CMP HX cards offer ETH hash rates of between 26 MH/s and 86 MH/s and could relieve some of the supply/demand stresses placed on its mainline GeForce RTX gaming cards. The incredible demand for GeForce RTX cards has resulted in the values skyrocketing by 2x to 3x over MSRP on marketplaces like eBay, since the cards aren’t easily obtained from traditional retailers. In addition, Bitmain recently took the wraps off its amazing Antminer E9 ASIC that can mine with the muscle of 32 GeForce RTX 3080 GPUs at a fraction of the cost.