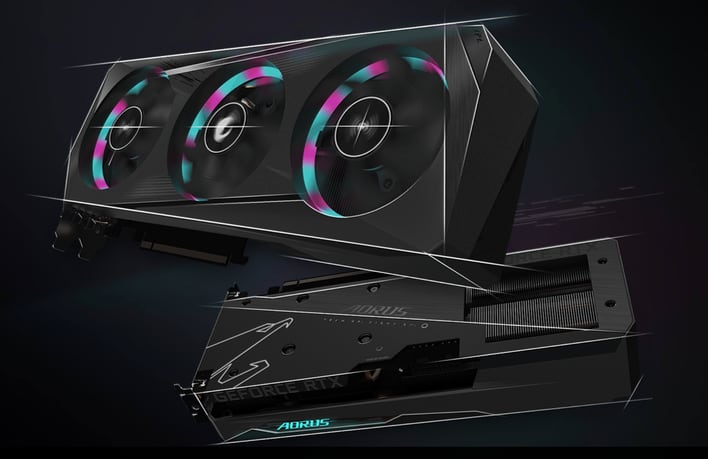 Gigabyte today made its new Lite Hash Rate (LHR) GeForce RTX 3060 cards official. We’ve heard about upcoming GPU revisions for the GeForce RTX 30 Series with a second-generation Ethereum limiter onboard, but Gigabyte is among the first to post actual product pages confirming the change.

NVIDIA’s GeForce 466.24 driver confirmed that this change was on the way, stating, “This driver updates the hash limiter for the GeForce RTX 3060 12GB and is required for product shipped starting mid-May.” Gigabyte’s LHR series is currently limited to its GeForce RTX 3060 family, which includes the following cards:

These graphics cards are now listed as Revision 2.0, as opposed to Revision 1.0, which included the first-generation Ethereum limiter. According to NVIDIA, the Ethereum limiter included on the first revision of GeForce RTX 3060 cards used a combination of hardware, driver, and BIOS tweaks to cut mining rates in half. This was a ploy to make the cards less palatable to Ethereum miners and improve inventory for gamers.

However, the limiter was quickly defeated in single-card systems with a beta graphics driver. Bypassing the limiter in multi-card systems was also easily achieved by using dummy HDMI plugs. At this time, NVIDIA has not detailed how its second-generation Ethereum controls will work, but we’d assume that it will be harder to defeat this time around. However, we still have the feeling that inventive tinkerers with a financial incentive to continue using the cards for mining will eventually emerge victorious. And while GeForce RTX 3060 Rev 2.0 cards are the first in line, it’s expected that the GeForce RTX 3070 Ti and GeForce RTX 3080 Ti (along with new revisions of the GeForce RTX 3090, RTX 3080, and RTX 3070) will also take this route

It’s been a downright depressing time as a gamer needing a graphics upgrade during the past six months. Both the NVIDIA GeForce RTX 30 Series and AMD Radeon RX 6000 Series launched to rave reviews but were near-impossible to find at MSRP due to high demand. In the case of the GeForce RTX 30 Series, part of the extreme demand was due to Ethereum miners gobbling up the cards to make a buck.

The Ethereum mining limiter was just one part of NVIDIA’s strategy to help gamers, with the dedicated Crypto Mining Processor (CMP) HX family being the second avenue of attack. However, the first CMP 30HX and CMP 40HX cards were supposed to launch during Q1 2021, but we’ve yet to see much activity on the retail front — at least in the United States.