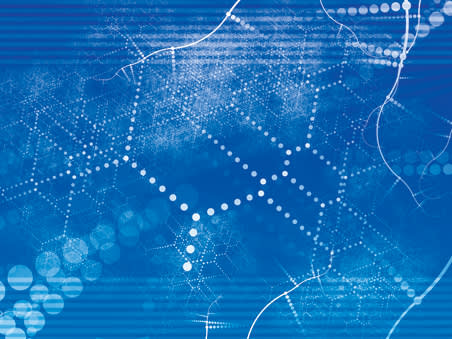 Cloud services have meant pennies from heaven for Big Tech companies, as bumper profits for the likes of Amazon (US:AMZN) and Microsoft (US:MSFT) show. Demand for file storage is worth $46bn annually, and that figure is predicted to rise to $220bn by 2027, so continued dominance in this market is crucial to justify the valuations placed on Silicon Valley’s finest.

Microsoft’s share price actually fell straight after its results, largely because the margin of its Commercial Cloud division contracted. With investors so sensitive to any disappointment, disruptive threats must be taken seriously. If the pennies raining from the cloud start to bear the logo of crypto asset filecoin (FIL) it could be a headache for the tech giants.

Filecoin is a blockchain-based technology that connects customers and data storage providers from around the world. If an open market can be efficient and robust, it could take a bite out of the growth potential for Amazon Web Services, Microsoft’s Azure and the other players including Alphabet (GOOGL) and Alibaba (HK:9988).

At present, these companies control 70 per cent of cloud storage (AWS alone has 45 per cent market share), but filecoin’s decentralised alternative has already added 800 petabytes of capacity, an enormous amount of data.

Even if end users prefer the trusted brands of AWS or Azure, the presence of filecoin has massive implications for the economics of cloud network services. Filecoin prices aren’t set, they are agreed between buyers and sellers. But some deals have been as little as 3 per cent the cost of using AWS. That’s a powerful incentive, provided users are happy with the speed and security of the service.

Along with the FIL token, these two protocols make governance of the decentralised network possible. People wishing to provide spare storage capacity must buy FIL to act as collateral. Once minimum requirements are met, these storage miners are free to mint blocks of storage capacity and make deals with client end users.

The incentives are strong. As well as the fees made in the open marketplace for data storage, additional rewards are earned based on the storage power miners provide. The PoRep and PoSt protocols ensure that the storage miners are fulfilling their commitments. If not, they lose their FIL collateral for deals and face penalties, such as losing block rewards they have earned previously.

In a virtuous circle, rewards of FIL increase miners’ stake in the integrity of filecoin. A better system encourages greater adoption by users, and helps miners make more money. The higher the earnings potential for participating in the network, the more valuable FIL will become, which also means the collateral posted is material and perpetuates the mining of quality data and bandwidth.

Naturally the supply of FIL is the other variable to its price. While there are around 69m in circulation, there is a maximum of 2bn FIL available. The rate of distribution is set to halve every six years but the rate of demand increasing still has to outpace supply for the value of the coin to keep rising.

Still, the system has plenty going for it and was set up to attract long-term stakeholders from the outset. Unusually the initial coin offering for FIL took place a month before  the filecoin network launched. The coins given to the first miners were therefore worth something.

The ICO raised $205.8m. Three quarters was from public investors via the Coinlist platform, but venture capital made up the rest.

Many of the miners will have come from the peer-to-peer storage networks that existed without incentives since the mid-2010s, so filecoin has created an economic layer to turbocharge the decentralised data revolution.

Crucially, these miners are going after existing data capacity. The value of FIL is underpinned by the rent that can be earned on the storage assets and retrieval bandwidth, so there is no ‘hashing’ of data onto a blockchain to prove a coin has been earned, which is incredibly energy intensive and the reason bitcoin has such a carbon footprint.

In the grand scheme of things, the biggest plus for filecoin is the new data network needn’t cost the earth, although it may make life less comfortable for today’s tech titans.

Despite Financial Times FUD, Bitcoin Is Not Crypto