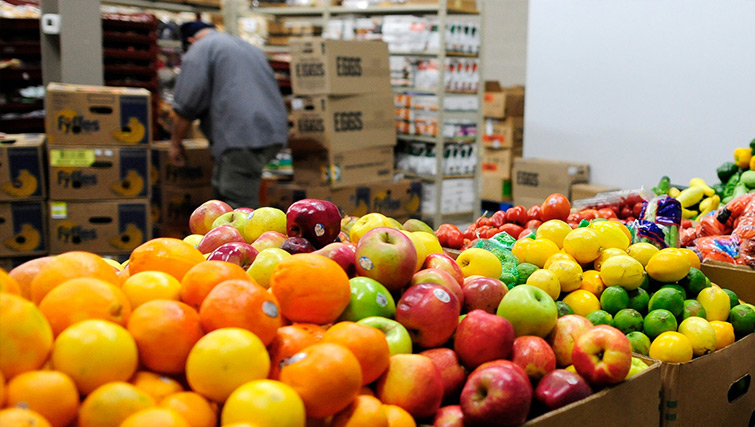 Feeding South Florida has filed a written protest requesting a formal administrative hearing after losing a bidding process for a contract with the Florida Department of Agriculture and Consumer Services.

The agency, led by Commissioner Nikki Fried, awarded a contract in late March for The Emergency Food Assistance Program (TEFAP) to Farm Share instead. TEFAP is organized under the U.S. Department of Agriculture, and aims to provide nutritious foods to low-income families.

“Farm Share’s response misstates its capabilities and resources for purposes of carrying out the contracted services, which resulted in scores that are clearly erroneous, contrary to competition, arbitrary, and/or capricious,” the document requesting a formal hearing alleges.

But both the Agriculture Department and Farm Share Marketing Director Gil Zepeda are disputing those claims.

“Shame on them,” Zepeda said of Feeding South Florida’s decision to contest the process.

“Nikki Fried, the Commissioner, and the Department of Agriculture have made a decision. They have tabulated. They have gone through it, through a huge process. This isn’t something that they just make a decision on in an afternoon over coffee. This is a rigorous process,” Zepeda said, adding, “I know that our RFP was perfect.”

“Helping Florida’s families in need access healthy nutrition is one of our department’s top priorities, one shared by the talented partners and vendors with whom we contract,” Ripple said.

“Our department employees are experts in evaluating bids to maximize taxpayer investment, and we are confident in our outstanding, transparent bidding process for all publicly-funded programs and initiatives.”

That process includes a scoring rubric aimed at measuring each organization’s ability to fulfill the needs of TEFAP. Feeding South Florida’s petition calls the Agriculture Department’s scoring of the bids “clearly erroneous, contrary to competition, arbitrary, and/or capricious.”

In addition to questioning the accuracy of Farm Share’s application, Feeding South Florida also argues the Department did not properly weigh the responses.

“Petitioner was not awarded the total points it should have been for its Response, including but not limited to a complete failure to award Petitioner points for certain components of its Response based on an allegation or misconception that Petitioner did not provide that information when the information is clearly included within Petitioner’s Response,” the hearing request reads.

Feeding South Florida first filed a separate protest measure with the Agriculture Department, but that was shot down. That’s led the organization to appeal for a hearing before the Division of Administrative Hearings.

Zepeda and Farm Share did not hold back in criticizing Feeding South Florida’s reaction to the Department’s decision.