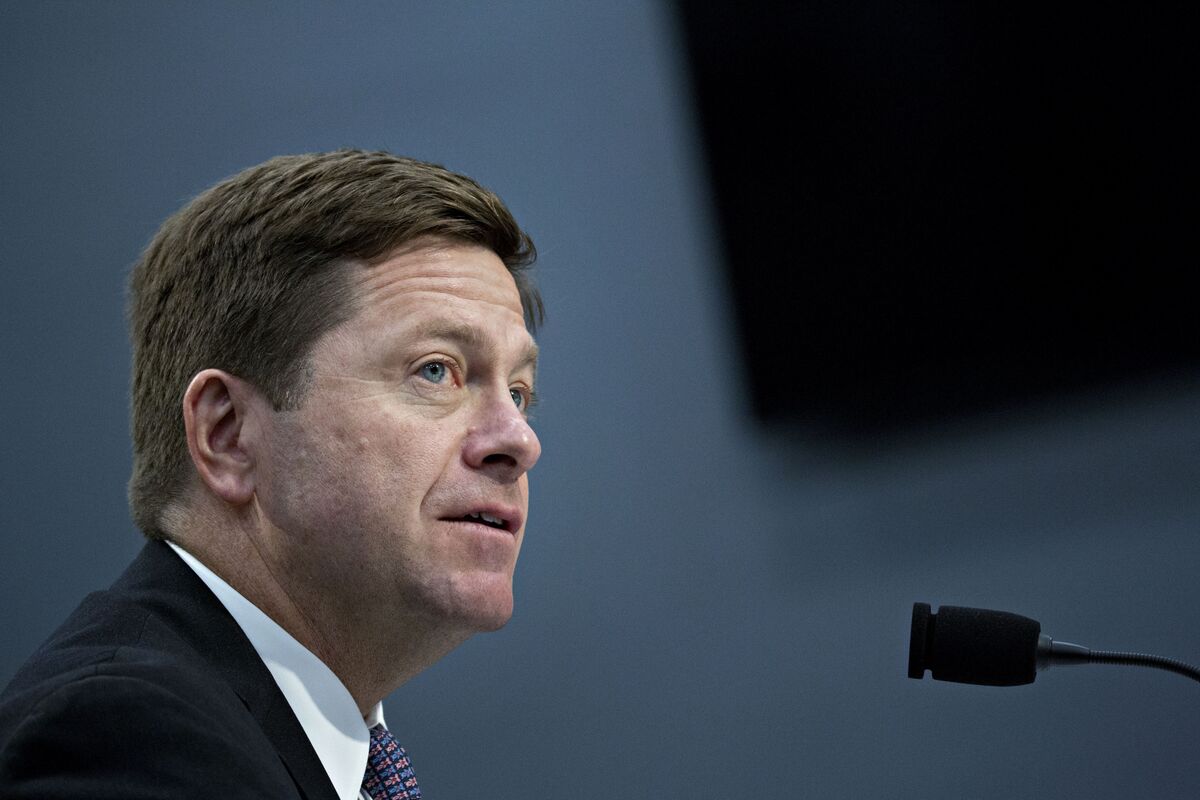 Clayton will be one of three advisers to One River founder and Chief Executive Officer Eric Peters. The other two are Kevin Hassett, who served as chairman of the Council of Economic Advisers under President Donald Trump, and Jonathan Orszag, an economic consultant who previously worked in the Clinton administration.

One River was mainly involved in bets on market volatility until the fourth quarter of 2020, when Peters started a digital asset subsidiary and raised funds from clients including Howard and Ruffer LLP to invest in Bitcoin and Ether. A macro investor, he wanted to develop a strategy that would appeal to institutional investors put off by the breathless boosterism common among the crypto-faithful.

Under Clayton, who left the SEC in December and recently become non-executive chairman of Apollo Global Management Inc., regulators determined Bitcoin and Ether weren’t securities, removing an overhang that could have impeded trading and acceptance of those tokens. He said he welcomed the opportunity to discuss and debate the evolving role of cryptocurrencies and related instruments from the other side of the table.

“The digitization of our financial ecosystem isn’t just is coming, it’s already here,” Clayton said in an interview. “Three years ago, I didn’t believe we would be where we are today — the number of respected investors who have embraced digital assets. I would not have predicted this level of take-up.”

Those investors include hedge fund managers Paul Tudor Jones and Ray Dalio, as well as Dawn Fitzpatrick, chief investment officer at Soros Fund Management. Clayton said he doesn’t own any digital assets and isn’t required as part of his advisory role to invest in One River’s funds.

Rather than currency alternatives, Peters sees digital assets as stores of value that can help diversity a portfolio and provide a hedge against inflation at a time when central bank liquidity is distorting prices of traditional investments. His timing was prescient, too.

One River started buying Bitcoin in November, when the price was about $15,000. It has since more than tripled and his firm, which managed some $1 billion before then, now oversees $2.5 billion.

“It’s no longer possible to understand what’s happening in markets, let alone where we’re going, without a deep understanding of digital assets, blockchain, tokenization and virtualization,” Peters said. “The real institutional flows haven’t even started yet.”

He said One River is in discussions with other investors and the consulting firms that advise them on asset allocation.

Clayton, a lawyer, developed a reputation among crypto-enthusiasts as a hardliner. While he was at the SEC, the agency blocked initial coin offerings, rejected applications for Bitcoin exchange-traded funds and sued Ripple Labs Inc. for not registering its token sales.

He said his role at One River shouldn’t be read as a change in view on the importance of the rule of law and of regulation, whether in crypto or anywhere else.