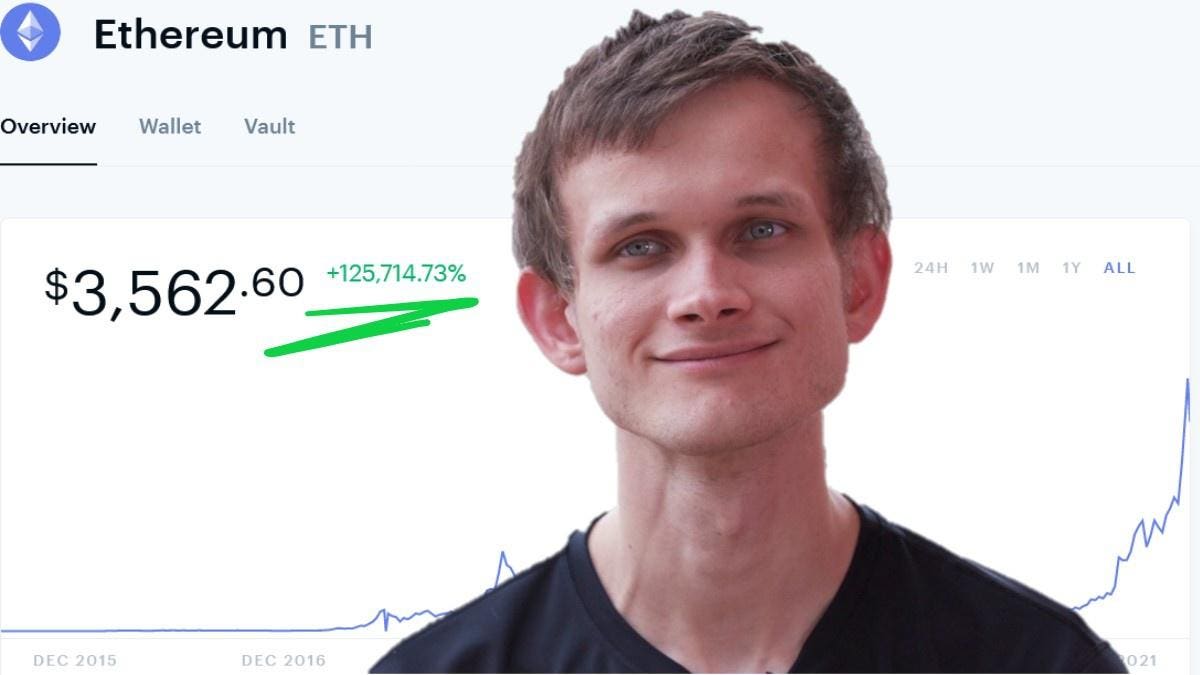 Ethereum, the most traded cryptocurrency after Bitcoin, had a bad weekend. Fear not, crypto bulls. The market is still bullish long term for ETH. That seems to be the consensus. Marc Cuban says it even “dwarfs Bitcoin.”

“There was a relentless spot bid in ETH for several week but open interest has only recently started to track with the increase in price, meaning there are less over-levered positions, relative to what you’d expect after such a strong rally,” says Andrew Moss, Managing Director of GSR Capital. “This dynamic is similar to the price action we saw in December and January for Bitcoin,” he says, looking for an explanation for Ethereum’s Dogecoin-like gains.

A chink in the armor came last week and into this weekend, primarily due to Elon Musk passing on Bitcoin for Tesla
automotive purchases, and the Colonial Pipeline ransomware action that asked for payment in Monero, considered an untraceable cryptocurrency. Those two headlines were headwinds for most of the top traded cryptocurrencies.

Ethereum, priced at just around $250 not too long ago, reached an all-time high of $4,362.35 early this month before reversing. It was trading in the mid $3,000s as of Sunday afternoon.

Investor interest in this coin has taken it to astronomical valuation levels. I think we can call it ridiculous.

Forbes reported on May 10 that Ethereum’s market capitalization was approaching that of JPMorgan Chase
, currently valued at $474 billion.

Ether’s rally this year has added some $300 million to the wealth of Russia-born Vitalik Buterin, Ethereum’s co-founder and the world’s youngest known crypto billionaire.

Everyone is in it to be like Vitalik. I don’t own Ethereum. I asked some investors to convince me why I should.

Lastly, continued institutional interest in treating crypto like any other security also helps ETH. Coinbase is the new NYSE. ETH is No. 2 on Coinbase after Bitcoin.

Seeing how the DeFi and NFT movements are directly connected to Ethereum, their increased activity has been the main driver for ETH prices in 2021, says Moss. “Users need ETH to interact with these technologies, so the more people who are involved with these communities and protocols, the higher the value of ETH goes,” he says.

Where is ETH going?

Former Ark Invest analyst James Wang told Business Insider that ETH could eventually reach $40,000. This is the most bullish call I have heard. Others in the crypto space see it doubling.

“We predict that the price will most probably double from its current state by the end of 2021 to hit over $8,000 per coin,” says Ivo Grigorov, co-founder & CEO of Credifi, a DeFi lending marketplace based in Sofia, Bulgaria.

Judging by the current momentum of the cryptocurrency space and the increased interest in Ethereum, “our price target may easily be overtaken,” Grigorov said in an email correspondence. “More investors and developers are discovering ETH or moving onto the platform in search of a more robust, stable and secure investment vehicle.”

For newcomers to the cryptocurrency market and its “companies”, Ethereum is a platform where developers can build apps favoring the easy creation of other alternative coins. An altcoin is basically any cryptocurrency other than Bitcoin, so ETH is an alt.

Ethereum is the name of the underlying blockchain technology or network, while Ether (ETH) is the digital currency that powers the platform. “Ethereum can be described as ‘the open source’ platform of cryptocurrency, just like Google’s
Play Store or Apple’s
App Store,” Grigorov says.

Just like in Bitcoin’s blockchain, each Ethereum transaction is confirmed when the nodes (participants) on the network reach a mutual consensus that this particular transaction took place and they are rewarded in ETH for their work, through a process known as mining. Mining can be easily described as solving/computing a complex algorithm in order to prove the authenticity of previous transactions on the network.

“As an investor, one of my top list cryptocurrencies to buy is definitely ETH,” Grigorov says. “The upgrade to ETH 2.0 should spur more growth and give investors massive benefits.”

That’s Ethereum. The update to the Ethereum network, known as the Ethereum Improvement Proposal 1559, introduces a base fee to Ethereum transaction fees, something all users are required to pay when they send a transaction. This proposal introduces a “burn” which – simply put – would allow for coins to be “burnt” or eliminated, thus reducing supply.

I won’t pretend to understand all the computer technicals, but ETH 2.0 is looked at as a positive upgrade to the network, and therefore good for investors.

“If we’re still bullish by the end of the year, I’d say ETH would be closer to the $10,000,” thinks Ioannis Giannaros, Co-founder of Wyre, a cross-border payment API using blockchain technology based in San Francisco. “If we’re in a bear market, we’ll see lows back in the $1,400’s,” he says.

A Reversal of Fortunes

Danial Daychopan, CEO and founder of London-based DeFi firm Plutus says there’s been a lot of “fear of missing out” when it comes to Ethereum. Investor inboxes have been flooded with something akin to “Ethereum moon” calls all month.

“FOMO has played a big part, but a lot of this is driven, too, by the rush of smart money and thousands of developers around the world buying ETH,” he says. “Developers need ETH to pay for building their applications on the Ethereum network. Think of it as a toll fee, where the biggest computer in the world charges you tolls for using its immutable cloud servers and verifying every transaction you make on it.”

The crypto investing story is the perfect get-rich quick scheme. It’s those specialty lose weight or gain muscle diets that never work; it’s the YouTuber selling you his stock picks from his Ferrari driver seat.

But if we assume crypto is a fad, trending to $0, the opportunity cost for thinking that way is through the roof. Everyone recognizes this.

If ETH does reverse this week, there will be buyers on the other end, thinking the long game. Unless you believe the long-term result is the Ethereum blockchain being centralized, and everything associated with it becomes worthless.

“If you’re an investor, just know there are at thousands of crypto losers out there,” says Daychopan. “Crypto has matured a lot, but it’s still the Wild West of investing. There are meme coins and projects that are there simply to take your money. Do your own research, invest in the future, but be patience and follow the smart money. The results will be in your favor if you do that.”