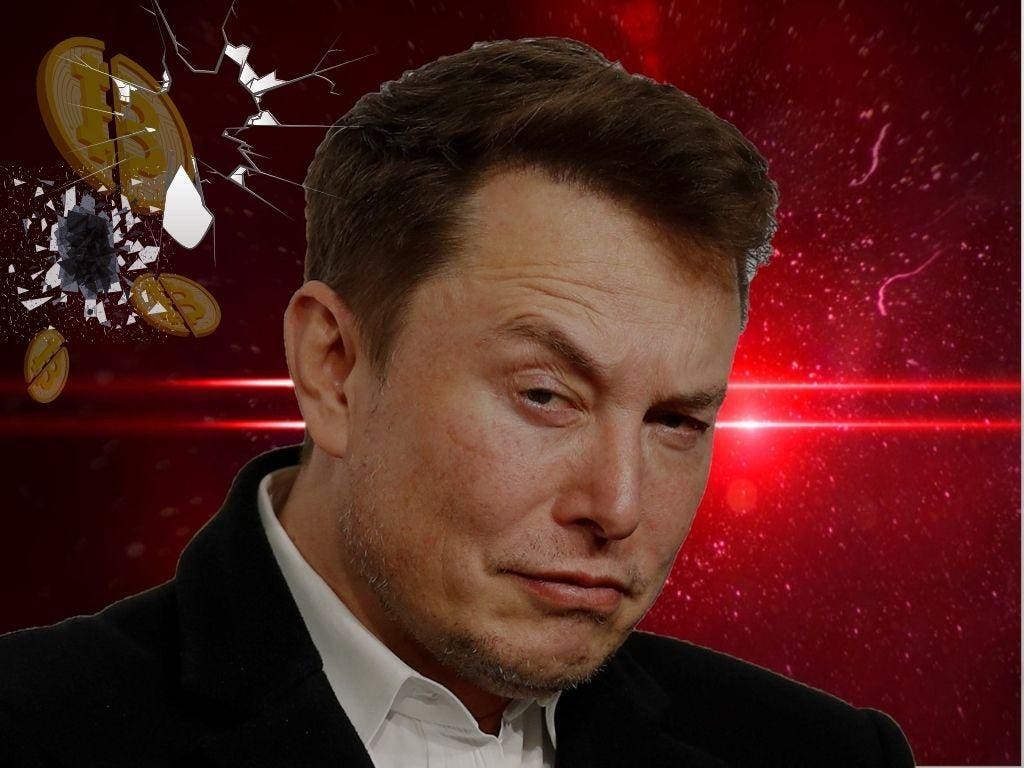 Tesl
a has, temporarily, killed Bitcoin because of climate change. But its founder’s favorite meme coin, Dogecoin, isn’t any easier on the planet. Mostly all of the top 20 coins traded on Coinbase are in decline. Blame Elon Musk? Or blame the ransom for Colonial Pipeline, paid in crypto?

Since Musk said he would no longer be accepting Bitcoin for Tesla purchases last week, the world’s leading cryptocurrency has tanked by more than 25%. Not even Tom Brady could save it. He had put out a new profile picture of himself with the ubiquitous crypto laser eyes right around the same time Musk put the breaks on it over concerns that Bitcoin mining takes up too much energy. Someone please tell Captain Planet that his car batteries aren’t exactly made from Pixie dust. Mining for the minerals like lithium that go into EV batteries is also energy intensive.

Why is Bitcoin So Energy Intensive?

Most of the world’s Bitcoin is mined in China. China is the world’s leading emitter of carbon dioxide, most of it from coal fired power plants. There is no way Elon Musk did not know this before he gave Bitcoin a huge lift by being the first automaker in the U.S. to accept a cryptocurrency as payment.

The issues about Bitcoin’s energy intensity mostly are due to the Proof-of-Work (POW) nature of Bitcoin, and so power usage is applicable to all PoW networks. Bitcoin is simply the one that is the most used, and the energy usage has been on the rise along with the growth of the network. There have been moves to mine Bitcoin using renewable energy both for higher profitability and environment friendliness, and surely China has plenty of clean energy as well – from hydropower to solar and nuclear.

The alternative blockchain network is the Proof-of-Stake (POS), which is the one Ethereum is moving to.

“Energy consumption is drastically reduced thanks to less intensive transaction validations,” says Sandeep Nailwal, Co-Founder of Polygon in Mumbai. Polygon (MATIC) is a protocol for building and connecting Ethereum-compatible blockchain networks. Their coin was up 305% in the last four weeks as of Monday evening.  It’s a proof-of-stake protocol, and so it benefited from the anti-POW trades last week, doubling in price. “Bitcoin consumes around 151 terrawatt hours of electricity, compared to the 0.00079TWh of electricity consumed yearly on a POS network,” he says.

Including other network costs, the energy consumption ends up being around 500 to 1,000 times more for a Bitcoin blockchain.

So, apparently, if you want to save the planet, Bitcoin is not for you.

Then again, neither is Musk’s other favorite coin, Dogecoin.

Doge is based on the Proof of Work consensus algorithm and is therefore energy intensive to make those coins, depending on where the electricity comes from, of course.

Musk has mentioned looking into alternatives to Bitcoin and it seems likely that he would consider Proof of Stake networks, says Arthur Breitman, co-founder of Tezos (XTZ), which is one of the first proof-of-stake networks that went into the “crypto mainstream”.

“For large corporations like Tesla, ESG and CSR considerations are just as important as network size or operational capabilities and blockchain ecosystems that understand this will be there to meet the demand from institutions,” says Breitman about the companies looking to reduce carbon footprints, but are also keen on getting in on new blockchain protocols.

This week, like everyone else, I bought some proof-of-stake protocols – for me, it was Cardano coin (ADA). As of this writing, it was a good purchase. I’m up 42%. But in the last 24 hours, I’ve already lost 6%.

Another Reason Why Crypto’s Are Falling

The recent Colonial Pipeline hack also added to cryptocurrency’s woes at the end of last week. Monero, a privacy coin that is untraceable, was used for ransom payment. Some in the market began sniffing out blood in the water. If Monero, or any other cryptocurrency, was going to be used not only to launder money, but to hold critical infrastructure ransom for payment in crypto, then surely a government would step in and clobber that cryptocurrency.

“The recent market moves were not only caused by Tesla/Elon, but by others factors too,” says Nailwal, though being outside of the U.S., he did not single out the pipeline ransom. “We’re still seeing a bigger wave of supporters than detractors in this cycle and even if we look closely at Elon’s statement it says that Tesla has no plans of selling the Bitcoin they own.”

Other than Tom Brady, Marc Cuban weighed in on crypto after the Musk Bitcoin diss. And Jack Dorsey from Twitter gave it his blessing.

Tesla revealed in its first quarter earnings report that their Bitcoin holdings were $2.5 billion and that they had sold 10% of their holdings in order to “prove liquidity of Bitcoin as an alternative to holding cash on balance sheet,” Musk had said.

In a Twitter poll last Tuesday, Musk asked if Tesla should accept Dogecoin. Some 78.2% said yes. Though it wouldn’t be any better for the environment than Bitcoin.