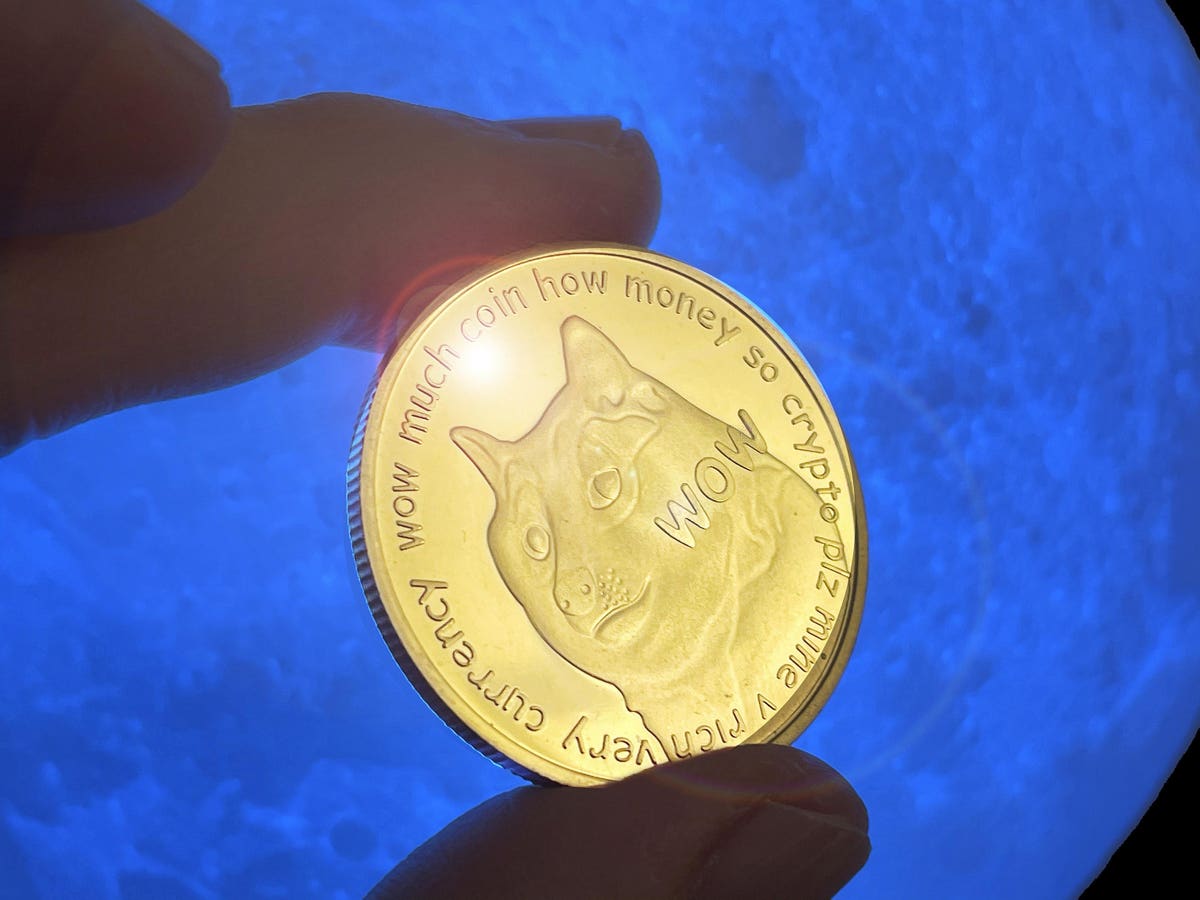 Every doge has its day. For dogecoin, the meme-based cryptocurrency and “joke” bitcoin rival, that could be today—April 20, the ever meme-able 4/20.

Dogecoin, a minor cryptocurrency until dogecoin-mania swept the crypto world this year, has been propelled into the cryptocurrency top ten and a mind-boggling $50 billion market capitalization—helped by Tesla billionaire Elon Musk. For comparison, bitcoin currently boasts a total value of just over $1 trillion, while other top five digital tokens ethereum and Ripple’s XRP are worth $240 billion and $55 billion respectively.

The dogecoin price has already surged a staggering 15,000% to 40 cents since the broad bitcoin and crypto bull run began in October last year—and dogecoin’s meme-led community is hoping this year’s 4/20 could see it reach the lofty highs of $1.

MORE FROM FORBESBitcoin And Ethereum Are Being Left In The Dust By Dogecoin As The Memecoin Price Suddenly Rockets-Is $1 Possible?By Billy Bambrough

“$1 is definitely possible,” says Alex Krüger, a cryptocurrency trader and economist speaking via Telegram and adding such a increase “is not that much more for something that volatile.”

“It’s quite a remarkable dynamic at play where a market always hungry for a strong narrative to dominate price movements has settled on the meme economy for outperformance,” Mati Greenspan, a cryptocurrency trader and founder of market analysis group Quantum Economics, says via Telegram.

The dogecoin price has climbed this week as excitement builds ahead of April 20, adding 20% over the last 24 hours and hovering around its all-time highs.

“$50 billion dogecoin removes any doubt that the current crypto boom is a classic speculative mania,” says trading veteran and author of The Crypto Trader, Glen Goodman, speaking via Twitter DM. “I like speculative manias, I make money trading the volatility, but let’s not pretend this is any kind of rational process of price discovery, for doge or any other crypto.”

Elsewhere, the wider bitcoin and cryptocurrency market has struggled since a shock $300 billion sell-off over the weekend. The bitcoin price is down around 5% over the last 24 hours while other top five cryptocurrencies ethereum and Ripple’s XRP are also down from their recent highs.

Meanwhile, bitcoin and cryptocurrency-friendly brands are jumping on “dogeday” as an opportunity to connect with customers. Newegg, a technology-focused online retailer has today begun accepting dogecoin as payment—seven years after it began accepting bitcoin.

MORE FROM FORBESDogecoin Is Holding On To Its Blistering 3,000% Price Gains-For NowBy Billy Bambrough

“The excitement and momentum around cryptocurrency are undeniable, and the recent surge in dogecoin value underscores the need to make it easier for customers to make purchases with this popular cryptocurrency,” said Andrew Choi, senior brand manager at Newegg, in a statement alongside the announcement.

However, while bitcoin and cryptocurrency analysts do see the dogecoin price climbing in the short-term, they are also warning against people getting carried away.

“Most people will lose money, as always,” says Krüger. “That’s how trading manias work. The majority usually comes in at the top.”

“This is about people jumping blindly onto the ‘next big thing’,” added Goodman.

“The true worth of every crypto will emerge in the long-run, just as we see in the stock market, but in the short-term the market operates on pure ‘hopium’. By all means, have fun trading dogecoin, but I hope people take care, a lot of money will be lost very fast by people who risk too much.”