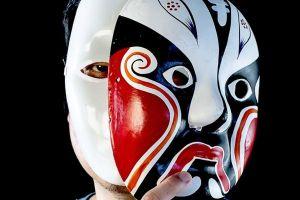 Against all odds, crypto fraud is reportedly on the rise in China, where a massive crackdown on mining, trading and crypto brokerage services appears to have failed to deter those hoping to get rich quick from crypto-themed schemes.

Per the 21st Century Business Herald, a woman this month fell victim to a scam run by a bogus company pretending to operate a BNY Mellon app for digital assets including bitcoin (BTC). Police this month confirmed that the woman had been the victim of fraud, and had lost some USD 58,600 to the fraudsters – who reportedly posed as bona fide financiers and threatened her with money laundering-related investigations if she did not pay up.

Such fake platforms are booming, media outlets have claimed, even while the government and the central bank crack down on crypto brokerages and private individuals’ bank-linked crypto transactions. Often posing as Chinese agents of notable foreign financial companies, these fake exchanges often dupe investors into believing there are depositing crypto into real crypto exchanges’ coffers – while, in fact, they are actually making transfers into a scammer’s private wallet. As such, later efforts to “withdraw” funds from these bogus exchanges quickly prove fruitless.

Others, the same media outlet explained, are making use of video streaming platforms and media production techniques.

Ostensibly, the fraudsters claim to be experienced above-board crypto traders offering free live lectures on crypto investment. Later, though, they reveal that a “higher” level of pro tips is available for paying customers. And then, some users of such platforms claimed, elite-level trading “masters” offer yet more tips – but only to those who have made “institutional investments” of up to USD 46,000.

Meanwhile, the Beijing Youth Daily reported that a Sichuan court has sentenced three people to 10, eight and seven years in prison after finding them guilty of stealing a huge bitcoin and ethereum (ETH) haul from their friend’s wife’s accounts.

The men posed as food delivery personnel and lured the woman into a parking lot to pick up a parcel. She was then hauled off the lot and bundled into a car, the court heard, before being threatened with physical violence and eventually agreeing to hand the men the keys to the crypto stash, which comprised BTC 29 (USD 989,000) and ETH 1.25 (USD 2,884).
____
Learn more:
– South Korean Crypto Exchange Execs Arrested Amid USD 2B Fraud Fears
– Ledger Hack Saga Continues: Scammers ‘Gifting’ Fake Hardware Wallets

Capitalize on Tron’s [TRX] breakout rally by doing this – Coin-News24.com

The A-Z of how Ethereum-based NFTs have been doing so far – Coin-News24.com