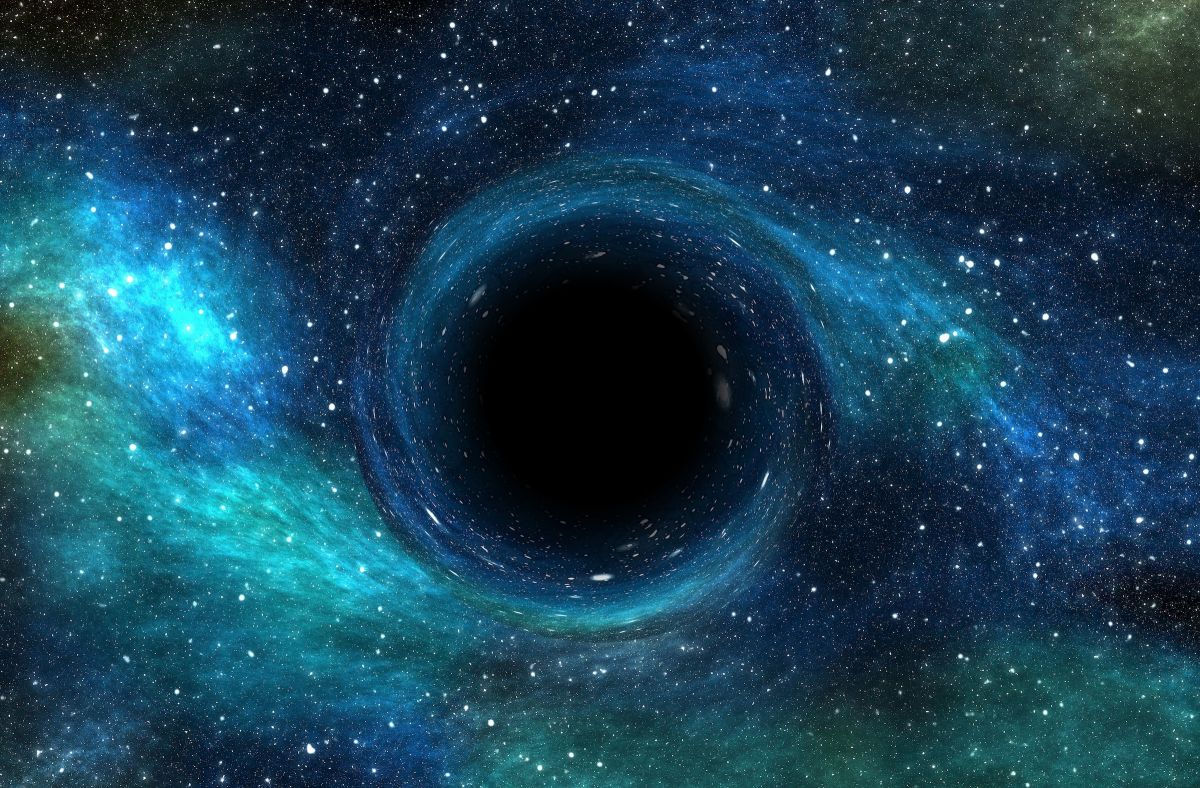 Dark matter, the mysterious substance that exerts gravitational pull but emits no light, might really consist of vast concentrations of ancient black holes created at the very start of the universe, according to a new study.

That conclusion comes from an analysis of the gravitational waves, or ripples in space-time, produced by two distant collisions between black holes and neutron stars.

The ripples — labeled GW190425 and GW190814 — were detected in 2019 by the Laser Interferometer Gravitational-Wave Observatory (LIGO) in Washington and Louisiana, and the Virgo Interferometer near Pisa, Italy. A previous analysis suggested the ripples were produced by collisions between black holes between 1.7 and 2.6 times the mass of our sun and either a smaller neutron star or a much larger black hole.

But that would make one of the objects in each collision what astrophysicists call a solar-mass black hole, with roughly the mass of the sun.

“Solar-mass black holes are quite mysterious, as they are not expected from conventional astrophysics,” such as the star explosions, or supernovas, that crush larger stars into black holes, study lead author, Volodymyr Takhistov of the University of California, Los Angeles, told Live Science in an email.

Instead, the authors propose in the study, published Feb. 16 in the journal Physical Review Letters,  these solar mass black holes may be “primordial” black holes created during the Big Bang. Or they might have formed later when neutron stars were transmuted into black holes — either after swallowing up primordial black holes, or after absorbing certain proposed types of dark matter, the mysterious matter that exerts gravitational pull does not interact with light, Takhistov said.

Primordial black holes, if they exist, were likely created in vast numbers in the first second of the Big Bang about 13.77 billion years ago.  They would have come in all sizes — the smallest would have been microscopic and the largest tens of thousands of times the mass of our sun..

Calculations show the smallest would have “evaporated” by now, by emitting quantum particles through a process known as Hawking radiation, so that only primordial black holes with masses greater than 10^11 kilograms — about the mass of a small asteroid — would still exist today.

If they did exist, these ancient black holes could make up the immense halos of “dark matter” that fringe galaxies, some astrophysicists think.

The researchers wanted to learn if they could distinguish primordial black holes from black holes that had formed from neutron stars, the glimmering remnants of supernovas left behind when their parent stars exploded after using up all their hydrogen in nuclear fusion reactions.

Astrophysicists have calculated that stars smaller than about five times the mass of the sun collapse to leave behind a neutron star of ultra-dense matter, with roughly the mass of our sun packed into a ball the size of a city, Live Science reported.

An alternative proposed by the study is that a neutron star might have attracted and merged with a small primordial black hole, which then settled at the neutron star’s centre of gravity and fed off the surrounding matter until only the black hole remained.

Takhistov and his colleagues reasoned that black holes transmuted from neutron stars would have to follow the same mass distribution of the neutron stars they originated from, which depends on the sizes of their parent stars.

Taking that into account, they looked at the data from the 50 or so gravitational wave detections made to date, and found that just two — GW190425 and GW190814 — involved objects with the right masses to be primordial black holes, the study authors wrote.

The research is not conclusive: it’s still possible those two collisions involved neutron stars of the masses detected, or black holes transmuted from neutron stars of those sizes. But the mass distribution of neutron stars theorized to exist in the universe makes that unlikely, the authors wrote.

“Our work advances a powerful test to understand their origin and relation with dark matter,” Takhistov said. “In particular, this test demonstrates that black holes significantly heavier than about 1.5 solar-masses are very unlikely to be ‘transmuted’ black holes from neutron star disruptions.”

And if that’s the case, it hints that primordial black holes might really exist, and that they could be a component of dark matter, according to the study.

The method will become more accurate as more gravitational wave detections are made, Takhistov said: “The test is statistical in nature, so gathering more data will allow for a better understanding.”