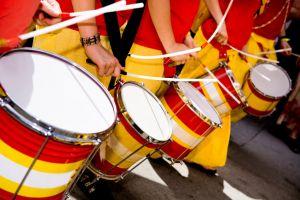 Cryptonews.com has taken another global step, this time towards the Hispanic community – by launching its tenth franchise and bringing crypto news and insights to those already within the crypto universe, as well as reaching out to those outside of it. As the Spanish version went live, a Portuguese-language one coming this summer as well.

Gastón Catzman, Director General at creator of Argentina-based gaming content Playnuts Agency, will be running the new website. He has more than two decades of experience in creating news portals in different sectors, such as CodigoPoker, CodigoEsports, and CodigoSports.

“We share our passion for crypto and Gaston was very excited about this opportunity,” said Gediminas Klepackas, Cryptonews.com CEO. “With his team, we expect to provide the best news in the region and receive a significant boost on local reporting that is interesting to the whole world. Since people living in Latin America have a keen interest in crypto, we wanted to go big and work with really good partners there.”

In 2019, they were approached by Cryptonews.com through Antanas Guoga, also known as Tony G, a Lithuania-based serial entrepreneur and a founding shareholder of the project. And though they “liked the idea from the start,” they were in the middle brainstorming a launch of their own crypto news site, Catzman said.

Nonetheless, after meeting the team behind Cryptonews.com, and learning of their plans, as well as the past successes with other projects, such as Pokernews.com, “we thought it was wise to join forces and become allies instead of rivals, striving towards the same goal, excellence in communication with a deep knowledge of the region,” the CEO said.

As for the goal, the Director of the new franchise of Cryptonews.com said it matches the goal of their other sites, stating:

“We like to be the leaders of the area we work in, considering not only visits, but also prestige and benchmark. We want the rest of the media outlets to come to us for inquiries, and the daily go-to site for our users. We will achieve this by taking firm steps, with the help of highly qualified staff, and above all by talking passionately the same language as our readers.”

The new website already has journalists in Argentina, Mexico, Brazil, and Spain; and they are “still scouting for associates in every corner of the continent.”

When it comes to the interest in cryptoassets in Latin America specifically, the Director argued that “places unknown to the world that have the chance to do things correctly, with a futuristic vision, can put their name on the map by doing so,” maybe even becoming “powerhouses of this revolution.”

As reported, El Salvador is already in the spotlight as bitcoin (BTC) is set to become legal tender in this country.
____
Learn more:
– Latin American MPs Widen Overton Window For Bitcoin
– The US Steps Up Political Pressure On El Salvador Amid Bitcoin Plans

– El Salvador Gov’t: We’re Giving out Bitcoin – but Don’t Convert it to Fiat
– El Salvador Will Be a Serious Test for Bitcoin’s Layer-2 Networks

Ethereum updates to know before taking profit this week – Coin-News24.com