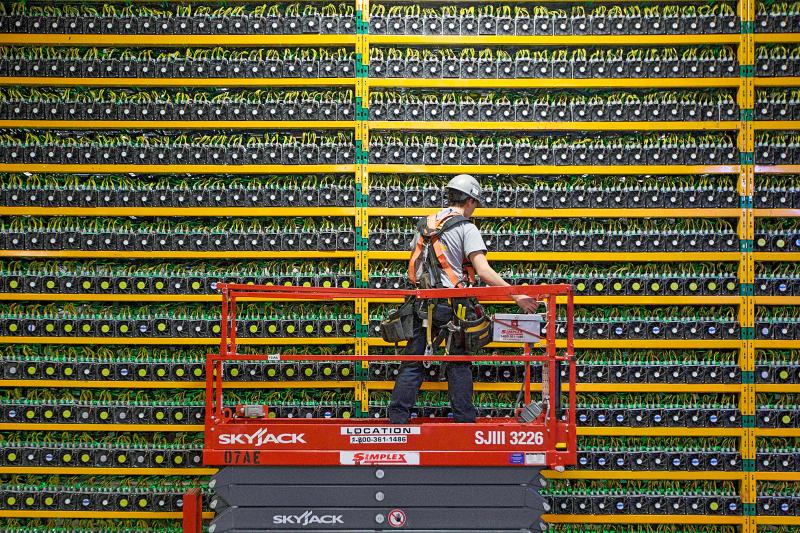 A major Chinese maker of bitcoin mining machines yesterday argued against an indiscriminate crackdown on cryptocurrency mining in China, saying that the business helps make better use of electricity, and contributes to employment and the local economy.

Zhang’s comments came after the Chinese State Council last month ordered a crackdown on energy-intensive bitcoin mining and trading, and Inner Mongolia, a major mining center, proposed measures to root out the practice.

Bitcoin and other cryptocurrencies are created or “mined” by high-powered computers competing to solve complex mathematical puzzles in an energy-intensive process that often relies on fossil fuels, particularly coal.

NASDAQ-listed Canaan makes machines, or rigs, to mine bitcoins.

Zhang said that policy uncertainty is prodding domestic miners to move overseas, and causing some clients to hold off placing new orders for mining equipment.

Spot prices of bitcoin mining machines are down 20 to 30 percent from about a month ago, hurt by falling bitcoin prices.

Canaan, which on Tuesday reported a nearly 500 percent surge in first-quarter sales to 402.8 million yuan (US$63.1 million), said that overseas markets now contribute to 78.4 percent of its total revenue.

That compares with just 4.9 percent in the first quarter of last year.

Canaan is also expanding into bitcoin mining itself, having set up an office in Singapore, and is preparing to launch a cryptomining business in Kazakhstan.