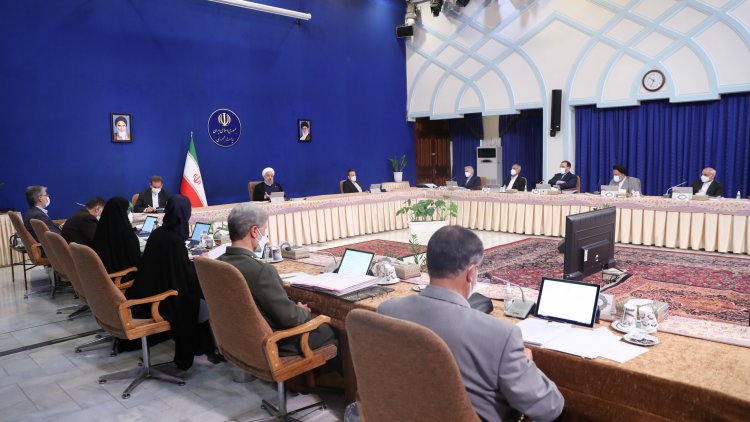 To alleviate pressure on the national power grid and prevent blackouts President Hassan Rouhani on Wednesday ordered a ban on all cryptomining until the end of summer.
“Even licensed cryptominers must stop. The Ministry of Industries, Mining, and Trade; the ICT Ministry and the Energy Ministry must closely monitor the work of miners and ensure the suspension until the end of summer,” Rouhani was quoted as saying by president.ir during the weekly Cabinet meeting.
He stressed the need to find and stop illegal crypto farms that have been using an estimated 2,000 megawatts of highly subsidized electricity.
In July 2019 the government said it would accept cryptomining as a legal industry. Miners were required to acquire license from the Ministry of Industries and pay their electricity bills based on export rates.
Cryptominers have been blamed for the serious power shortages in recent days that have fueled frustrations across the board.
Following the presidential order, the Iran Power Generation, Distribution and Transmission Company (Tavanir) again warned the army of unauthorized miners and made known that its patience was running out.
Referring to the role and significance of stable supplies for containing Covid-19, Tavanir told the unknown digital currency miners to switch off their equipment.
“Noncompliance will translate into confiscation of their mining equipment and power cut. Illegal miners who apply for a license from the Ministry of Industries in the next four months will be eligible for tariff discount.”
Tavanir said the Industries Ministry has issued permits for 50 cryptocurrency mining units that collectively consume 209 megawatts.
It called on the public to help the utility detect illegal miners and has offered rewards of up to 200 million rials to whistleblowers.

In April the Energy Ministry revised regulations for cryptomining as per which 16,574 rials are charged for one kilowatt-hour of electricity.
The tariff will be cut by half when household consumption is low and the grid is not under pressure as usually is the case in summer.
Rates double during restrictions like when power plants do not receive enough gas as a feedstock or the national grid faces problems supplying households.
The base tariff is four times the previous 4,800 rials for one kilowatt-hour. Electricity prices for cryptomining are set according to export tariffs and subject to currency rates at Nima — the currency platform where forex is traded among importers and exporters.
Iran’s installed power capacity is 84,000 megawatts.
The new regulations offer miners alternative options for buying power other than from the national grid. Miners not interested in buying power from Tavanir can set up their own renewable power plants, invest in government optimization plans or set up small-sized thermal units.