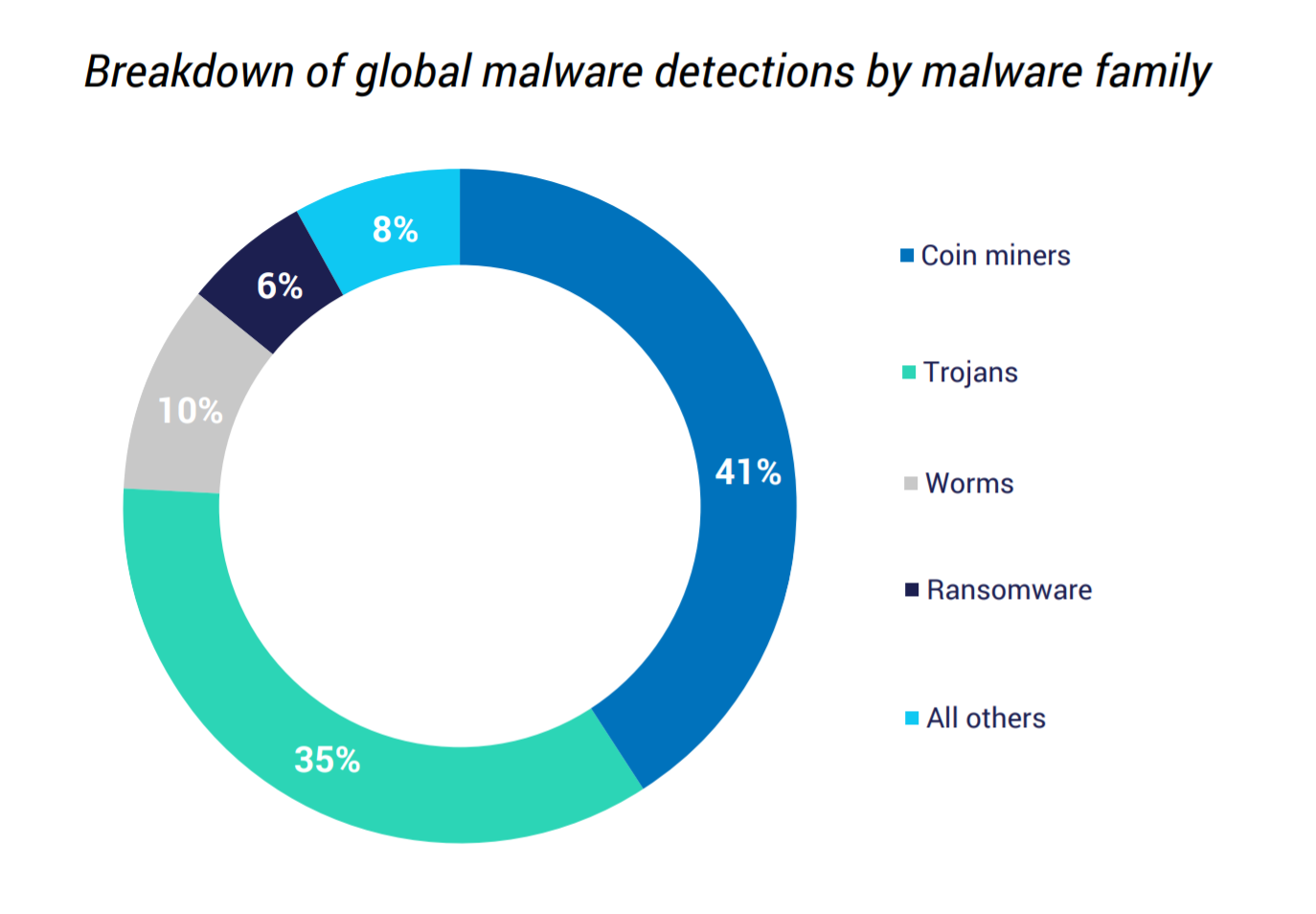 For a while ransomware was the talk of the town as scammers and hackers took to exploiting users using this undetectable atrocity. Now, they have resorted to using cryptojacking once again after its dissipation in 2019 after CoinHive, a popular mining service, was shut down.

The vengeful return of cryptojacking is causing fear everywhere as thousands are at the risk of this cybercrime. Cryptojacking is a term that refers to a hacker using your computer to mine cryptocurrency. At first glance, it might not seem as damaging, however malicious scammers involved in cryptojacking not only use your resources to their advantage but also damage your computing devices by putting excessive strain on them. These hackers expertly send undetectable emails and source links to you that once opened, attack and eat away your device. They also notify other cybercriminals to exploit the vulnerabilities of your system.

Crypto Miners have resorted to using spyware as a common malware for their malicious agendas according to NTT’s 2021 Global Threat Intelligence Report. Cryptominers have a dominant chunk in the malware engaged all over the world accounting for up to a hefty 41 percent. Their predominance was widely observed in the Middle East, Africa, Europe and America.

Coinminer variants including Cryptominer and XMR-Stak have been widely observed while one going by the name of XMRig was seen investing in mining Monero. Experts at Sopho found that an unknown attacker was trying to mine Monero through malicious malware on none other than Microsoft exchange servers while Cyberrreason too, found a number of infections of the Prometei botnet exploiting Microsoft exchange. This was a massive blow to cybersecurity and was removed as soon as possible.

Cryptohackers are known to be malicious as hijacked devices even include a server in charge of biometric closing and opening of doors. There is no extent to the ingenious activities of these hackers. Meanwhile recently a new bot has been operating on searching for vulnerabilities among the Microsoft and Linux enterprise servers, ready to bash them with the XMRig miner and malware. This popular malware has a high success rate of mining up to 82 percent.

There are two ways in which a device can be infected by mining malware. Cryptocurrencies can be produced through phishing techniques that would persuade the user to install the said malware or it can be fed in through scripts hidden in emails and ads. This calls for extreme cautiousness when dealing with spam content.

The recent surge in cryptocrime in the megabrand Microsoft has called for cybersecurity to be on alert and develop better programs that guarantee the transparency of systems, fishing out any such malware. The Intel Threat Detection Technology (TDT) inside the Microsoft Defender for Endpoint is an example of a streamlined solution generated for optimum security.

Meanwhile the value of cryptocurrency rises which is attracting more and more criminals to settle for this malware while antivirus vendors are churning out better solutions in order to combat this atrocity. As long as such solutions are being brought in, Crypto miners can be kept at bay.