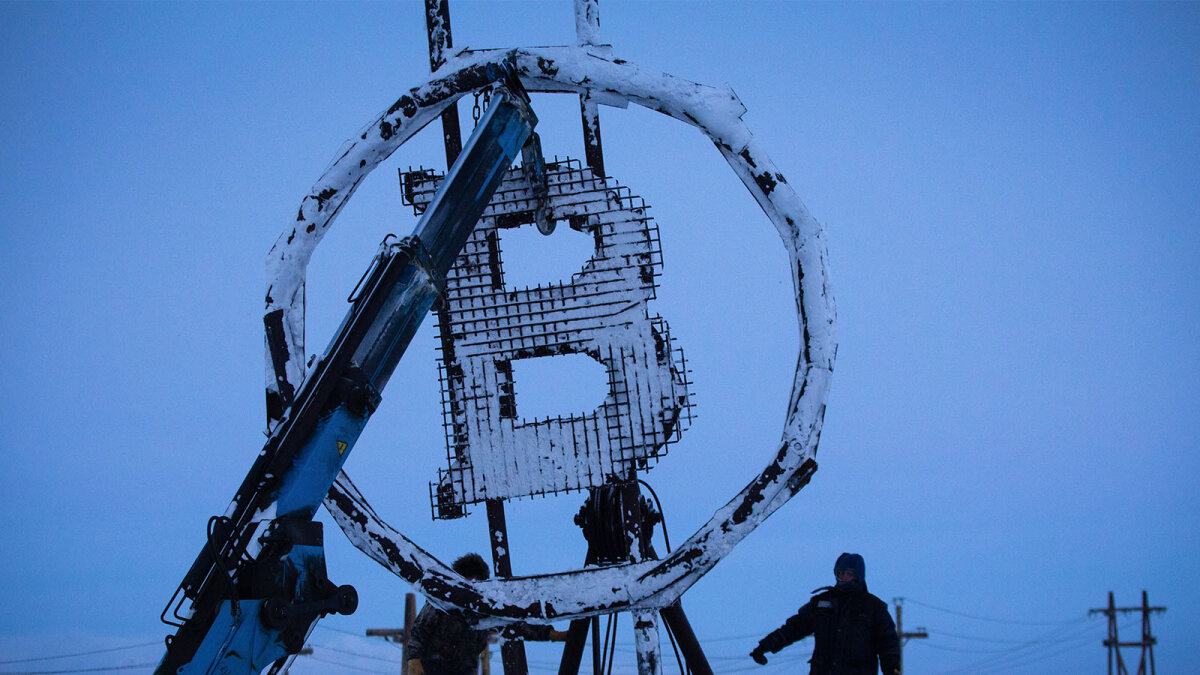 There’s a lot of buzz these days about cryptocurrencies, a sort of private-sector digital version of money that’s protected from theft by cryptography and counted through blockchain technology, which creates a multitude of digital ledgers on computers scattered far and wide.

There’s a lot of buzz these days about cryptocurrencies, a sort of private-sector digital version of money that’s protected from theft by cryptography and counted through blockchain technology, which creates a multitude of digital ledgers on computers scattered far and wide.

In addition to being used to buy things, cryptocurrencies can be bought or sold by investors. In April, 2021, according to CNBC, the global market for cryptocurrencies grew to over $2 trillion for the first time ever, with bitcoin, the biggest digital asset, accounting for more than 50 percent of that value.

But scientists and others worry that bitcoin and other cryptocurrencies might pose a danger to the planet. That’s because their blockchains require computers all over the planet to solve complex equations in order to verify transactions. That practice, called mining, can be lucrative, because the people who do it earn bitcoins as a reward, as The Balance explains.

The problem, critics say, is that all those calculations needed to solve the equations for mining cumulatively consume large amounts of electricity. Bitcoin already uses 149.63 terawatt hours annually, more than entire countries such as Malaysia and Sweden, according to the Cambridge Bitcoin Electricity Consumption Index. Microsoft co-founder and global philanthropist Bill Gates recently told journalist Andrew Ross Sorkin that bitcoin “uses more energy per transaction than any other method known to mankind.”

It’s difficult to determine exactly how much of that electricity is generated by burning coal and gas, whose emissions contribute to climate change. But since nearly two-thirds of the world’s total electricity is produced by plants that use fossil fuels, it’s not hard to imagine how some cryptocurrencies increasingly could contribute to climate change. A study published in the journal Nature Climate in 2018 concluded that the growth of bitcoin could produce enough emissions by itself to raise global temperatures by 3.6 degrees Fahrenheit (2 degrees Celsius) as soon as 2033. (Other researchers have argued that this projection overestimates the problem.)

Cryptocurrency Is Here to Stay

While that might sound scary, even the study’s lead author, Camilo Mora, seems hopeful that the problem of cryptocurrencies’ energy consumption can be remedied before things get to that point.

“Cryptocurrencies are here to stay,” Mora notes in an email. He’s an associate professor in the Department of Geography and Environment at the University of Hawaii at Manoa. “This is a technology that provides several benefits and there is clearly a huge public appetite for it. As a scientist studying this, one obviously gets very concerned over the environmental impact of technologies that are not ready for show time. However, I am positive that just as other technologies, there is room for positive change.”

Mora thinks that like other technologies, cryptocurrencies will evolve. It wasn’t that long ago that cellphones, for example, were bulky, expensive bricks, instead of the affordable gadgets that we slip into our pockets. Mora cites several emerging cryptocurrencies — Cardano, XRP, Stellar and Tron — that he says have less environmental impact than bitcoin.

“I believe cryptocurrencies will evolve to have a much smaller ecological footprint,” Mora says.

Some new cryptocurrencies strive to consume less energy by employing alternative methods such as proof of stake, in which allows a miner to validate transactions on the blockchain based upon the number of coins that the miner holds, instead of by solving an equation.

Another potential solution is to transition cryptocurrency networks away from energy sources that contribute to climate change. As the Cambridge Index website notes, alternative energy sources such as solar and wind already produce enough energy to power the entire bitcoin network nine times over.

To that end, 35 companies and individuals involved in cryptocurrency, finance, energy and prominent non-governmental organizations have formed the Crypto Climate Accord (CCA), which aims to make the cryptocurrency industry’s energy consumption 100 percent renewable by 2025.

“We are tackling this by developing various open-source solutions that make it easier for crypto mining facilities, exchanges and investors/holders to procure renewables based on the measured or estimated energy use associated with their crypto related activities,” explains Doug Miller via email. He’s the global markets lead for accord participant Energy Web, a global nonprofit that develops and distributes open-source software for energy companies that supports use of clean energy, the tracing of carbon emissions and integration of distributed energy resources such as home rooftop solar panels.

There’s variation in the energy consumption of different cryptocurrency blockchain systems, and not all of them are as energy intensive as bitcoin. “Nevertheless, the CCA isn’t entering conversations around promoting one consensus protocol over another since we’re focused on decarbonizing the entire sector as fast as possible,” Miller says. “The central aim of the CCA is to turn all crypto-related energy use into a source of new renewable energy demand so we can accelerate investments in additional renewable energy facilities. In other words, we see the crypto sector as an important and emerging renewable energy buyer class.

“We and others are developing new technology tools in line with best industry practices for renewable energy procurement so that crypto market participants can make verifiable claims about 100 percent renewables sourcing associated with the electricity consumption from crypto activities,” Miller says.

“We also plan to gather input from various stakeholders and researchers to provide guidance around whether and how additional measures should be implemented so that the sector can fully decarbonize – and provide an example for other industries to follow.”

And on a side note, Elon Musk announced on May 12, 2021, that Tesla is no longer accepting bitcoin until he’s sure it can be produced sustainably.