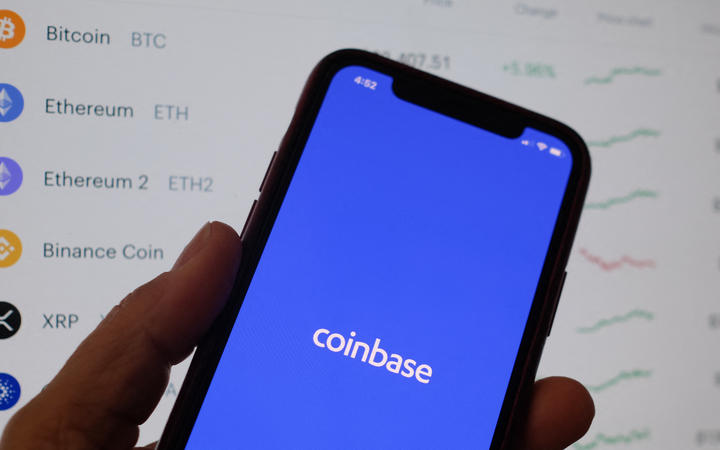 Cryptocurrency exchange Coinbase Global Inc was valued at almost $100 billion in a Nasdaq debut on Wednesday that marked another milestone in the development of bitcoin and other digital assets.

The arrival of cryptocurrency exchange Coinbase on Nasdaq is one of the most anticipated events of the year on Wall Street.
Photo: AFP or licensors

The company’s stock market debut, done through a direct listing where no shares are sold ahead of the opening, comes amid a surge in the value of cryptocurrencies which has lured a clutch of mainstream, top-tier firms dive into the space.

However, the price is only 10.9 percent above the $343.58 volume-weighted average price Coinbase’s shares were trading at privately in the first quarter of 2021.

At $381, Coinbase has a fully diluted valuation, which includes unvested stock options and restricted stocks, of $99.95 billion and a market capitalization of $75.9 billion.

“We’re just very grateful to be able to bring transparency to the crypto economy, the ecosystem that we’ve all been building over the last 10 years,” Coinbase chief financial officer Alesia Haas said in an interview.

“It just brings this level of recognition that this is an industry that is here, that is growing, and that (is not just) in the corners.”

Coinbase was valued at just under $6 billion as recently as September, but has surged in line with bitcoin’s gains this year.

The world’s biggest and best-known cryptocurrency hit a record of over $63,000 on Tuesday and has more than doubled in value this year as banks and companies warmed to the emerging asset.

The company’s most recent financial results underscore how revenues have surged in lock-step with the rally in bitcoin trading volumes and price.

In the first quarter of the year, as bitcoin more than doubled in price, Coinbase estimated revenue of over $1.8 billion and net income between $730 million and $800 million, versus revenue of $1.3 billion for the entire 2020.

“The correlation to bitcoin will be very high after the stock stabilizes after listing,” said Larry Cermak, director of research at crypto website The Block.

“When the price of bitcoin goes down, it’s inevitable that Coinbase’s revenue and inherently the price of the stock will decline as well.”

Regulatory risks also loom, others said, as Coinbase increases the number of digital assets users can trade on its platform.