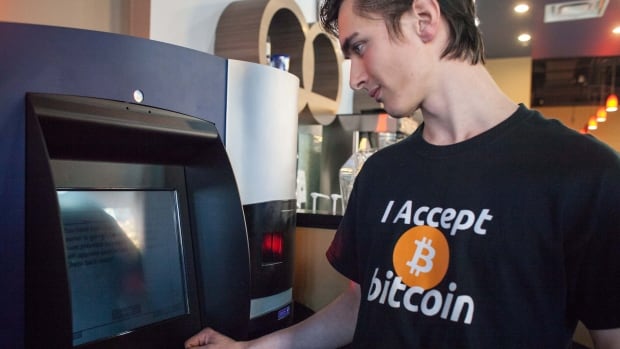 Cryptocurrency exchange Coinbase Global Inc was valued at almost $100 billion US in a Nasdaq debut on Wednesday that marked another milestone in the development of bitcoin and other digital assets.

The company’s stock market debut, done through a direct listing where no shares are sold ahead of the opening, comes amid a surge in the value of cryptocurrencies.

Founded in 2012, the San Francisco-based firm boasts 56 million users globally and an estimated $223 billion in assets on its platform, accounting for 11.3 per cent of crypto asset market share, regulatory filings showed.

“We’re just very grateful to be able to bring transparency to the crypto economy, the ecosystem that we’ve all been building over the last 10 years,” Coinbase chief financial officer Alesia Haas said in an interview.

WATCH | Answers to some common questions about cryptocurrency:

Cryptocurrency is big business, but for many not in the tech sphere, it’s still a big unknown. Here are answers to some questions you might have. 2:31

“It just brings this level of recognition that this is an industry that is here, that is growing, and that [is not just] in the corners.”

Coinbase was valued at just under $6 billion as recently as September, but has surged in line with bitcoin’s gains this year.

Bitcoin, the world’s biggest and best-known cryptocurrency, hit a record of over $63,000 on Tuesday and has more than doubled in value this year as banks and companies warmed to the emerging asset.

Coinbase enables people to buy and trade assets in a much more user-friendly way, says Andreas Park, a professor of finance at the University of Toronto who researches financial technology, or fintech.

With Coinbase, people can use a credit card to trade real money for digital currency.

At one point, there was a Canadian digital currency exchange known as Quadriga, which Park says someone essentially ran from their laptop.

“It blew up spectacularly,” he said.

So doing this well and responsibly is no small feat, said Park, noting that Coinbase has been working with regulators and hasn’t been hacked.

But in comparison to Coinbase’s North American listing, Asia has much bigger exchanges. Park uses the example of Binance, a Singapore-based company that is widely regarded as the world’s largest.

Coinbase’s most recent financial results underscore how revenues have surged in lock-step with the rally in bitcoin trading volumes and price.

In the first quarter of the year, as bitcoin more than doubled in price, Coinbase estimated revenue of over $1.8 billion and net income between $730 million and $800 million, versus revenue of $1.3 billion for all of last year.

“The correlation to bitcoin will be very high after the stock stabilizes after listing,” said Larry Cermak, director of research at crypto website The Block.

“When the price of bitcoin goes down, it’s inevitable that Coinbase’s revenue, and inherently the price of the stock, will decline as well.”

Park thinks there are huge efficiency gains that could come from the wider adoption of fintech.

He says there are applications that are already running in a decentralized manner that can replace major functions of financial markets. For example decentralized loan provisions, trading and derivatives already exist.

He cites the example of buying a stock — where you need a broker who then goes to the exchange and then through a clearing and settlement house. Plus there are notifications to a record-keeping service, as well as the actual transfer of money.

On the blockchain, Park says if you want to make a trade you put the amount you want to sell into a smart contract. The process is essentially automated, meaning people can trade almost instantaneously and at an extremely low cost.

Analysts say regulatory risks also loom as Coinbase increases the number of digital assets users can trade on its platform.