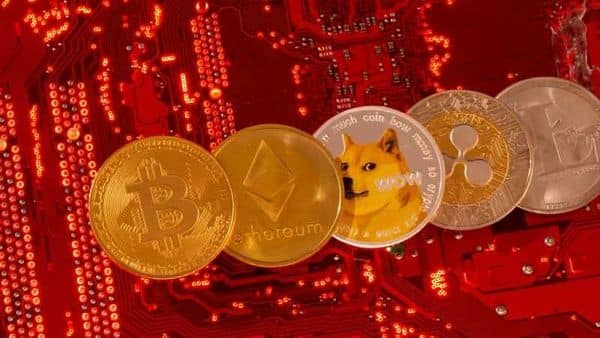 NEW DELHI: Driven by a spike in bitcoin prices during January and February as well as the adoption of altcoins during May, the global crypto population doubled from 100 million to 200 million within a span of just four months.

Overall, the number of global crypto users reached 221 million as of June end, according to a report by cryptocurrency exchange Crypto.com.

The report also showed that altcoin adoption was likely spurred by the influx of new users who were interested in tokens such as Shiba Inu (SHIB) and dogecoin (DOGE), among others. Altcoins is a cumulative term to define cryptocurrencies that came after bitcoin.

“The growth we have seen in the first half of 2021 on our platform and industry-wide is very encouraging, and we will continue investing heavily as we pursue our goal of putting cryptocurrency in every wallet,” said Kris Marszalek, co-founder and CEO, Crypto.com.

Bitcoin led the growth from January to April, as heavyweight institutions like PayPal, MicroStrategy, Visa, and Mastercard announced plans to support crypto. Similarly, ethereum saw significant growth in May and June as institutional investors continued to favour the token.

January to April remained bullish driven by the strong performance of bitcoin. However, May brought a landmark event; Elon Musk’s criticism of bitcoin correlated to a drop in both the price of bitcoin and the number of its owners, along with ethereum.

The amount of green energy used in bitcoin mining assumes significance as the world’s biggest cryptocurrency has come under severe criticism during the last three months over its environmental impact.

As per industry estimates, there are today around 15-20 million crypto users in India.

The report also highlighted that bitcoin and ethereum were losing their market shares, as new challengers like proof-of-stake protocols and meme tokens showed great potential in May, especially after bitcoin mining came under more scrutiny.

As per industry estimates over 90% of the bitcoin mining has now been shut down in China, which once represented an estimated one-third of the global crypto network’s processing power.

Altcoin ownership increased by almost 50% led by SHIB and DOGE, among others, during the first half of the year.

There are two ways to verify transactions on the blockchain — Proof of stake (PoS) and proof of work (PoW). As of now, major cryptocurrencies such as bitcoin and ethereum use PoW. This mechanism uses an advanced form of mathematics, which only powerful computers can solve. The downside is that this process requires a significant amount of electricity. Proof of stake solves this energy problem.

What Is Cryptocurrency, and How Does It Work?