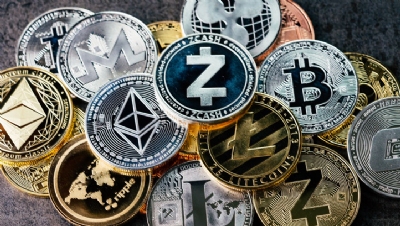 A new global accord has been set up to align the swelling cryptocurrency market with the ambitions of the Paris Agreement by ensuring that blockchain and energy-intensive currency mining systems are powered by renewables and reach net-zero emissions by 2040.

The UN-back Crypto Climate Accord has been set up today (8 April) by non-profits the Rocky Mountain Institute, Energy Web, and the Alliance for Innovative Regulation (AIR). The Accord has set out three key aims to limit the sector’s contribution to the climate crisis.

The Accord, which has so far garnered the support of more than 20 firms within the cryptocurrency space, is aiming to ensure that blockchain systems and digital currency mining operations run on 100% renewable energy by 2025, reach net-zero by 2040 and developing an accounting standard to measure emissions across the industry.

Crucially, the net-zero commitments cover business operations, digital infrastructure and the sector’s historic emissions. How these ambitions will be reached is expected to be laid out by the Accord in the build-up to COP26.

CoinShares is one of the supporting members and the company’s chief sustainability officer Meltem Demirors said: “It’s vital that we correct misinformation that has persisted about bitcoin’s energy use and sources.

“Our industry has always been focused on pushing the bleeding edge of innovation and taking action to accelerate change instead of waiting for systemic change, which takes decades and often never materialises.”

Cryptocurrency is a burgeoning sector utilised by private firms and financial institutions alike. While blockchain has numerous sustainability benefits, such as improving the traceability of products and supply chains, it is an extremely energy-intensive process.

Take Bitcoin mining, for example. Bitcoin – whereby a computer system solves algorithms to be awarded Bitcoin – used to be able to run on standard home computers. But the practice now requires more industry-scale equipment, which in turn adds to the energy usage required.

According to the Cambridge Bitcoin Electricity Consumption Index, China has the most bitcoin mining. However, the nation is also predominantly powered by electricity from fossil fuels.

One of the major issues with cryptocurrency is the lack of transparency on whether the mining process is powered by green electricity or not. As such, the new Accord is hoping to transition to 100% renewables by 2025.