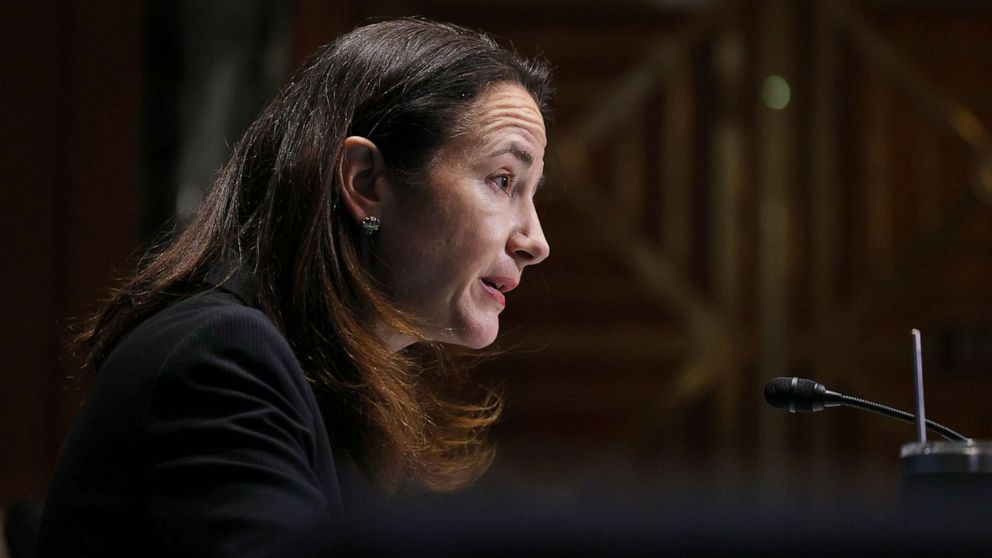 When the report last came out, Trump slammed spy chiefs for contradicting him.

The U.S. intelligence community warned in a new report that fallout from the COVID-19 pandemic will “ripple through the world for years” and is likely to escalate existing challenges posed by America’s adversaries — a sign of the challenges that lie ahead as the nascent Biden administration seeks to stem the virus’ spread and reassert America’s role as a global leader.

The Annual Worldwide Threat Assessment, which provides lawmakers and the American people with a vast landscape of threats to the U.S. homeland, found that the “far-reaching effects” of the pandemic, which “extend well beyond global health to the economic, political, and security spheres,” may present the governments of Russia, China, Iran and North Korea, an opportunity to “advance their interests at the expense of the United States and its allies.”

“The effects of the COVID-19 pandemic will continue to strain governments and societies, fueling humanitarian and economic crises, political unrest, and geopolitical competition as countries, such as China and Russia, seek advantage through such avenues as ‘vaccine diplomacy,'” the report found. “No country has been completely spared, and even when a vaccine is widely distributed globally, the economic and political aftershocks will be felt for years.”

The 27-page report, released Tuesday, precedes two days of highly anticipated congressional testimony from America’s spy chiefs, who will convene on Capitol Hill this week for the first time in more than two years.

Once an annual event, the Worldwide Threat Assessment hearings took a hiatus in 2020 after intelligence community leaders reportedly balked at depicting a national security landscape in conflict with the sentiments conveyed by then-President Donald Trump. Their 2019 testimony, which contradicted Trump’s rosy vision of relations with Iran, attracted scrutiny on the then-president’s now-dormant Twitter page.

“The Intelligence people seem to be extremely passive and naive when it comes to the dangers of Iran. They are wrong!” Trump tweeted. “Perhaps Intelligence should go back to school!”

In addition to the pandemic-related challenges that lie ahead, the intelligence community warned that climate change, an increasingly hostile cyber landscape and ongoing regional conflicts will likely present additional challenges to the U.S.

The report also highlighted lingering nuclear threats posed by Iran and North Korea, the continued use of online influence campaigns employed by the Kremlin and Beijing’s “whole-of-government” efforts to “undercut” the United States’ geopolitical power.