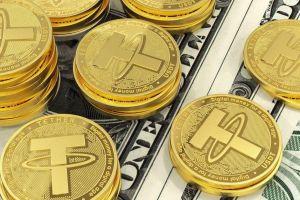 Coinbase Pro has listed the most popular stablecoin tether (USDT) days after the parent company of the exchange went public, while the company behind the stablecoin has been criticized for lack of transparency.

Starting April 22, inbound transfers for USDT are available in the regions where trading is supported, ahead of the start of trading set for April 26, if liquidity conditions are met, said the crypto trading platform owned and operated by Coinbase.

Support for USDT will generally be available in Coinbase’s supported jurisdictions, with the exception of New York. Also, USDT is not yet available on the Coinbase platform or via the mobile apps.

As USDT has been launched on multiple chains over the years, including OMNI, EOS, Tron (TRX) and, as was recently announced, Polkadot (DOT), the exchange stressed that they only support ERC-20 USDT running on the Ethereum (ETH) blockchain.

The company behind the stablecoin, Tether Limited, claims to hold reserves that fully back each USDT (its market capitalization surpassed USD 49bn), said the announcement. As reported, in a February settlement with the New York Attorney General‘s office, Tether was obliged to disclose how its stablecoin is backed in more detail. Its March independent accountant’s report claimed that the company’s assets exceed its consolidated liabilities as of February 28.

Analyst Adam Cochran’s view is that this listing is the “most bullish piece of news” he’s seen in a long time. “This strongly legitimatizes Tether, which underpins huge price action, and now makes arbitrage to non-fiat exchanges more direct which is huge for capital flows,” he wrote.

Some folks DMing asking why its important.

1. Lots of FUD about Tether being unbacked and propping up the market.

2. Lack of clarity of legal status of Tether as an asset.

Coinbase wouldn’t list it if they didn’t have confidence in both these issues.

Researcher and Tether critic Cas Piancey tweeted that it’s “mind-boggling” that Coinbase waited until after its direct listing to list tether. “Either the greatest move to finally make skeptics shut up or the absolute worst introduction of systemic risk possible, or both.”

And while Cochran claims this news legitimizes tether, Partner at Anderson Kill Stephen Palley opined that this move maybe “strongly delegitimizes Coinbase,” adding that “it’s a terrible move and injects systemic risk right into the heart of crypto.”

Cochran agrees there’s a risk, but that it’s “orders of magnitude smaller.” If odds are laid out, it’s more likely that it’s in favor than not. “With their stake in USDC, & institutional footprint, I don’t think their upside for USDT is that large. So this risk they’d weigh for it has to be comparable,” he said.

But Piancey argued that Coinbase has USD and “it doesn’t really matter how anyone feels about Tether and it’s backing now. They’re 100% easily tradable for USD (or USDC) on a US platform.”

Everyone has doubts because no one can confirm anything, it’s a series of “trust us don’t worry” & “forget we ever did that, things are cool now though.”

People doubt it because it deviates from the realm of verifiable and is disproportionately important to the bull thesis.

Shiba Inu accumulation at this price level could be beneficial – Coin-News24.com