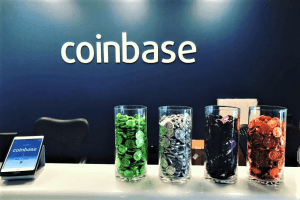 Hundreds of Coinbase employees have been handed shares worth thousands of dollars ahead of the crypto exchange giant’s direct listing – expected to be completed today, money that might well be used to invest in bitcoin (BTC) and altcoins.

Over 1,700 employees have been given 100 shares by Coinbase “as a way of expressing the company’s gratitude,” Coindesk reported, citing a Coinbase spokesperson.

And with Nasdaq stating yesterday that Coinbase’s reference price for the direct listing would be USD 250, the handout could be worth a cool USD 42.5m. Being crypto-savvy individuals, Coinbase staff may well cash in on their shares – and convert their fiat holdings to crypto. Moreover, in this listing, employees and insiders can sell their shares right away.

Also, Ireland’s Business Post reported that it had seen “company documents for Coinbase Ireland” that showed “it has granted 105,510 share options to its employees in recent years.”

However, one analyst earlier this month poured cold water on the theory that BTC would be in for a boost as listing completes later today, opining that if “investment dollars that flow to Coinbase provide a ‘crypto’ allocation,” this event would “satisfy many retail and institutional investors in a way this steals potential investment demand away from bitcoin.” Also, according to him, this listing still doesn’t mean that the employees will decide to invest that money into BTC. This is particularly notable as the company itself “hasn’t shown a particularly strong desire to acquire bitcoins in its treasury.”

In either case, the Nasdaq valuation is only an estimation, however, reflecting past transactions and input from the investment banking sector. But if accurate, it would value Coinbase – fully diluted – at around USD 65.3bn. For example, on crypto derivatives exchange FTX, COIN, a token that tracks Coinbase’s market cap, peaked above the USD 620 mark as the direct listing approached, although prices have since dipped below the USD 580 threshold.

CNBC added that if Coinbase reached a USD 100bn market capitalization, it “will instantly be one of the country’s 85 most valuable companies.”

The company’s tracker on the exchange will be COIN, and over on Reddit, some stated they would be prepared to buy shares at Nasdaq’s USD 250 valuation, but believed that prices of over USD 600 were overstated.

Some estimate that a post-listing drop would likely follow later today.

@BarrySilbert Good luck… no way coinbase holds that valuation… competition will heat up… people will be lef… https://t.co/KvGToTNDQY

But away from the stock market, many crypto observers will be taking a keen interest in the possible knock-on potential for crypto markets, with BTC currently sailing toward the USD 65,000 mark after breaking through its all-time-high this week, with ethereum (ETH) and altcoins following suit.

Will Polkadot be the hidden gem of this bear market? Metrics reveal… – Coin-News24.com

Lido Finance TVL’s supremacy and everything you need to know about LDO – Coin-News24.com