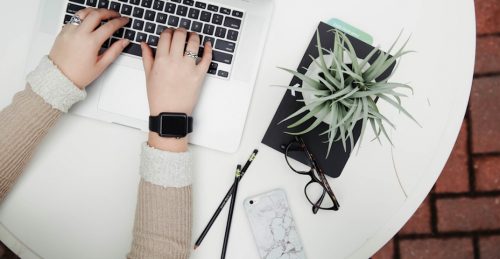 Bitcoin’s massive resurgence after 12 years has motivated big banks to offer cryptocurrency services, but statistics suggest it could be too late. According to Reuters, the supercurrency reached a record altitude of $61,683 on March 13, surpassing its $58,354 market cap in February.

Tesla’s shock announcement that it had purchased $1.5 billion of the supercurrency captivated a critical mass of global citizens, further persuading investors who in the past vehemently despised the concept of blockchain. Bitcoin’s resurgence has influenced the way people think about blockchain. It’s also inspired them to question the way our traditional financial systems operate.

The practicality of fiat currency is, or at least should be, simple — yet statistics indicate that perceptively, it’s not. According to a 2015 report, more than half of Americans (53%) don’t trust their banks, and as such, plan to hide their cash at home.

According to Aeon, the mistrust of banks isn’t a recent phenomenon and in fact, started in the 17th century. More recently, the 2008 Financial Crisis propagated the incredulity of financial institutions. As such, polls suggest that in 2010, only 18% of Americans trusted banks. This sentiment is not isolated to North America. In fact, the 2015 Edelmen Trust Barometer survey found that only the media is less trusted than banking and finance across 27 industrialized nations.

Blockchain and cryptocurrency have become a magnet since Bitcoin’s resurgence. Its learning curve is apparent and thus, requires time to patience. The disparity between beginners and advanced users has created a demand for no-headache software. So, early stage small-cap publicly traded company Cloud Nine Education Group Ltd. (CLGUF) has engineered comprehensive plug and play crypto mining software that anyone can use, with no expertise.

The user-friendly software currently has a waitlist of  10,000 people. Fortunately, you can add yourself to the Limitless VPN here. The software creates a blue sky opportunity for beginners arriving to crypto-trading for the first time. For several years, the blockchain world was largely inaccessible to the everyday person. Even on a conceptual level, the ideas were difficult to grasp without knowing an reputable expert to explain how it works. Crypto mining, as an area that was largely designated to inner tech circles, is easy to do with Cloud Nine’s software. This ingenuity of the product could level the playing field for years to come.

As of recently, the company’s executive team has undergone exciting changes. On March 8, the company announced the addition of blockchain expert Pavel Bains as the company’s Strategic Advisor. Bains is a contributing writer to Fast Company, Venture Beat and Forbes. He is also a prominent thought leader in the areas of digital media, finance and technology.

“We are thrilled to have Pavel on board. His in-depth expertise in the space will help pave the way for our extensive roadmap of upcoming emerging technology products, including the proposed closing and launch of partner platform, Limitless Technologies, and the expansion of our partnership with Next Decentrum,” said Allan Larmour, CEO of CNI.

Unlike alternative software on the market, CNI’s digital wallets are acquired by Limitless, recognized for its proprietary technology — especially within the crypto area. CNI has a current valuation of just $29 million  and is supported by its strong backbone in proprietary cloud-based education software.

The simplicity of the software softens the learning curve for beginners, when crypto mining can feel daunting at the best of times.

CNI recently announced the introduction of its plans to help others learn about emerging technologies. The company’s desire to help others build success is a good sign for investors.

According to Larmour, “We believe Cloud Nine is strategically positioned to capitalize on the dominance of emerging technologies like blockchain and the ability to learn faster and easier from collaboration with key educators and influencers in the marketplace.”

In early March, amateur bitcoin mining operation Cipher Mining Technologies announced its merger to go public with blank-check company, Good Works Acquisition. It’s big news to many, and a lot to take in — especially to the untrained eye.

According to a Wall Street Journal article, blank-check companies can be “fads” and contain pitfalls for investors, citing data that more than half of blank check companies that went public in 2015 and 2016 “are now trading below their offering price.”

In a world where people consider hiding their money at home, lives could change a great deal if they could trust their crypto software. Those who use it require no education, but the software itself must be credible and trustworthy. Investors can trust in CNI’s software efficacy as the company itself has already thrived within the prestigious institution of education for years. Today, the company has a waitlist packed with 100,000 people eager and ready to use its crypto mining software.

Banks, at times, fail to safeguard the fiat money of citizens. Credible and user-friendly crypto mining software on the other hand, is safe and lucrative just as Blockchain was intended to be. And now, beginners can be a part of it.