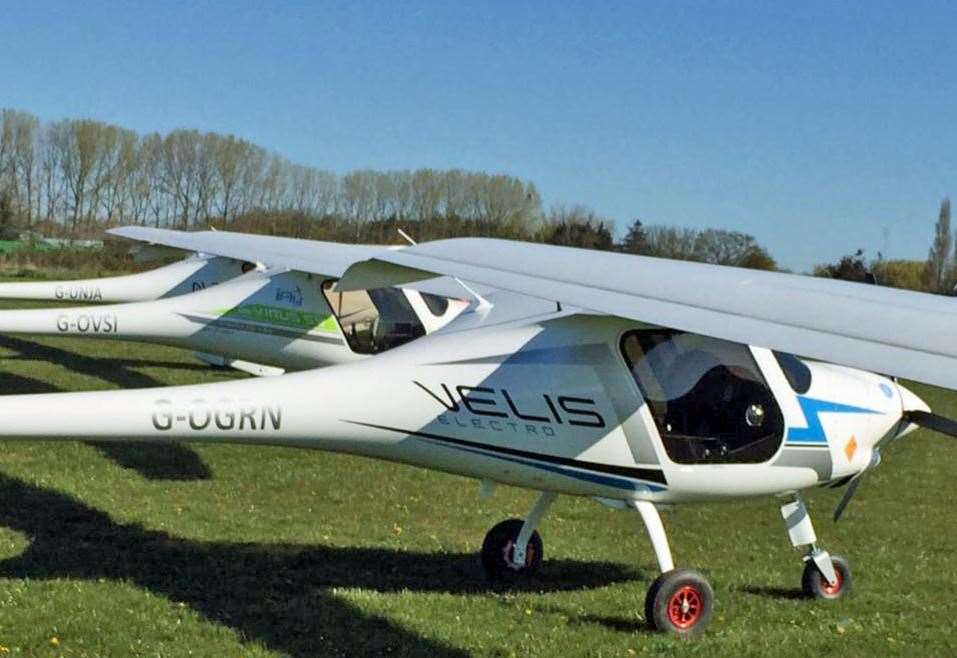 But there is mounting opposition from nearby villagers who fear noise, pollution and harm to wildlife.

Supporters of the planned airfield near Little Mongeham say it is meant to help spearhead revolutionary all-electric and silent light aircraft.

It will be one of the first ever to have a charging point for the first all-electric Pipistrel Velis Electro two-seater aircraft to be certified in the UK.

A group of aviation enthusiasts are masterminding the venture, which would be on farmland owned by Richard Ledger.

Their plan is that in using it as a testing ground for the new breed of electric aircraft they will be helping “pioneer the greener shape of the future of light aircraft aviation”.

Mr Ledger, whose planning application has just been lodged, said: “With the need to protect the environment we have seen an explosion in the numbers of electric cars on the roads.

“My land is in line to turn private flying greener.”

“As battery technology improves there is little doubt aviation will go the same way. It’s extremely exciting to know that my land is now in line to play a major role in this move to turn private flying even greener.”

Dover District Council is being asked for permission to create a home for up to 20 light aircraft owned by private pilots from this area of Kent who have had to move from their former site after it was sold.

Although mostly two-seaters with small, ultra-fuel efficient engines, they nevertheless use conventional fuel.

The hope is that as the technology for all-electric aircraft advances there will be a steady changeover.

Those supporting the scheme say planning for the new airfield has been going on behind the scenes for a long time.

This is to ensure that there is no risk of it intruding on residential areas and so that the countryside is fully protected.

The grass runway has been orientated to ensure that aircraft landing and taking off will not fly over any residential areas.

A spokesman for the aviation enthusiasts said they were willing to discuss the plans with neighbours.

He said: “Someone used the term aerodrome in respect of it, which conjures up images of something on the scale of Manston. This is a tiny grass farm airstrip which will be completely unintrusive.”

And he said once the project was up and running one of the first events to take place would be an open day to give interested residents a chance to view the airfield.

He adds: “Because it’s a totally new project we’ve started with a completely blank canvas and as such have gone all out to ensure that the development will be eco-friendly in every way possible and will not intrude in any way on those living in the area.”

The site would also welcome young people to encourage an interest in the variety of aviation-related jobs available.

It is also hoped the plan will give the area a boost by attracting visitors from other parts of the country, either as day visitors or to stay in a number of ‘Glamping’ units, and tour the area on foot or by bike.

But the plans face stiff opposition and a pressure group, Chocks Go Away, has been set up to fight the scheme.

The group intends to use methods such as crowdfunding, Zoom meetings because of the pandemic and will leaflet homes.

“Even with the best will in the world we believe the planes will have to approach and descend over us.”

A spokesman said: “We want to enjoy the tranquility of this area and we fear this will cause noise, pollution and harm to local wildlife.

“Even with the best will in the world we believe the planes will have to approach and descend over us.”

A woman who lives in Little Mongeham, who did not want to be named, said: “Opposition is growing daily and I think it will build up to hundreds fighting this.

“This would affect not only our village but also Great Mongeham, Northbourne, Ripple and Sutton.

“We are in a beautiful natural area and fear this could affect animals such as buzzards and bats.”