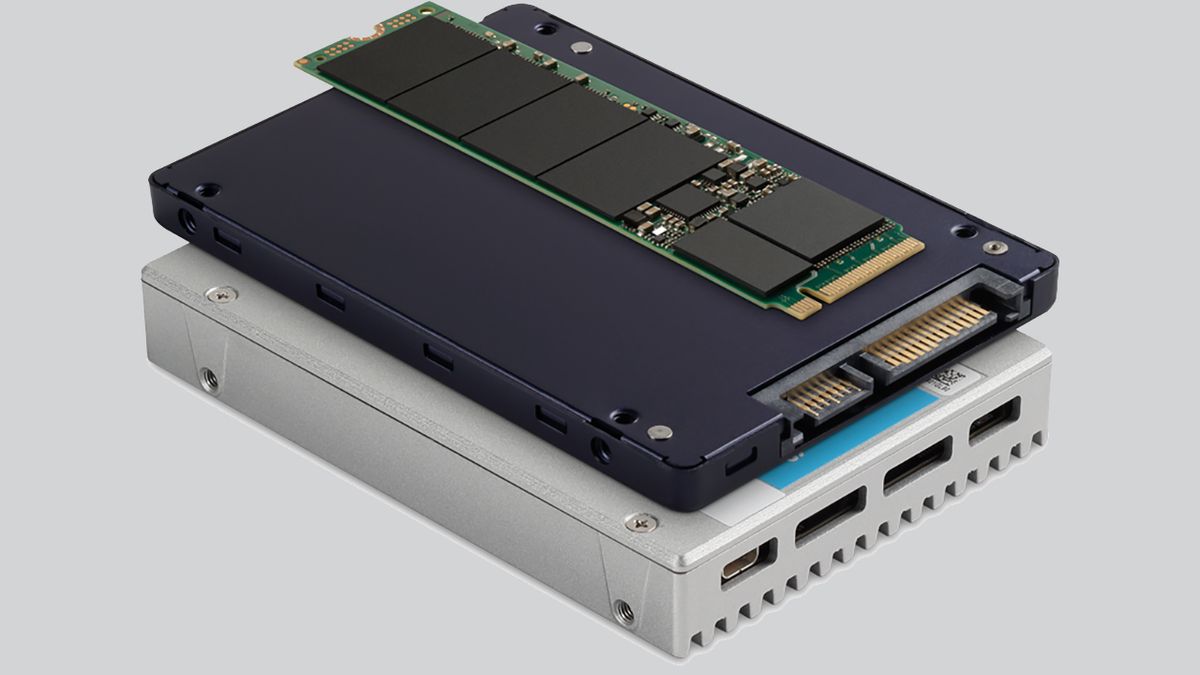 Unlike Bitcoin and Ethereum mining, Chia cryptocurrency farming does not require expensive accelerators or graphics cards. Yet, it still may be quite an expensive way of getting cryptocurrency as it requires fast SSDs to create plots and high-capacity HDDs to store those plots. Furthermore, since consumer-grade SSDs are not designed for write-intensive workloads (something that our avid readers know well), they can easily fail after weeks of ‘plotting,’ so one has to choose hardware for Chia farming wisely.

The creation of Chia plots is the most time-consuming task when it comes to Chia farming, so the use of fast SSDs in RAID mode is something that makes a lot of sense from performance and timing perspectives. However, not all SSDs are good enough for this workload. Inexpensive consumer-grade 1TB SSDs these days come with approximately 600TBW (terabytes to be written) endurance rating, which equals to about 0.3 drive writes per day (DWPD) over five years.

For client PC workloads, this is more than sufficient, but plotting Chia uses loads of writes, so a cheap 512GB SSD can be trashed in 40 days, reports MyDrivers. A higher capacity drive featuring a similar DWPD rating would have lasted longer, for about 160 days.

Roman ‘der8auer’ Hartung released a video about how to properly build a Chia farming rig. He did confirm that using SSDs for plotting makes a lot of sense, since it’s considerably faster than using HDDs for the same workload. He noted that for Chia farming and plot creation, it is crucial to choose SSDs with a high TBW and DWPD ratings, since they are more suitable for the task.

However, there is a catch. SSDs with a high TBW and DWPD rating are usually aimed at datacenters and are priced appropriately as they have a number of enterprise-grade features and sometimes come with higher-quality flash memory. Using them for mining may not be exactly financially viable. Recently, TeamGroup introduced SSDs specially designed for Chia mining that have a high TBW rating, but do not support any functionality one comes to expect from a datacenter SSD.

Speaking of financial feasibility, it should be noted that retail prices of high-capacity HDDs and SSDs have increased significantly in the last few weeks, and many popular models have gone missing. With elevated hardware prices, Chia farming may not be as lucrative as it used to be just a few weeks ago. Nonetheless, it does not look like actual short-term profitability will stop the ongoing Chia craze as many people hope that a future increase in the cryptocurrency’s price will offset any hardware costs.