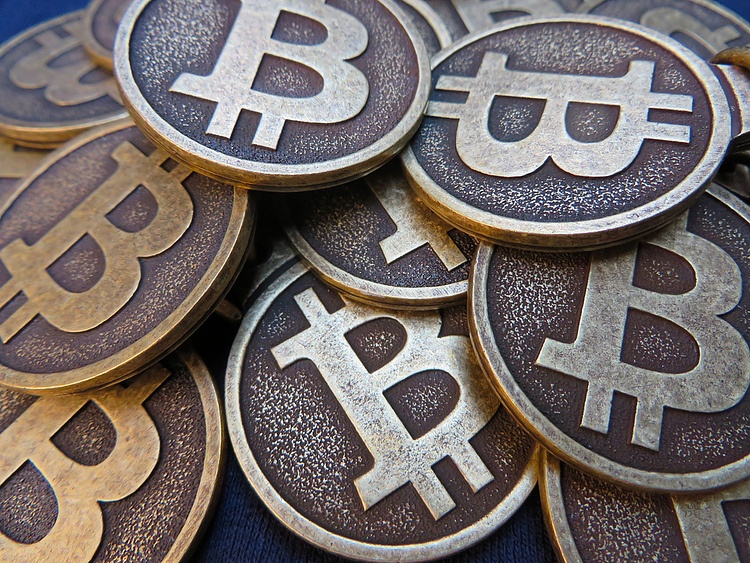 On April 30, Bitcoin price emerged from an inverse head-and-shoulders pattern with a strong 8% gain, but the price action following has been uncommitted, frustrating the biggest bulls, retail or institutional. Part of the reason has been the stubborn attraction to the 50-day SMA. Specifically, BTC has touched the intermediate-term moving average seven of the last eight trading days, with Bitcoin price never getting more than 5% above. Moreover, it is essential to note that the tactical moving average is trending downwards, adding to the downside pressure on price.

Since the magical rally of 10% on April 26, Bitcoin price has generated a meager 9% gain, leaving it way behind the leading digital assets that in some cases have delivered triple-digit returns from the April low.

A renewal of the rally from the April low will discover formidable resistance at the 361.8% Fibonacci extension of the 2017-2018 bear market at $63,777, a level that arrested the attempt at new highs in mid-April. Just above is another critical level of resistance, framed by the April high of $64,899 and the wedge’s lower trend line at $65,635.

If Bitcoin price can shake free from the resistance mentioned earlier, it will increase the probability for a test of the wedge’s upper trend line at $72,220. Beyond the trend line, BTC bulls are free to project a test of the 461.8% extension of the 2017-2018 bear market at $80,540

The next support is the April low at $47,044, and if the situation deteriorates, Bitcoin price may test the February low at $43,016.

A 110% gain over six weeks is a remarkable return for the leading digital asset. As a result, it touched the 261.8% Fibonacci extension of the 2018 bear market at $3,587 this week, accompanied by a minor bearish momentum divergence as the daily Relative Strength Index (RSI) failed to print new highs.

An earlier FXStreet article raised that Ethereum price was defining a rising wedge pattern on the 4-hour chart, lifting the probability that the then unfolding breakout from the wedge was a bull trap. Indeed, the breakout reversed and quickly tested the wedge’s lower trend line at $3,421. The reversal has since rebounded, but the mildly bearish outlook has not shifted. 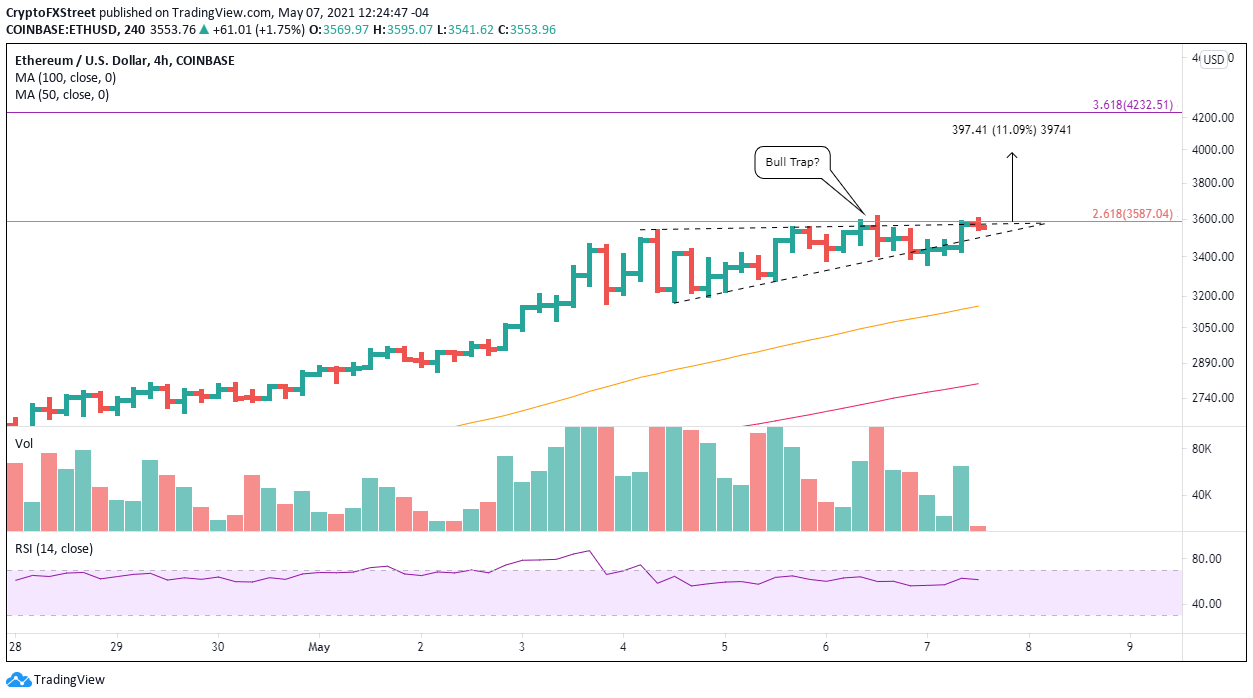 At the beginning of 2021, Ethereum price registered 6-week gains of around 135%. A solid daily close above the wedge will signal that ETH is ready to march higher this week, possibly to a gain of 135% over the last six weeks. The target price is $3,979.

Bigger aspirations for ETH could target the 361.8% Fibonacci of the April correction at $4,232. A gain close to 20% from the price at the time of writing.

XRP price throws a curveball to the bulls

Yesterday, XRP price emerged from a bullish cup-with-handle base, offering new traders the opportunity to capitalize on a time entry price. Unfortunately for the bulls, the breakout reversed back into the handle, triggering a trading rule: the pullback-plus-four. Specifically, if a breakout reverses back into the base, you give it four days to trade above the breakout high. A failure to do so increases the probability that XRP price is ready to decline or embarking on a more complex pattern. 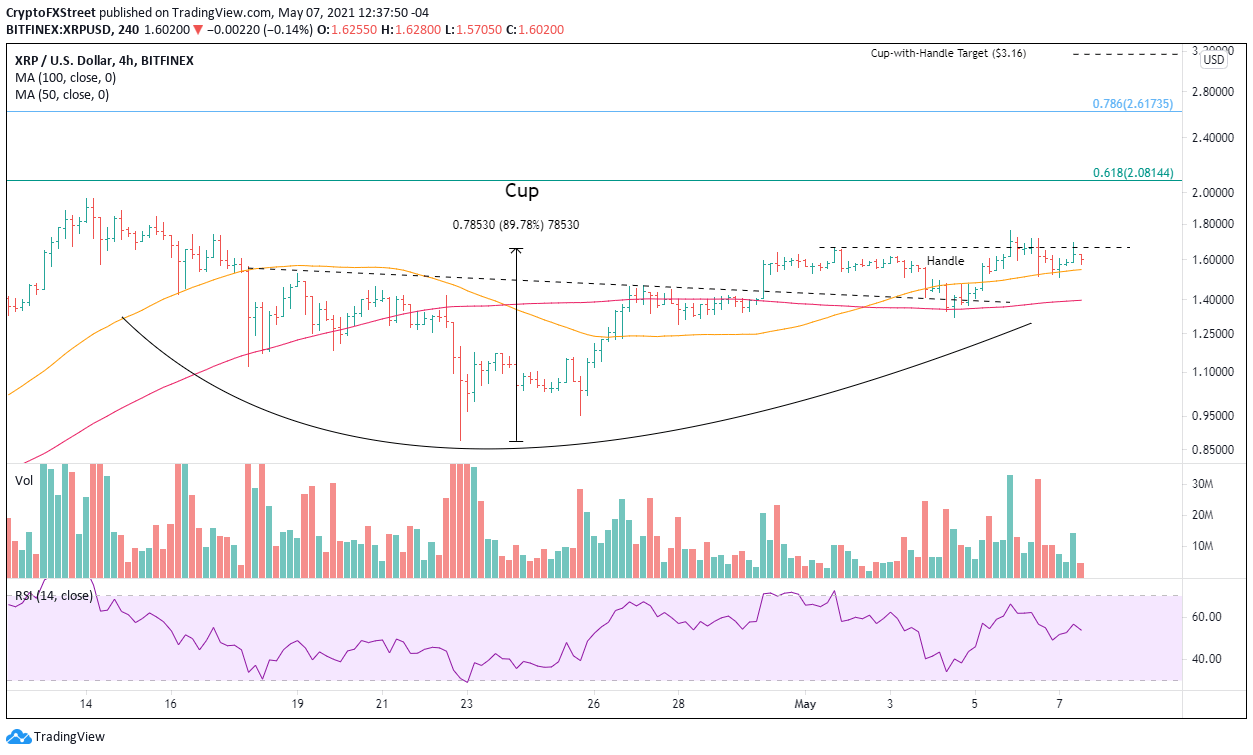 A failure to trade above the breakout high of $1.76 within four days should put traders on the defensive and prompt at least a reduction in positions. A decline below the handle low of $1.31 would indicate that XRP price is vulnerable to a monster pullback or a more complex bottoming process.