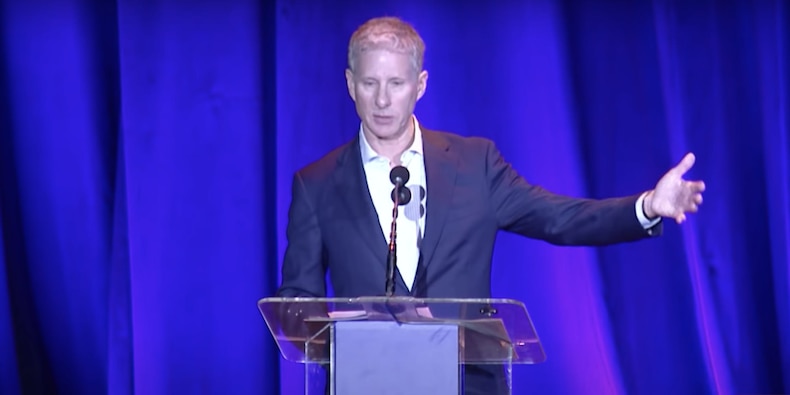 The conversation around bitcoin’s environmental threat seems to be escalating as more people call out its impact on the climate.

Chris Larsen, Ripple’s co-founder, has suggested bitcoin should surrender its core proof-of-work (PoW) technology that is used in the mining process. He said it should instead use other methods such as proof-of-stake (PoS), federated consensus, or another technology that is yet to be developed.

PoW is an algorithm in the blockchain technology used to confirm bitcoin transactions and produce new blocks on the chain. It is an energy-intensive process, and even a few transactions on the network can have as much of a carbon footprint as driving a gas-powered sedan for 1,000 kilometers.

Bitcoin running on the PoW algorithm has led it to consume an average of 113.8 terawatts per hour, roughly equivalent to energy consumed by 12 million US homes, and release an estimated 63 million tons of CO2 annually, Larsen said in a blog post this week.

The PoS network, that Ethereum 2.0 runs on, is more energy-efficient as it uses less computing power to secure the blockchain. Larsen thinks Binance Coin and Ethereum, which both operate on PoS, should be commended for their efforts on sustainability.

“I know this is a bold proposal, but it is worth a serious discussion given what the world looks like today (in comparison to when Bitcoin was launched in 2009),” Larsen said. “While there are passionate debates about PoW versus other validation methods, we now have almost a decade of data to review.”

Ripple’s XRP has been using federated consensus, which allows multiple entities to take charge of the network, for nine years. Larsen said that is indicative of a carbon-neutral network, equivalent to the energy consumption of only 50 US homes per year.

“Today, non-PoW-based coins (including Ethereum’s anticipated switch) make up 43% of all cryptocurrencies by market cap, and the majority of new cryptocurrencies introduced today choose to eschew PoW. It’s clear which way the trend is moving.”

“I would argue that such a change is critically important for Bitcoin to remain the world’s dominant cryptocurrency.”

Larsen warned that while bitcoin gains institutional and retail prominence, many of its advocates are turning a blind eye or attempt to greenwash its problem.

He also said Tesla’s $1.5 billion investment in bitcoin goes against its purpose of being an electric-vehicle maker. The purchase wiped out the automaker’s entire annual C02 savings, he said.

“As companies begin to understand this troubling connection, they would rightfully have concerns investing. Bitcoin advocates should see this as a significant threat.”