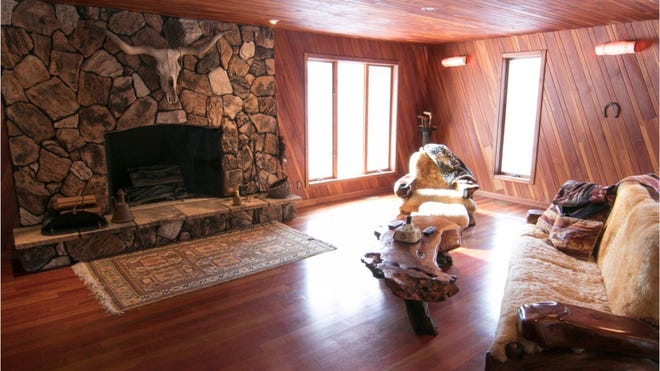 Blockcap, a bitcoin mining and blockchain company, is moving its corporate headquarters from Las Vegas to Austin, with plans to continue to grow its operations, according to the company.

The company, which describes itself as one of the fastest-growing cryptocurrency mining operators in North America, was founded last year and combined assets from five existing bitcoin mining companies. Blockcap estimates it accounts for nearly 1% of all bitcoin network transactions.

Bitcoin is a cryptocurrency, which is a form of currency that exists only in digital or electronic form. Companies such as Blockcap “mine” bitcoins through a process that includes solving complex computational math problems. The companies often use equipment in bulk and scale operations to save on costs.

Blockcap says its aim is to grow the U.S. market for digital asset mining and blockchain technology. A blockchain is a digital record of transactions. Transactions that are part of a blockchain are validated by multiple computers linked online.

Darin Feinstein, Blockcap’s executive chairman and founder, said Austin and Texas are perfect fits for the company, because they offer business-friendly environment and a skilled workforce.

“Austin is our home base from which we will pursue our mission and bring this great city closer to the center of the United States’ blockchain technology ecosystem,”  Feinstein said. “We also see the city as an ideal location from which to continue expanding our operations as we grow at both national and international levels.”

Blockcap has 12,000 machines mining per day, and that number is expected to grow to more than 30,000 by the end of the year, according to an industry publication, Cointelegraph.

In April, Blockcap announced it raised $38 million in a funding round led by Off The Chain Capital and Foundry Digital.  It said it would use the funding to scale the company’s mining operations and continue its growth.

Texas lawmakers weigh in on cryptocurrency

Cryptocurrency has been gaining traction in Texas. In March, Gov. Greg Abbott voiced his support of the digital currency on social media.

“Count me in as a crypto law proposal supporter,” he tweeted. “It is increasingly being used for transactions and is beginning to go mainstream as an investment. (Fidelity, etc. trying to get Bitcoin ETF). Texas should lead on this like we did with a gold depository.”

The tweet referenced an article from Cointelegraph about digital currency-friendly legislation currently proposed in Texas.

The Texas Blockchain Council, an industry association, has released a “Legislators Toolkit for Blockchain Technology” with short- and long-term proposals to encourage the technology’s adoption.

Texas has seen at least four bills related to cryptocurrency filed in the current legislative session.

Blockcap joins a long list of technology companies that have recently relocated to the Austin area or grown their Central Texas presence.  In December software giant Oracle, relocated its corporate headquarters to Austin.  In January, Digital Realty, which owns and operates data centers, said it was moving its headquarters from San Francisco to Austin. And last July, Tesla announced it would build a $1.1 billion manufacturing facility in southeast Travis County.