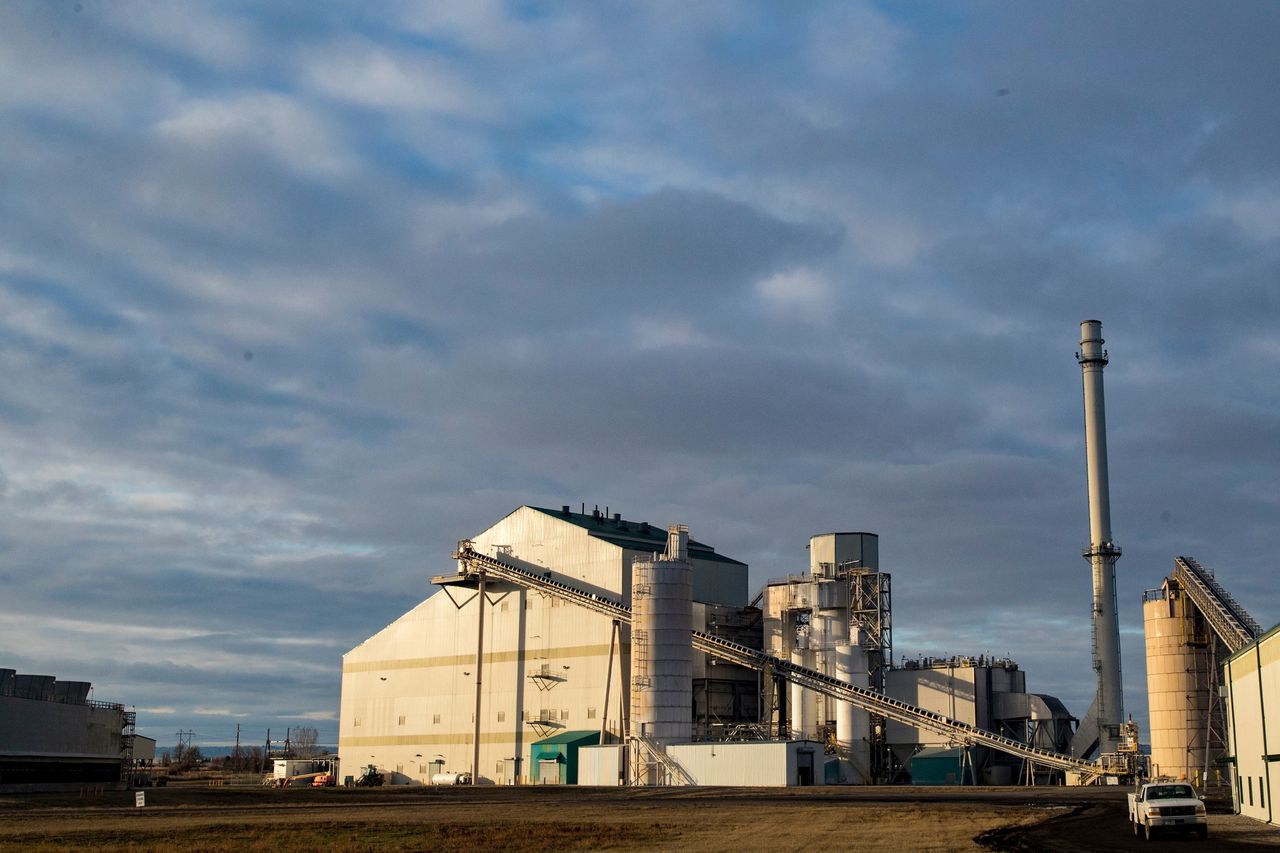 Across America, older fossil-fuel power plants are shutting down in favor of renewable energy. But some are getting a new lease on life—to mine bitcoin. In upstate New York, an idled coal plant has been restarted, fueled by natural gas, to mine cryptocurrency. A once-struggling Montana coal plant is now scaling up to do the same.

The lofty price of bitcoin and other cryptocurrencies has investors pouring money into power generation—and risking a backlash.

would no longer accept bitcoin as payment for vehicles over concerns about fossil-fuel use in bitcoin mining. That rocked the market; bitcoin prices are now down around 25% since last week.

The drive for power has its roots in bitcoin’s intractable mathematics: To operate securely, the cryptocurrency’s network relies on computers solving puzzles; in return the solvers get fresh bitcoin. The higher the bitcoin price, the more of these miners compete to solve the puzzles—a process that chews up electricity. The more competition, the harder the puzzles get and the more electricity is used.

Do you think cryptocurrency is here to stay? Why or why not? Join the conversation below.

The coal-fired Hardin Generating Station in Montana had been struggling for years. Late last year, a Nasdaq-listed miner called

partnered with Hardin’s owner to transform the power plant into a hub for mining bitcoin.

“It was an idle asset,” Fred Thiel, Marathon Digital’s chief executive, said in an interview. “We were able to get access to a large amount of power at a very attractive price.”

The project is in the process of scaling up, with more than 100 megawatts of power capacity planned. Marathon Digital, whose investors include

and the hedge fund Renaissance Technologies LLC, said that by tapping the Montana coal plant, its break-even costs to produce a bitcoin will fall to $4,600, 38% less than previously.

The company is aiming to produce at least 55 bitcoins daily by the first quarter of next year, up from an average of two a day in 2020.

Besides mining bitcoin, Marathon Digital said that as of March it had nearly $300 million worth of bitcoin on its balance sheet, in an effort to signal its confidence in bitcoin’s future and attract institutional investors to the stock who might want exposure to the cryptocurrency but were unable to or unwilling to invest in it directly.

One of the most ambitious—and controversial—projects comes from private-equity firm Atlas Holdings. Based in Greenwich, Conn., the firm specializes in turnarounds of troubled companies. It bought the Greenidge coal-fired power station in 2014 after the plant in Dresden, N.Y. had been shut a few years earlier because it was economically unattractive to operate.

Atlas first converted the plant to natural gas from coal. Then, last year, it launched a data center for mining bitcoin using power the plant generated. The company said it currently has 19 megawatts of mining capacity and plans to raise it to 85 megawatts by the end of 2022.

Last month, local campaigners led a march to the gates of the power plant, and some groups have written letters to New York’s Department of Environmental Conservation and

urging them to revoke the plant’s permits.

The state has declined to do so. Last month, however, the Department of Environmental Conservation said it was closely monitoring Greenidge’s planned expansion. It said it also would consult the U.S. Environmental Protection Agency about the facility’s greenhouse-gas implications.

which provides outsourced customer-support services. Under the deal, Support.com shareholders would get 8% of the combined company’s shares.

In exchange, Greenidge said it would use the cash on Support.com’s balance sheet to fund its expansion. There’s another potential benefit as well: Support.com has more than $145 million in federal net operating loss carryforwards, which could significantly lower the combined company’s taxes if the bitcoin operations prove to be profitable going forward.

Greenidge didn’t respond to a question on the potential tax advantages. It said last week it would begin purchasing voluntary carbon offsets and invest a portion of its mining profits in renewable-energy projects. Besides mining bitcoin, Greenidge said the power plant continues to send electricity to the grid.

“Greenidge has transformed an old coal-fired power plant into a clean, reliable source of power for thousands and an integrated data processing center mining bitcoin,” the company said in written response to questions. “We are grateful to enjoy great support from the local community.”

The project has drawn the attention of state lawmakers in Albany, where a bill under review would place a three-year moratorium on crypto currency mining amid emissions concerns.

“New York is literally the world’s headquarters for finance,” said state Sen. Kevin Parker, a Democrat who sponsored the bill. “But we also want that to be done in a way that comports with our values.”

The proposal is a problem for

the CEO of Digihost Technology Inc. In 2015, Mr. Amar and his son began building out mining capacity in northwest New York state, hoping to take advantage of cheap, clean power that comes from hydro generation around Niagara Falls.

Their company produces more than 30 bitcoins each month, and gets more than 90% of its electricity from hydro power.

This year, amid the bitcoin price surge, the company announced it would also buy a 60-megawatt natural-gas plant north of Buffalo, N.Y. It plans to initially direct 35 megawatts toward bitcoin mining while also sending power to the grid when it’s needed.

Mr. Amar said the company would partly fuel the plant with natural gas derived from animal manure and other sources.

At the same time, he said the company is considering leaving New York if the moratorium is imposed, potentially setting up shop in other states or Canada.

“What is the difference between a data center processing for Amazon and a data center for bitcoin?” he said. “Our goal and commitment is to be green as much as we can.”