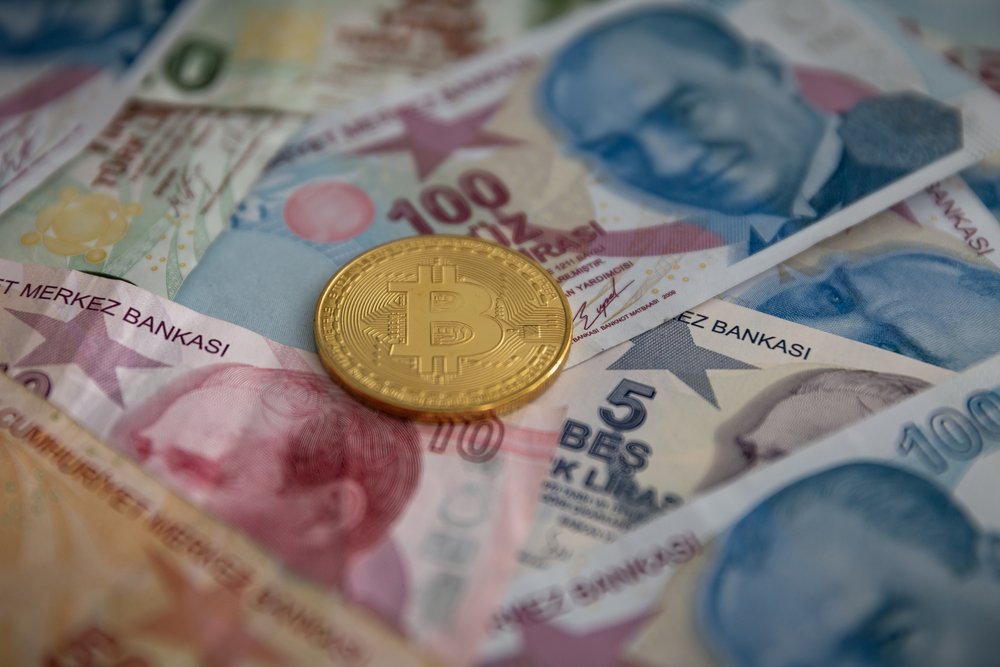 The cost to purchase one Bitcoin in Turkey’s peer-to-peer crypto markets has surged to over $100,000.

According to data fetched from LocalBitcoins.com, the minimum Ask price for Bitcoin has reached 509,840 Turkish Lira (~$64,000). Meanwhile, some offline exchanges demand as much as $100,000 in Lira for one flagship cryptocurrency, almost twice higher than its global Ask rate.

The astronomical price levels appear after a major slide in the Turkish Lira’s value. The currency plunged by as much as 14 percent on Monday after President Recep Tayyip Erdogan fired the country’s central bank governor, credited for pulling the lira out of its bearish trend earlier this year.

Naci Agbal, who had replaced President Erdogan’s son-in-law Berat Albayrak as the central bank governor, was a proponent of higher interest rates. His small tenure received applauds from local and foreign investors to move Turkey towards a more orthodox monetary policy.

Turkish Lira crashes against the US dollar. Source: TRYUSD on TradingView.com

Max Lin, an emerging-markets currency strategist at NatWest Markets, told the Wall Street Journal that Mr. Agbal’s removal was a sign that President Erdogan does not want to raise interest rates to contain Turkey’s explosive inflation, adding that the lira now risks plunging further lower due to current competitiveness.

“Unwinding what was briefly appropriate macro policy is going to be painful,” he told the Financial Times.

Bitcoin poses itself as a go-to financial asset against inflation.

The cryptocurrency, which operates away from governments and central banks’ purview, has emerged as an attractive hedge in countries undergoing catastrophic economic policy shifts. Venezuela and Zimbabwe’s hyperinflation, Greece debt crisis, and China’s capital control have earlier boosted Bitcoin’s appetite in the past.

Bitcoin is up ~1,500 percent since March 2020. Source: BTCUSD on TradingView.com

On the other hand, Google searches for the keyword ‘Bitcoin’ almost doubled after the Turkish Lira’s slide.

“A falling currency may be a blessing in disguise if it gets a country and its citizens into BTC much earlier than other countries,” Marc van der Chijs, a Netherland-based macro investor, said.

Meanwhile, President Erdogan has appointed Sahap Kavcioglu, a little-known professor of banking, as the new central bank chief. It has prompted analysts and investors to predict a sharp sell-off in Turkish assets that would remove all the gains made during Mr. Agbal’s tenure.

Robin Brooks, the chief economist at the Institute of International Finance think-tank, said Turkey faces the risks of massive capital outflows. In turn, it would weaken the lira further, which would bring further upside opportunities for Bitcoin.