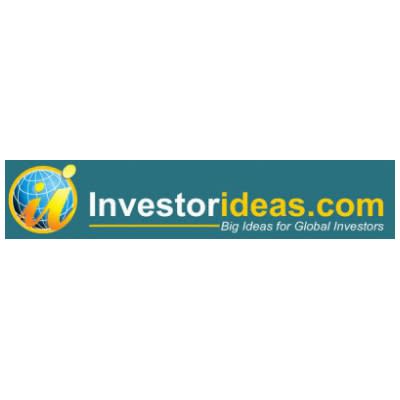 Forbes reports, “With San Francisco-based bitcoin and cryptocurrency Coinbase eyeing a valuation that could top $90 billion when it lists on the tech-heavy Nasdaq on Wednesday April 14, the bitcoin and crypto market is braced for one of its biggest ever weeks.”

Integrated Ventures Inc., (OTCQB: INTV), a company with a focus on the cryptocurrency sector is betting on a further long-term upside and is in expansion mode. The Company recently confirmed it has partnered with Wattum Management and entered into a 12-month Sales and Purchase Agreement with Bitmain Technologies Limited to acquire 4,800 Antminer model S19J (100 Th) digital currency miners.

In addition, Integrated Ventures has received (1) downside price protection and (2) right to replace S19JPro miners with new models, scheduled to be released in early 2022.

In addition to Bitmain order, the Company has purchased 150 WhatMiners, (“PO-2”), valued at $1,078,000. These miners will be installed in container facility, located in PA and managed by Wattum.

Riot Blockchain, Inc., one of the leading Bitcoin mining companies in the United States, reported operations update that includes an unaudited Bitcoin (“BTC”) production and an unaudited BTC holdings update, through March 2021.

On April 7, 2021, Riot announced a large-scale contract for the purchase of 42,000 S19j Antminers for $138.5 million from Bitmain Technologies Limited (“Bitmain”). This purchase represents a significant step forward in Riot’s strategic initiative to increase its Bitcoin mining hash rate, which is now estimated to reach approximately 5 exahash per second (EH/s) by the end of 2021, and 7.7 EH/s once fully deployed by the end of 2022. This level of growth represents a 93% increase over the Company’s previously estimated committed hash rate capacity of 4.0 EH/s by October 2021.

In connection with previously announced purchase orders with Bitmain in August 2020, 2,400 S19 Pro Antminers were shipped in late March and early April 2021, and are in the process of being received at Coinmint, LLC’s (“Coinmint”) facility in Massena, NY. Installation of these 2,400 miners is expected to be completed by late April, and upon deployment, Riot will have a total of 16,146 Antminers in operation utilizing approximately 51 megawatts (“MW”) of energy, with an estimated hash rate capacity of 1.6 EH/s.

Some of the Preliminary First Quarter 2021 Highlights included:

In the first quarter of 2021, Marathon’s mining fleet produced 196 newly minted bitcoins. By month, the Company’s bitcoin production was as follows:

As of March 31, 2021, Bitmain has delivered approximately 10,300 S-19 Pro ASIC miners to the Company’s mining facility in Hardin, MT, all of which were delivered on time and as scheduled. While Marathon continues to build out its Hardin, MT mining facility and install miners, adverse weather conditions in March created temporary installation headwinds. As a result, the Company’s active mining fleet at the end of the first quarter of 2021 consisted of approximately 6,800 miners, generating approximately 0.71 EH/s. New miners are being installed on a daily basis, and based on current delivery and installation schedules, Marathon continues to expect all previously purchased miners to be fully installed by the end of the first quarter of 2022.

All miners are currently expected to be installed and fully operational by March 31, 2022. At that time, Marathon’s total mining fleet will consist of 103,120 miners generating approximately 10.37 EH/s. Based on current schedules, Marathon’s hashrate is expected to scale as follows:

“Our business is in the midst of undergoing a substantial transformation,” said Merrick Okamoto, Marathon’s Chairman and CEO. “As our first quarter bitcoin production numbers indicate, we are clearly beginning to scale as new miners come online on a daily basis. In the first ten days of March, we had installed 3,000 miners at our Hardin facility before our installation schedule was impacted by adverse weather conditions. Fortunately, these delays were temporary. Bitmain’s shipments have continued to arrive as scheduled, and given our team’s ability to adapt to changing circumstances, we remain well positioned to continue building out our mining operations. At the start of 2021, our mining fleet consisted of 2,560 miners, generating 0.25 EH/s. By early 2022, our mining fleet will consist of 103,120 miners, generating 10.37 EH/s. That is a 4,081% increase in power in approximately one year.”

The current investor interest and momentum being generated around the cryptocurrency market is exemplified best through Coinbase, one of the most popular regulated cryptocurrency exchanges and depositories which is expected to be valued at more than BP this week, and is on course to make history as the first major crypto company to go public, paving the way to legitimise an industry marred with distrust from regulators and traditional investors.

Coinbase is the largest cryptocurrency exchange in the United States and lists about 50 cryptocurrencies for trading and is due to list on the Nasdaq this Wednesday, April 14th with a valuation that could run in excess of $90bn (£66bn).

It was most recently valued at $91.5bn – higher than BP’s current market capitalisation of $84bn. However, that price tag is predicted to inch closer toward $100bn on Wednesday, possibly even beating that of Facebook which was valued at $104bn when it went public in 2012.

“A crypto company moving to IPO is a big milestone,” said Nick Jones, CEO and Co-founder at cryptocurrency wallet Zumo. “Its moves like this that make consumers feel safer with crypto and ultimately boost confidence in the space.”

As cryptocurrencies continue to gain mainstream popularity, are being utilized in more daily transactions from real estate to paying taxes, and as institutional investors invest heavier in the crypto market, the sector seems poised for aggressive growth over the next few years.

Disclaimer/Disclosure:. Our site does not make recommendations for purchases or sale of stocks, services or products. Nothing on our sites should be construed as an offer or solicitation to buy or sell products or securities. All investing involves risk and possible losses. This site is currently compensated for news publication and distribution, social media and marketing, content creation and more. Disclosure is posted for each compensated news release, content published /created if required but otherwise the news was not compensated for and was published for the sole interest of our readers and followers. Contact management and IR of each company directly regarding specific questions. Disclosure: this news article featuring INTV is a paid for news release on Investorideas.com – party (fifteen hundred) More disclaimer info: https://www.investorideas.com/About/Disclaimer.asp Learn more about publishing your news release and our other news services on the Investorideas.com newswire https://www.investorideas.com/News-Upload/ and tickertagstocknews.com Global investors must adhere to regulations of each country. Please read Investorideas.com privacy policy: https://www.investorideas.com/About/Private_Policy.asp

To view the source version of this press release, please visit https://www.newsfilecorp.com/release/80180