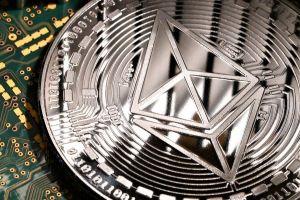 This Thursday has been quite an eventful day for the most popular smart contract platform, Ethereum (ETH), as its Berlin upgrade went live, its native token, ETH, hit a new all-time high, gas dropped lower, and the CME Group revealed the records reached by their ETH futures offering.

It introduced four Ethereum Improvement Proposals (EIPs) to the network related to gas costs, reducing them for certain transaction types, and including a new transaction format, ‘envelope’, which enables clients to interpret a transaction based on its type.

Ethereumprice.org shows that the gas price (in gwei, a measure of gas prices.) dropped further today, to 62, compared to 187 gwei on April 14.

Berlin follows the Istanbul and Muir Glacier upgrades, and had first been deployed on the testnets during March. The next upgrade will be London, which would include the hotly debated EIP-1559, and which is estimated to happen in July.

Meanwhile, as ETH rallied in Q1, hitting several all-time highs along the way, CME ETH futures saw “rapid growth” in customer interest and participation since their launch on February 8.

Ethereum Primed for Imminent Move That Could Dictate Its Performance for the Next Year, Says Top Analyst – Coin-News24.com