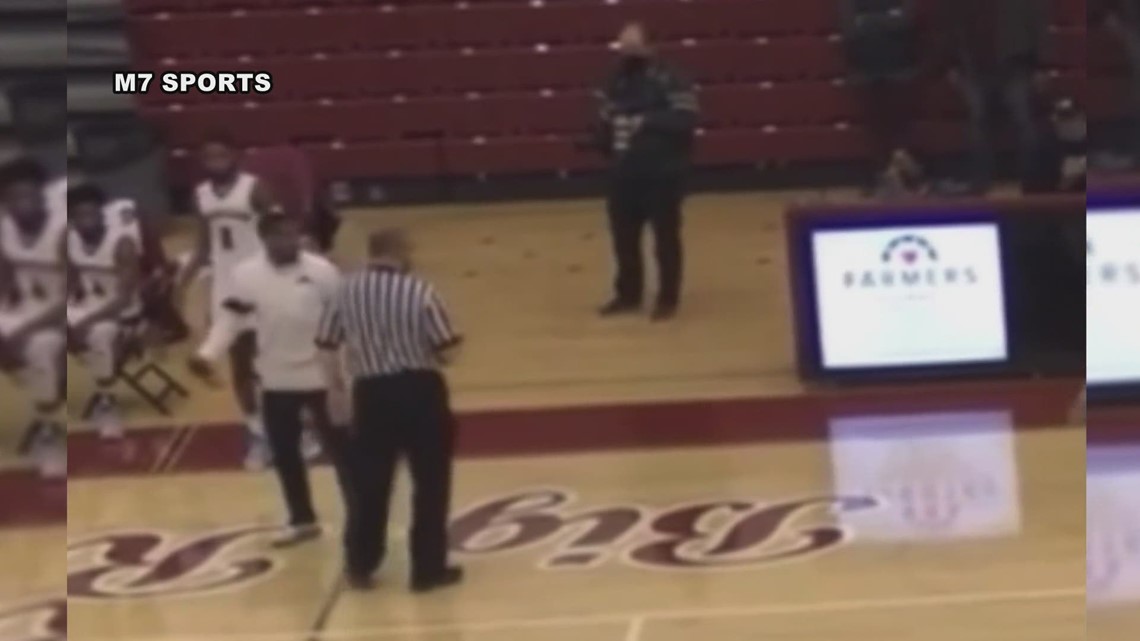 The charges stem from an incident at a high school basketball game last week.

MUSKEGON, Mich — A referee who was charged with assault, accused of putting his hands on and pushing a Muskegon basketball coach, has entered a not guilty plea.

Referee William Glenn Ripple, 69, was arraigned via Zoom Thursday by Muskegon County District Judge Geoffrey Nolan. Ripple posted a $1,000 bond and the District Court is scheduling a pretrial for April.

The MHSAA said in a statement Monday that it does not condone any official making intentional contact with a coach:

“The MHSAA takes these incidents seriously. The official involved will be notified of the penalty once the investigation has been completed. We do not share penalties released for players, coaches or officials, although we believe officials should be held to the same standards and consequences that a coach would face if the circumstances were reversed.”

Ripple was later suspended by the MHSAA.

►Make it easy to keep up to date with more stories like this. Download the 13 ON YOUR SIDE app now.