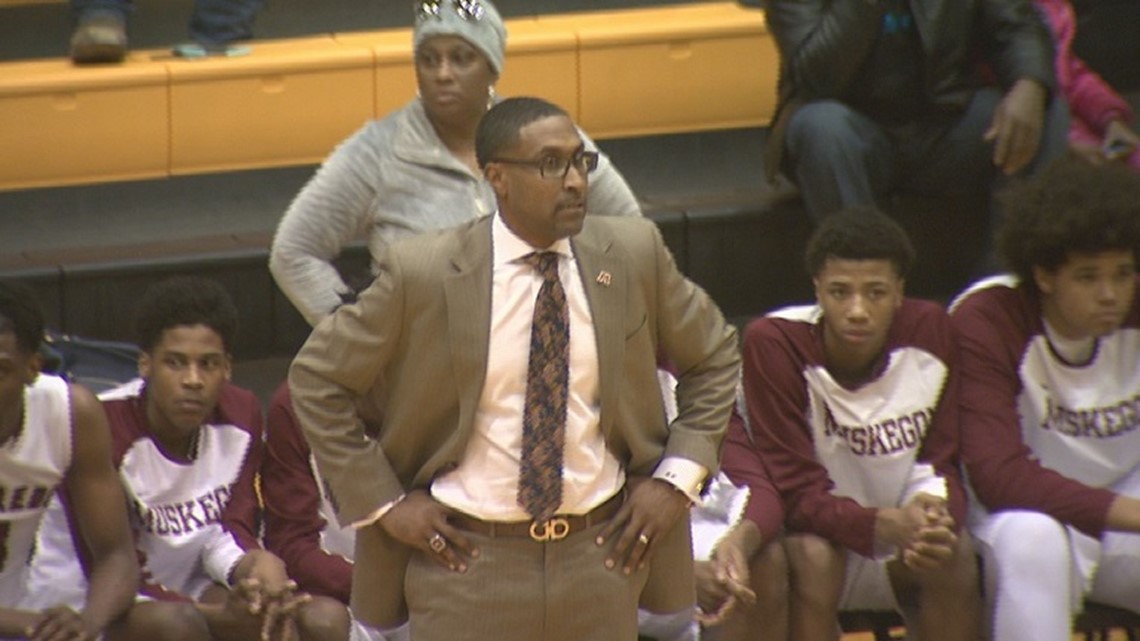 MUSKEGON HEIGHTS, Mich. — A Michigan high school basketball referee has been charged with assault for putting his hands on a coach and pushing him with about a minute left in a close game.