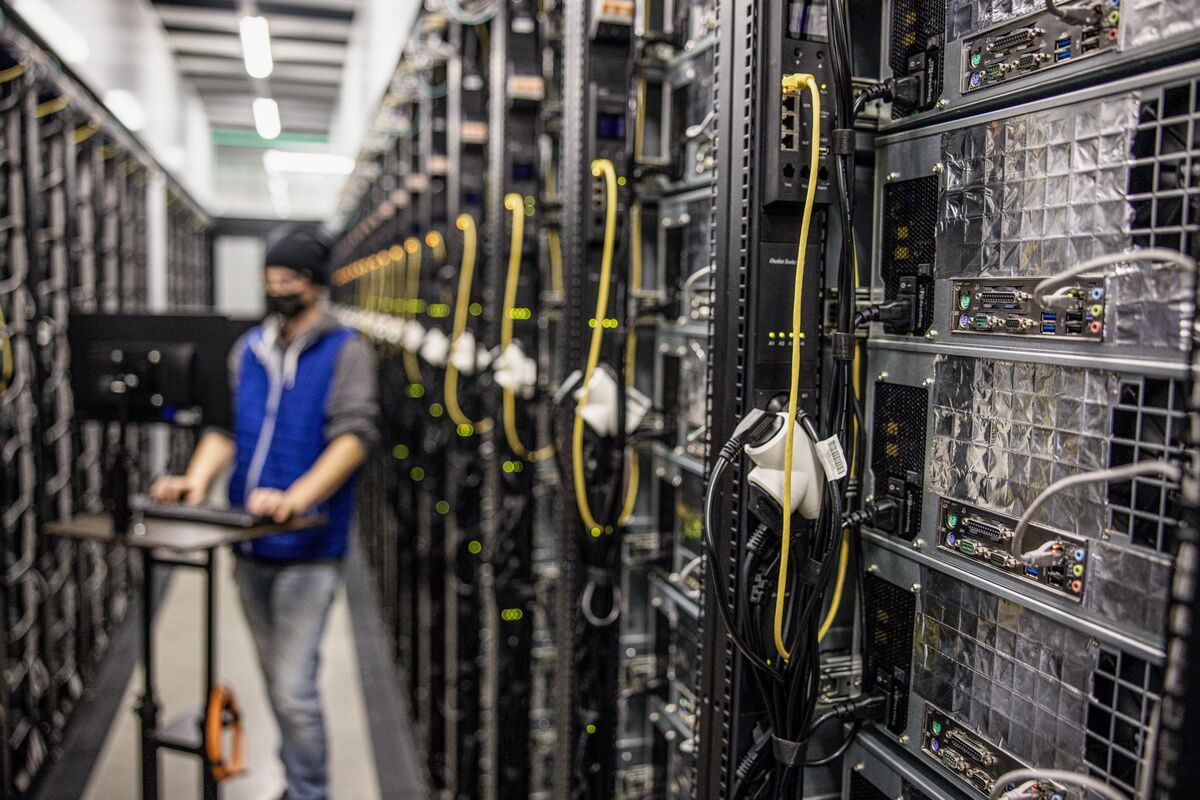 Bitcoin’s retail investor-driven surge has nothing on its miners and trading firms.

Just look at WallStreetBets, the freewheeling forum favored by amateur traders whose touts led to a frenzy in videogame retailer GameStop Corp.’s stock.

Reddit message board WallStreetBets has a “No Cryptocurrency” rule, which forbids posts devoted solely to digital tokens like Bitcoin and their underlying technology — there are offshoots like SatoshiStreetBets for that. But it’s littered with references to cryptocurrency miners. Posts and comments abound on RIOT, the ticker of Riot Blockchain Inc., and MARA, or Marathon Digital Holdings Inc. — two Bitcoin mining stocks whose rise of more than 7,600% in the past year as of March 12 has surpassed Bitcoin’s 10-fold surge.

“Oh, we can talk about RIOT now? Nice, I guess I can show this 16-bagger,” one user said using the investing forum’s language in a February post to brag about a 16-fold return on their investment.

Reddit didn’t create the mania for miners and cryptocurrency brokerage shares which have ridden the rally in Bitcoin in the past year, but inclusion of those names in the message board does reflect the allure of big crypto stock winners when Bitcoin is booming.

Crypto-linked stocks previously surged during the Bitcoin bubble in 2017, although at the time businesses like former iced-tea company Long Blockchain Corp. had little to do with Bitcoin and blockchain technology other than references in their names.

These days, there are a multitude of listed crypto firms with legitimate ties to the industry. Canadian broker Voyager Digital Ltd., up some 8,900% in the last 12 months through March 12, is another stock that has captured investors’ imagination as Bitcoin returned to the fore.

Meanwhile, digital currency trading platform Coinbase Global Inc.’s upcoming Nasdaq listing shows there’s still more to come for the space. It was said to be valued at roughly $90 billion in a private auction.

It’s a craze that analysts say could backfire: Bitcoin is volatile enough — buying stocks that are once-removed from the digital asset run an even bigger risk.

“Bitcoin and miners are fundamentally different investments,” Wang added, noting that returns “are related but will often diverge.”

Investors in Bitcoin largely need to worry only about price swings, alongside security, storage and other fees. Investing in a company also adds additional layers to consider, including the quality of the business and management, and wider market forces.

“It’s quite hard to do better than just holding Bitcoin itself, frankly,” said Vijay Ayyar, head of Asia Pacific with crypto exchange Luno in Singapore. “Owning an asset versus the business that produces that asset are quite different both from a cost and opportunity perspective.”

Gold, the historical standard store of value, is a case in point. The NYSE Arca Gold Miners Index, made up of shares in producers of the yellow metal, has fallen by more than 40% in the past decade; spot gold has climbed 20%.

Bitcoin miners also have to contend with sucking up more and more electricity to power the computer farms that produce the digital token. Regulatory and political scrutiny is another challenge.

For instance, China’s stock market largely missed out on the past year’s Bitcoin-fueled trading bonanza after a series of government crackdowns, including a 2017 ban on transactions between fiat and cryptocurrencies. More recently, China’s Inner Mongolia autonomous region banned cryptocurrency mining amid concern over energy consumption.

A Bloomberg-curated basket of some key Chinese blockchain-related stocks — including Shenzhen Forms Syntron Information Co., Shenzhen Ysstech Info-Tech Co. and Brilliance Technology Co. — is down about 12% so far this year as of March 12, according to data compiled by Bloomberg.

These companies are largely focused on using the blockchain technology that underpins cryptocurrencies rather than Bitcoin mining and trading. In contrast, Chinese Bitcoin mining rig maker Canaan Inc.’s U.S.-listed depositary receipts are up about 10-fold.

The attention on cryptocurrency stocks may get even hotter with the impending debut of exchange Coinbase. Coinbase’s listing “will be the true test of the public market’s appetite for the next Facebook and Twitter of technology,” said Jehan Chu, partner with crypto advisory and investment firm Kenetic Capital.

Before it”s here, it’s on the Bloomberg Terminal.