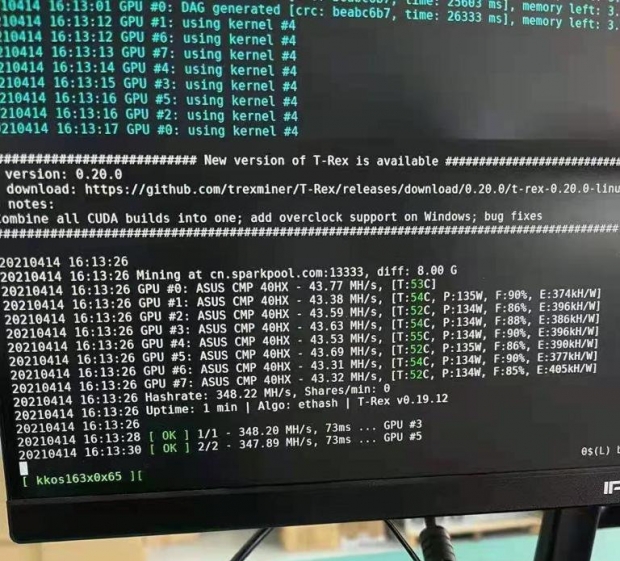 Each of the ASUS CMP 40HX mining cards is using 135W which makes them pretty power efficient for crypto mining, with its 8GB of GDDR6 memory and 185W TDP total — it’s 50W under TDP which isn’t bad at all. We also get a tease of the purported pricing, with pricing on the ASUS CMP 30HX mining GPU “initially planned” at $799, but the company has reportedly revised the MSRP to $599 — while the ASUS CMP 40HX that was teased today will launch at $699.

There’s been a hell of a lot of crypto mining and bitcoin mining news lately, with Bitmain recently revealing their new Antminer E9 Ethereum ASIC miner that packs so much hash rate mining power that you’d need 32 x NVIDIA GeForce RTX 3080 graphics cards to come close to it.