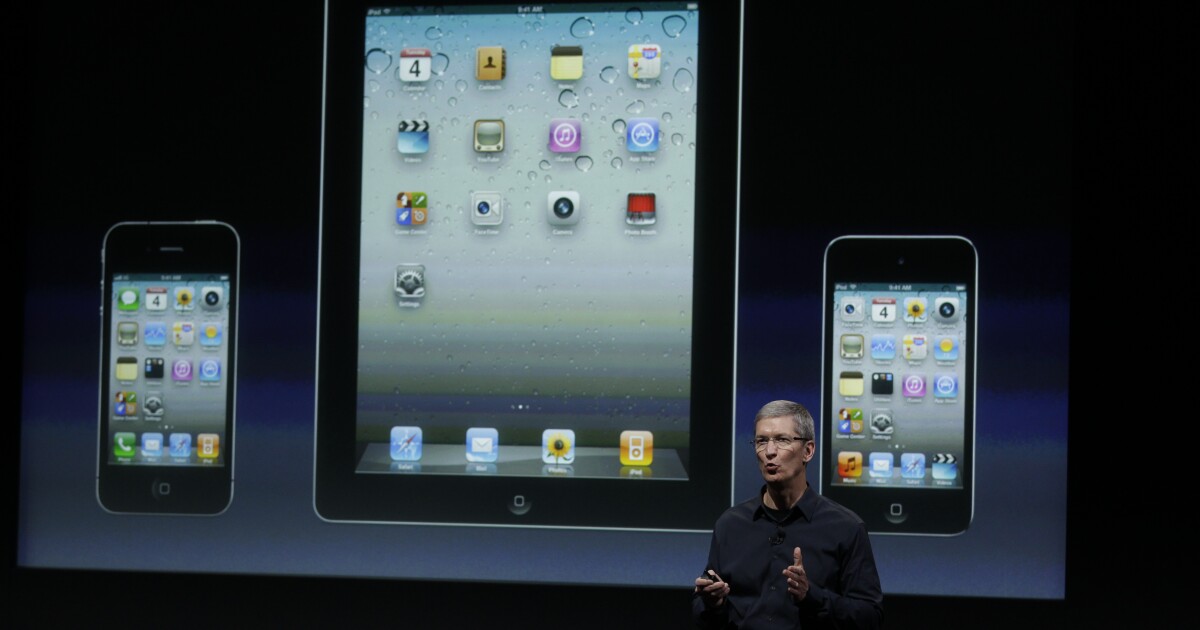 The iPhone maker is boosting U.S. spending to $430 billion over the next five years and doubling its hiring plans by 20,000 jobs.

It had said it would spend $350 billion in January 2018, just after Congress approved a big tax overhaul that cut corporate taxes.

Apple says it is stepping up investment as the U.S. begins rebuilding from the COVID-19 pandemic.

The company for years has emphasized its role in the U.S. economy to help counter criticism about its reliance on overseas factories, often taking advantage of local tax breaks.

Apple will invest $1 billion in North Carolina and the campus, in the Raleigh-Durham area’s Research Triangle Park, is expected to bring at least 3,000 new jobs to the state in machine learning, artificial intelligence, software engineering, and other fields. The workers will have an average annual salary of about $185,000.

Democratic Gov. Roy Cooper said that once Apple creates the jobs, the tech giant will be eligible for incentives he considers “transformational.”

Apple is slated to receive nearly $846 million in tax reimbursements over the next 39 years.

Cooper believes Apple’s announcement will encourage other companies to move to North Carolina and have a positive ripple effect on local businesses in the Raleigh area.

“Once this campus is up and running, it’s expected to generate more than $1.5 billion a year in economic impact to our state,” Cooper said in a news conference Monday morning.

The construction timeline is not yet clear, though state officials said Apple has told them it wants to get the new campus up and running as soon as possible.

“This is an important milestone that strengthens our position as a tech hub,” said Michael Haley, executive director of Wake County Economic Development.

Apple also said it plans to establish a $100 million fund to support schools and community initiatives in the Raleigh-Durham area and contribute more than $110 million in North Carolina infrastructure spending.

The company is also expanding its teams in Colorado, Massachusetts, Texas, Washington, New York, California, and other states.

State Commerce Secretary Machelle Sanders said the 3,000 positions Apple will create will be in addition to the company’s existing 1,100-worker footprint in the state.

In 2018, Apple unveiled plans to expand operations in Texas. Cooper said he believes the company’s decision not to move to North Carolina at the time may have stemmed in part from the passage of a 2016 law that required people to use the restroom of the sex assigned to them at birth. That law was partially repealed a year later.

The governor said he privately spoke with Apple CEO Tim Cook on Saturday, who explained that “he feels good about our diversity, inclusion and anti-discrimination landscape.”

“He feels good about this project, and they are just as excited as we are to build it,” Cooper said.