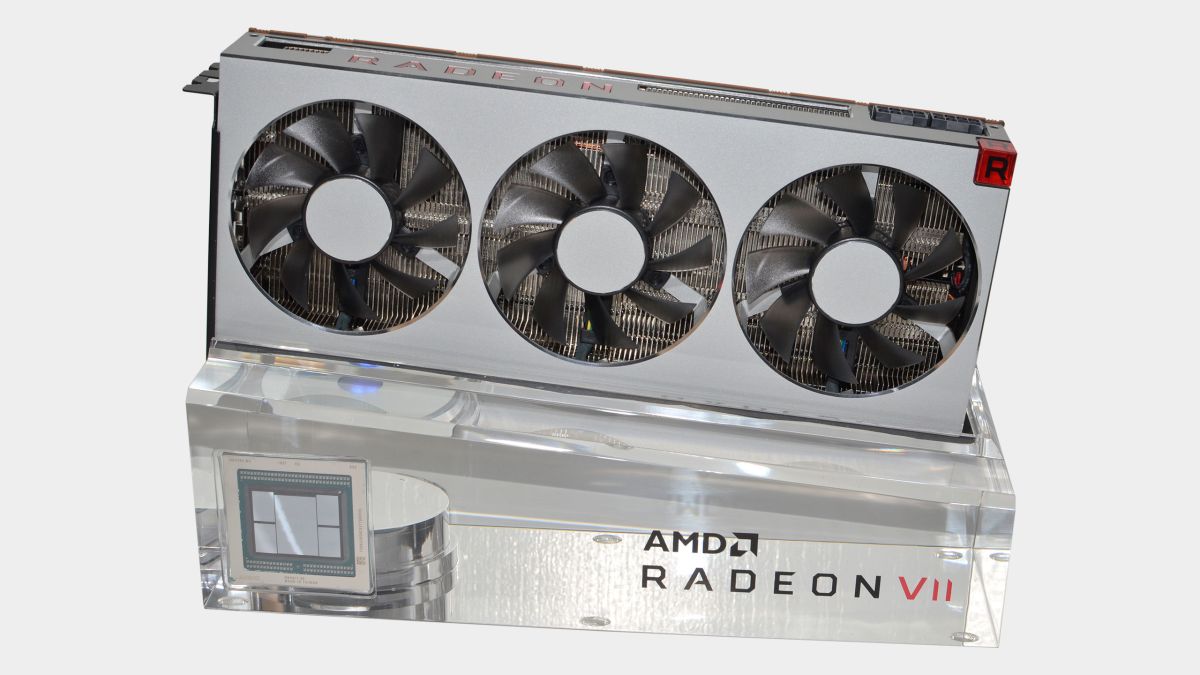 The AMD Radeon VII was one of the worst graphics card deals of all time, and yet two years later it’s actually the finest the red team has to offer GPU-based cryptocurrency miners. You might have assumed that the Radeon RX 6900 XT, with its $999 MSRP and powerful 7nm Navi 21 GPU would be the king of that much-maligned castle, but it’s actually a long, long way behind the old Vega-based card.

In fact, with some Linux tweakery the Radeon VII can push over 100 MH/s when mining Ethereum, which puts it within touching distance of the absolute top of the pile, the GeForce RTX 3090. Even without messing with AMD’s first 7nm GPU the card is still capable of beating the GeForce RTX 3080.

If you want any more evidence of the power of the Radeon VII when it comes to cryptocurrency mining then look no further than a quick Ebay search—there are a bunch of listings for pictures of the Radeon VII as people look to stick it to the bots scouring for mining GPUs. And definitely not to try and scam a quick buck; oh no, this is anti-mining activism.

So, why was the Radeon VII such a bad deal when it first arrived? It was AMD’s first stab at the ultra-enthusiast graphics card market in a long while, launching at the start of 2019, and its first 7nm silicon—hence the ‘VII’. It just about matched Nvidia’s GTX 1080 Ti in terms of performance, well, in some places.

Which also meant it was just a little behind the RTX 2080, but at the same power draw and price. And without any hint of the potential Nvidia was minting with its inaugural ray tracing GPU. It was competitive, however, and that was the main thing.

The big problem, and the thing which makes me still feel sorry for the poor folk who forked out $699 at the time, was that the $399 Radeon RX 5700 XT launched just five months later and basically offered the same level of gaming performance, making the Radeon VII effectively redundant.

But now cryptocurrency mining is back, and profitable again, and the Radeon VII is finally worth the money people paid for it, with a reason to be dropped into a live motherboard again. You can make yourself $10 profit per day mining Ethereum with it, or else ship it onto Ebay and sell it for $2,000.

Not that I’m condoning the ecological disaster that GPU mining represents, but at least that way you might be able to afford the offensive price-gouging that’s going on for actually worthwhile gaming GPUs.

Vitalik Butterin says ‘The Merge’ of Ethereum is near us, can happen in August – TechStory