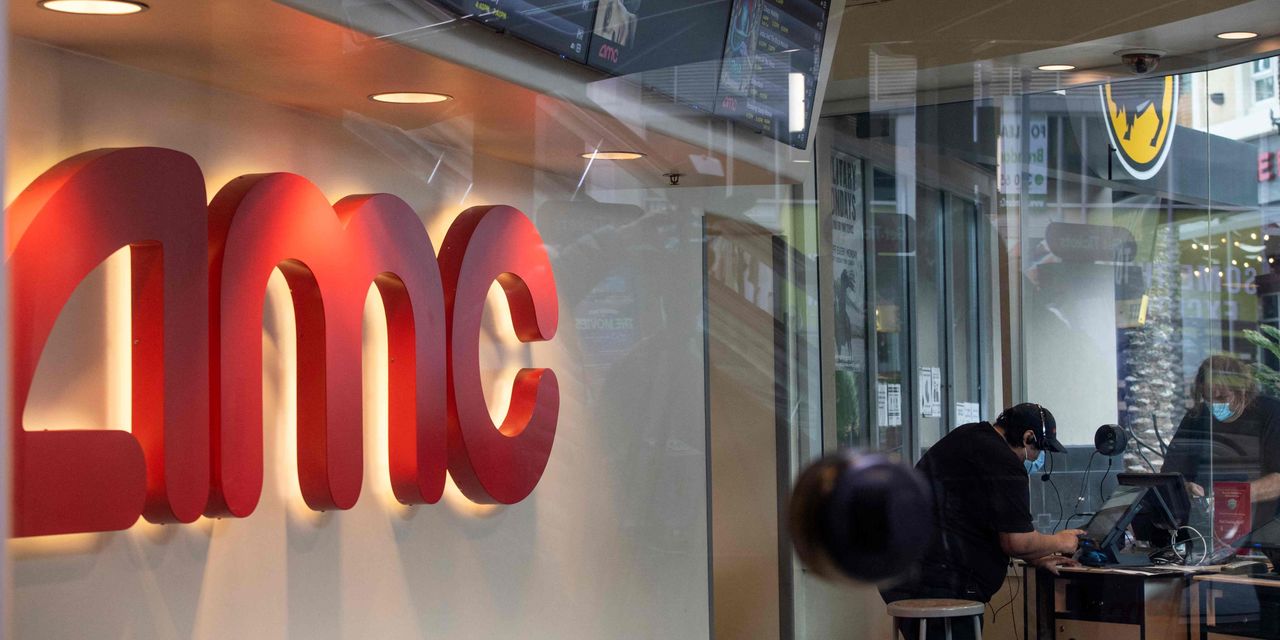 Shares of AMC Entertainment Holdings are locked in an unprecedented year-to-date rally that has the movie chain’s shares up over 2,300% in 2021, and the surge has also taken a batch of exchange-traded funds on a wild, stratospheric ride.

is up 14.6% for the week and up more than 36% in the year to date. The ETF tracks an index of 50 U.S. listed stocks that are widely held in brokerage accounts of SoFi based on a weighted average.

AMC Entertainment
AMC,
,
which surged to a record on Wednesday and now boasts a market value of $28.6 billion, accounts for nearly 26% of the ETF due to its market cap surge, according to FactSet data. Tesla Inc.
TSLA,

shares are second, representing 6.25% of the fund, while the other popular meme stock, GameStop Corp.
GME,
,
is about 6.23% of the ETF.

AMC’s stock was about 15% of the ETF to start Wednesday and had been around 5.5% originally, according to ETF.com.

The ETF rebalances monthly, but the surge in AMC highlights the challenges that the social-media driven asset can play on funds and other investments.

also finds itself in a similar predicament, with a suddenly amplified weighting of AMC.

The fund, which was up almost 8% Wednesday, had found itself at the start of the day with an AMC weighting of more than 10% but the surge is also likely driving the weighting even further. Booking Holdings Inc.
BKNG,
.
, and Sysco Corp
SYY,

are the No. 2 and 3 most heavily weighted assets in the ETF, as of Tuesday’s close.

appeared to missing out on the more pronounced moves being enjoyed by the meme stock community. Although, VanEck’s BUZZ ETF holds GameStop, as well as shares of Palantir Technologies
PLTR,
,
DraftKings Inc.
DKNG,
,
and Novavax Inc., it doesn’t have AMC Entertainment, according to FactSet data. BUZZ was up 1.6%.

and the Nasdaq Composite Index
COMP,

AMC’s big surge on Wednesday comes as the company said it was launching AMC Investor Connect to put it in direct communication with its “extraordinary base of enthusiastic and passionate individual shareholders,” to keep them up-to-date about company information, and to provide them with special offers.

That move comes as AMC’s retail shareholder base has grown to more than 3 million over the last several months, and owned more than 80% of the company’s shares outstanding.

AMC and GameStop have been favorites among individual investors on social-media platforms like Reddit and Discord. Those companies are among the batch of so-called meme stocks that soared during a frenzied rally in January. Meme assets are those that move on social media sentiment rather than financial fundamentals.

These Are Three Cryptocurrencies That Could Potentially Make You Rich – BNB Chain, Moshnake And Ripple

If You Invested $1,000 In Ethereum Classic, Dogecoin And Ripple (XRP) In March 2020, Here’s How Much You’d Have Now By Benzinga