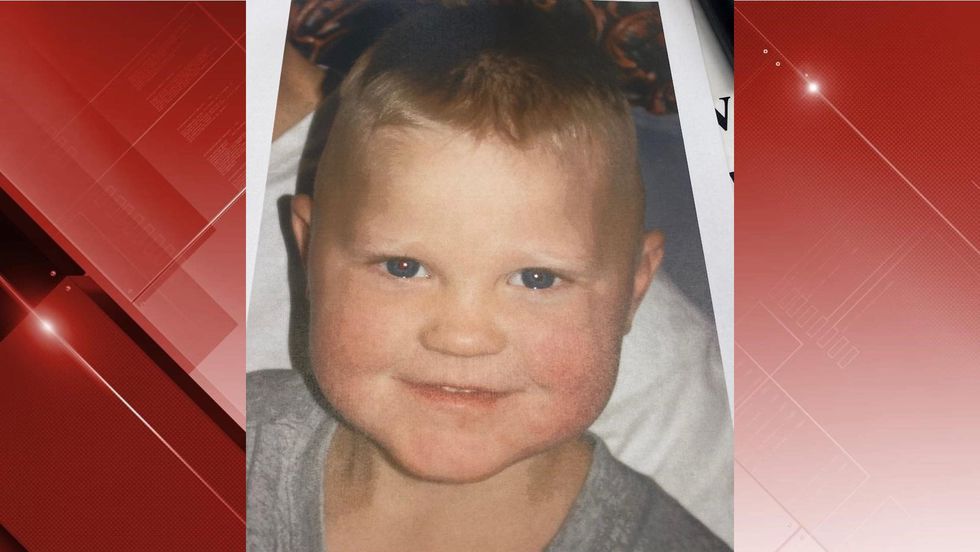 GILES COUNTY, Va. (WDBJ) – UPDATE: An AMBER Alert was issued on behalf of Noah by the Virginia State Police who says the child is believed to be in extreme danger.

The little boy has blonde hair, blue eyes and is 2-foot-9 inches. He weighs approximately 33 pounds.

UPDATE: The Giles County Sheriff’s Office is searching for 2-year-old Noah Gabriel Trout after he was abducted from a church nursery Sunday.

An unidentified woman took Trout from a nursery at Riverview Baptist Church in Ripplemead and left with the toddler in a dark colored van or SUV, according to the Giles County Sheriff’s Office.

The 2-year-old has a red birth mark on the back of his neck and was last seen wearing a gray t-shirt and a bright orange jacket.

In earlier reports the sheriff’s office said the suspect’s vehicle had an Army sticker on the back and was possibly heading toward West Virginia.

EARLIER STORY: Rich Creek Police are asking for help locating a child that was taken from Riverview Baptist Church at around noon Sunday.

The Giles County Sheriff’s Office issued a “code red” for the missing two-year-old boy on Sunday. He weighs approximately 50 pounds and was wearing a gray t-shirt.

The boy has a red birthmark on the back of his neck.

Authorities believe he is possibly with a male and female on the way to West Virginia in an older model black van with an Army sticker on the back.