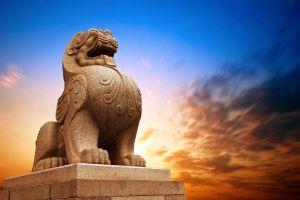 As China is sending more negative news to the crypto market, altcoins are once again suffering the most.

USD 253m worth of trading positions were liquidated in the crypto derivatives market in the past four hours, per Bybt.com data.

China will crack down on bitcoin mining and trading activities as part of efforts to fend off financial risks, Reuters reported, citing the State Council’s Financial Stability and Development Committee.

“The new guidance issued from the regulatory agencies – they’re taking it more seriously, they want more enforcement,” Bobby Lee, Founder and CEO of crypto storage provider Ballet, told Bloomberg. “But in terms of the rules, it’s the same in terms of what’s allowed and not allowed. There’s talk about going after miners. The question is, can they catch all the miners.”

However, per Matt Maley, Chief Market Strategist for Miller Tabak + Co, it’s not really the mining issue that is the problem.

“They say they’re doing this as part of an effort to control risk taking in their markets, but it’s really a signal that China is not going to be a big market for cryptos unless it’s a PBOC-controlled one,” he told Bloomberg.

A primer to the ‘LOOT’ effect on Ethereum’s network you didn’t know about – Coin-News24.com