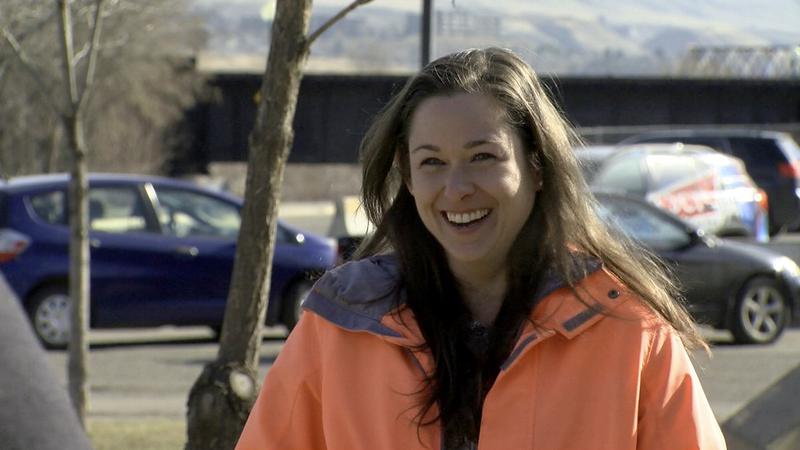 The stranger at the till who purchased the food — Dee-Anna Irwin — has been a dollar store employee for years, and likes to cover small costs for customers now and then. This time in particular, she says she felt compelled to help the teacher in line.

“For her to go that extra mile for her students, counting out her change, the least that I could do was to cover her bill for her,” Irwin says. “I don’t even think it was 20 bucks. It didn’t seem like that big of a deal at all to me at all, I’ve done it I don’t know how many times before.”

It wasn’t an expensive haul of food, but Chase says she walked away feeling inspired.

She inquired with friends on social media about what she could do to repay Irwin, and the kindness snowballed from there. Several people gave Chase money to purchase gift cards for restaurants and grocery stores, and the educator soon returned to the dollar store with a variety of gift cards, a small potted plant and kind words.

“I think there were three pages of comments of people saying just how overwhelmed they were,” explains Chase, who printed off the social media post’s comments to give to Irwin. “My family in the Netherlands were commenting, ‘I have tears in my eyes’ — just beautiful things. My sister-in-law lives in England and said, ‘Can I share this story with my students in the big assembly?’, and I was like, ‘Oh, okay. Sure!’”

Irwin says reading these comments floored her. As a single mom working in retail, she says she has used school lunch programs for her son and has a deep appreciation for teachers who go out of their way to care for students.

Chase is planning to involve her class with the next act of kindness and has a lot of gratitude for the woman who inspired her.

“And you know what the most amazing thing was? She didn’t even remember doing that for me!” Chase recalls having to jog Irwin’s memory about the act when she returned to the store, “Like I knew it — you are a giver, and you don’t keep track of these things.”

It wasn’t a large-scale event by any means, but both women say that day-to-day exchanged provided a little extra faith in humanity.

“One small thing. It’s that ripple effect, right?” says Irwin, “If everybody did something small like that, how big would the ripples get?”