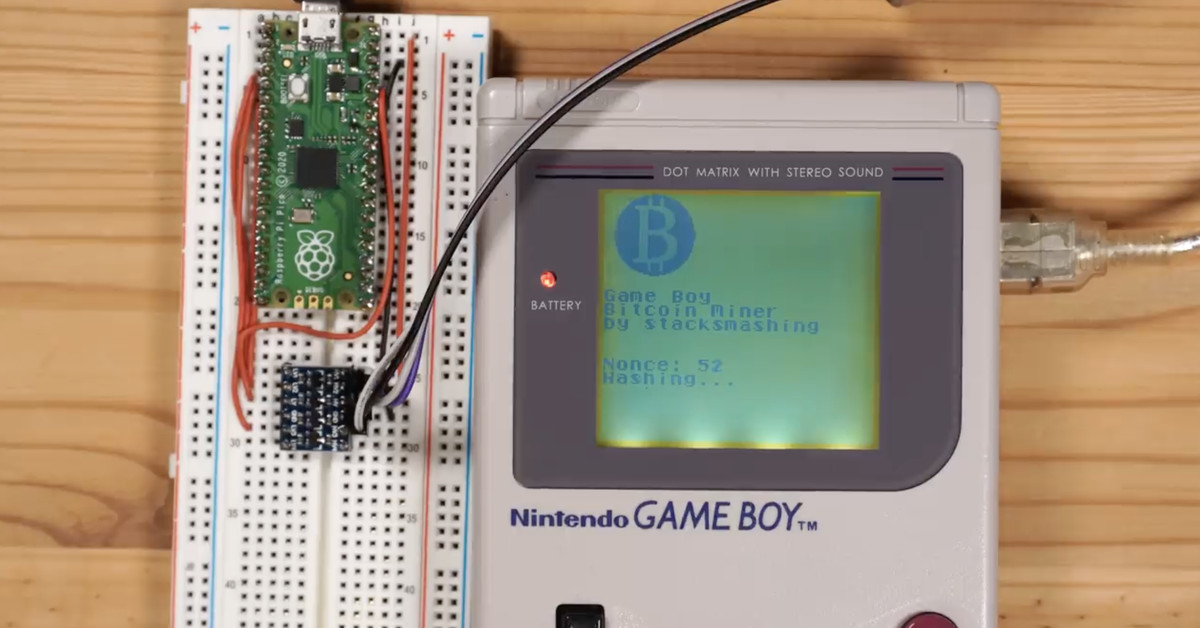 If your desire to mine bitcoin has been thwarted by a lack of GPU stock and flimsy BIOS locks, YouTuber StackSmashing may be able to help. They’ve made a Game Boy miner, which only needs a Game Boy console (and a slightly modified Link Cable), a Raspberry Pi Pico, and a regular computer (via Tom’s Hardware).

The conceit of the project is that all of the mining happens on a stock Game Boy, which was released a full 20 years before bitcoin was invented. Of course, it does need some help: the Game Boy can’t actually connect to the internet, and it can’t hold the entire blockchain. To deal with that, StackSmashing uses the Pico and Link Cable to connect to the computer, which is running a bitcoin node. After it’s connected, the Game Boy runs the hashing program from a programmable cartridge, and even plays a fun animation while it’s mining.

Given that the Game Boy is slightly slower than today’s dedicated mining machines (it apparently runs at 0.8 hashes per second, while some of the fastest ASIC miners run 125 trillion times faster, at 100 terahashes per second), it’s astronomically unlikely that StackSmashing would be able to actually mine any bitcoins. However, when they set up a new bitcoin blockchain with no records on it, they were able to confirm that yes, the Game Boy was able to successfully mine blocks. Who’s ready for GameCoin?