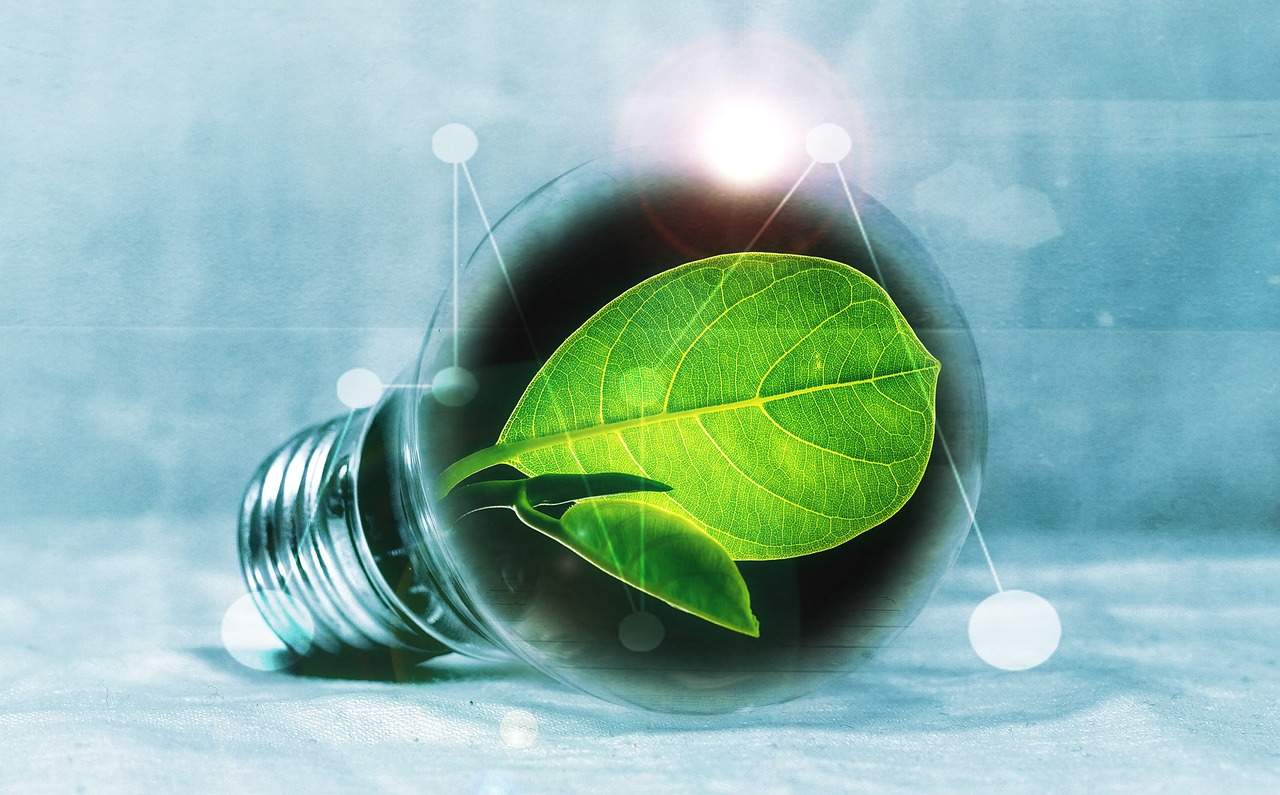 Bitcoin launched in early 2009. In the 12 years that have followed, we have heard far too many arguments against Bitcoin and other cryptocurrencies. Skeptics love to fantasize about new ways to bash cryptocurrencies and their supporters. Every hack, every stolen Bitcoin provides them an opportunity to tell how terrible cryptos are.

Their strongest arguments against Bitcoin, and other proof-of-work (PoW) cryptocurrencies, revolve around unsustainability. Proof-of-work is a consensus protocol that enables network participants to approve and record new sets of transactions in a decentralized and cryptographically secure way. While highly secure and decentralized, PoW’s major problem is that it has a massive appetite for energy. Basically, it is not an environment-friendly way of crypto mining. So, all cryptocurrencies using a PoW protocol for operation consume tonnes of electricity to process transactions.

From the “go-green” and environmental awareness perspectives, the unsustainability argument of crypto skeptics holds water. It is based on facts about the spiking energy demand of cryptocurrencies such as Bitcoin. Even the leading technologist and businessman Bill Gates expressed his concerns about Bitcoin’s energy consumption.

To put things into perspective, Bitcoin consumes over 90 TWh of electricity annually. That means, if Bitcoin were a country, it would rank among the top 30 energy consumers across the globe. 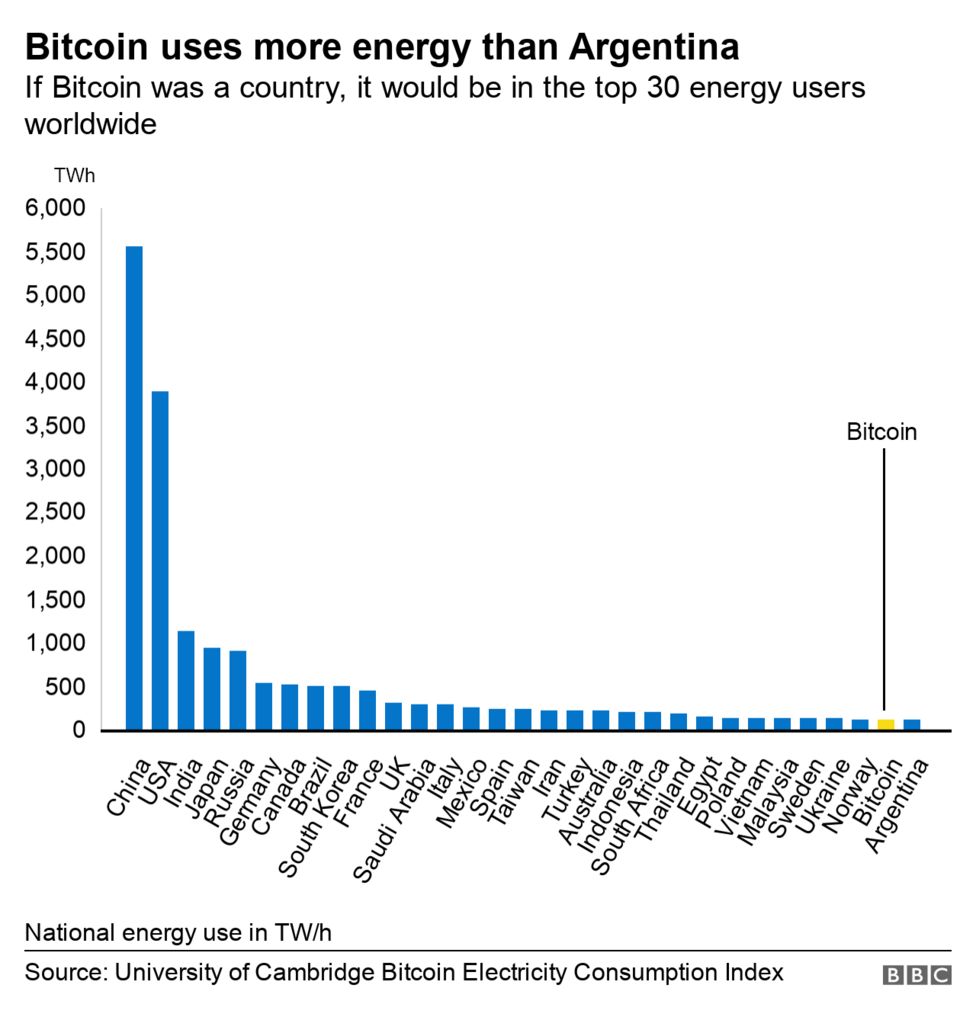 Besides, each Bitcoin transaction has a carbon footprint equivalent to 390 kg CO2, which is the same carbon footprint generated by 870,195 VISA transactions or 65,438 hours of watching Youtube. The reason behind this is Bitcoin’s need for miners to use high-end computing devices to solve cryptographic puzzles for network operation.

But that wasn’t always the case, and it won’t always be. Bitcoin’s energy consumption was far lesser only a few years back. In February 2017, Bitcoin consumed an estimated 9.5 TWh of electricity annually. We’re looking at a 10x increase between 2017 and 2021 (90 TWh). When Bitcoin launched, the energy consumption was almost negligible as miners could mine cryptos using their personal computers. 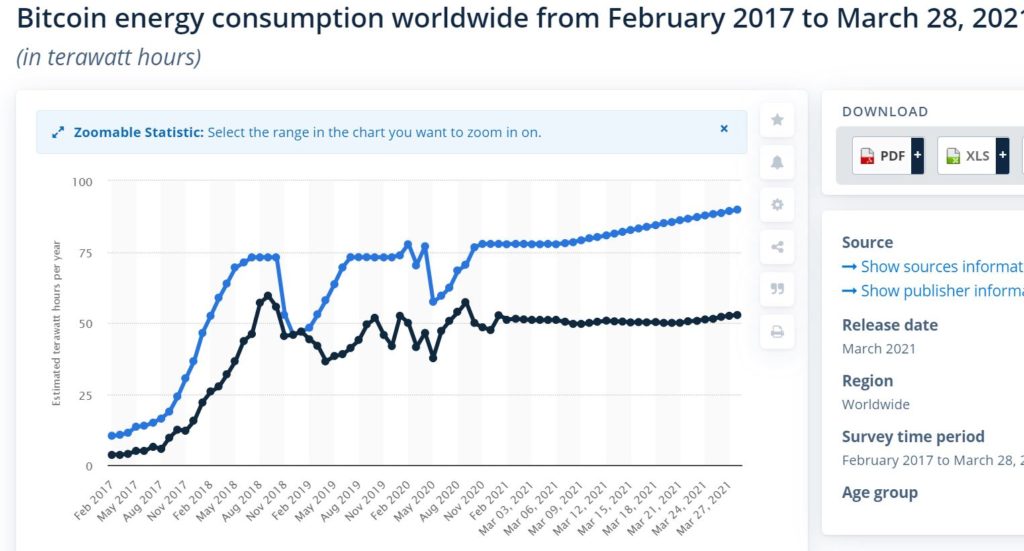 As a matter of fact, the energy consumption of Bitcoin will only grow as it becomes more mainstream. In addition, we mustn’t forget that Bitcoin is not the only PoW cryptocurrency. There are others whose energy consumption may eventually scale to the same heights and negatively impact the environment.

So, what do we do? Do we let crypto skeptics win, dump all mining rigs, sell off our cryptos, and let the hope of having a better financial system vanish into oblivion?

Their argument against them

As humans of the 21st century, none of us can point fingers and call out others for using unsustainable means. We are all in it together. Bitcoin is not the first thing we have seen that is consuming such extensive amounts of energy.

From running industries to driving vehicles and using air conditioners, everything is unsustainable in one way or the other. In fact, we are at the tipping point of using unsustainable sources of energy such as coal, oil, and gas. That’s the reason why there’s such extensive debate about using renewable energy resources for both domestic and industrial purposes.

If we look from that perspective, Bitcoin certainly isn’t our biggest part of the unsustainability chapter. Still, that does not excuse its contribution toward polluting the ecosystem. This is why even crypto proponents today stress over the use of sustainable means to mine Bitcoins.

To every crypto skeptic’s surprise, mining firms already use renewable energy resources to mine cryptocurrencies. And the numbers may render an even bigger shock.

A 2019 study by CoinShares found that almost 74% of all Bitcoin mining operations used renewable energy. The report quoted that Bitcoin mining is “more renewables-driven than almost every other large-scale industry in the world.”

However, the industry still has a huge gap to fill in terms of making its operation almost entirely based on renewable energy. While many crypto mining firms now use renewable energy, individual miners still rely on the usual household electricity supply, which comes from non-renewable sources.

Recent projects like Terra Pool by Argo Blockchain or iM Intelligent Mining are helping bridge the remaining gap on the industrial as well as the individual level. These are projects aimed toward bringing green energy into Bitcoin mining.

For example, apart from using solar energy like many other crypto mining firms, iM Intelligent Mining also uses simple principles of thermodynamics to capture the heat of their mining devices, which then powers the mining rigs throughout the night.

As of now, iM Intelligent Mining has proven its ability to capture 10-25% of the heat generated by its mining devices. The firm is currently working to make its process more efficient and capture 50% of the heat.

Making its mining operation sustainable is one thing, but offering individual miners a more profitable way to mine cryptocurrencies using sustainable means is a whole new game. And iM Intelligent Mining effectively does this through a decentralized approach. It allows individuals to invest in their rigs and generate a bigger profit than they would by employing a personal mining rig. Similarly, Terra Pool is a relatively new project that claims to be starting the first Bitcoin mining pool for users that is powered completely by renewable energy.

There’s no doubt that more mining firms will soon join the bandwagon. All things considered, it is safe to assume that in the next few years, almost all cryptocurrency mining operations will be powered by renewable energy. So, at this time and at this rate of the crypto industry’s progress toward green energy, it would be unfair to call crypto mining a dirty business.

The concern about sustainability is much appreciated. It is what drives us in the right direction and helps keep our processes environment-friendly. Maybe without the critical arguments against Bitcoin mining, we would still be stuck with dirty energy. That would’ve been terrible. But we are far from that and the sustainability argument against cryptos will no longer hold water. That being said, crypto skeptics should now ponder for better arguments.